NEW HAVEN – One week ago, a New Haven police captain was critically injured in a shooting that killed another man. And while the manhunt intensifies for t... 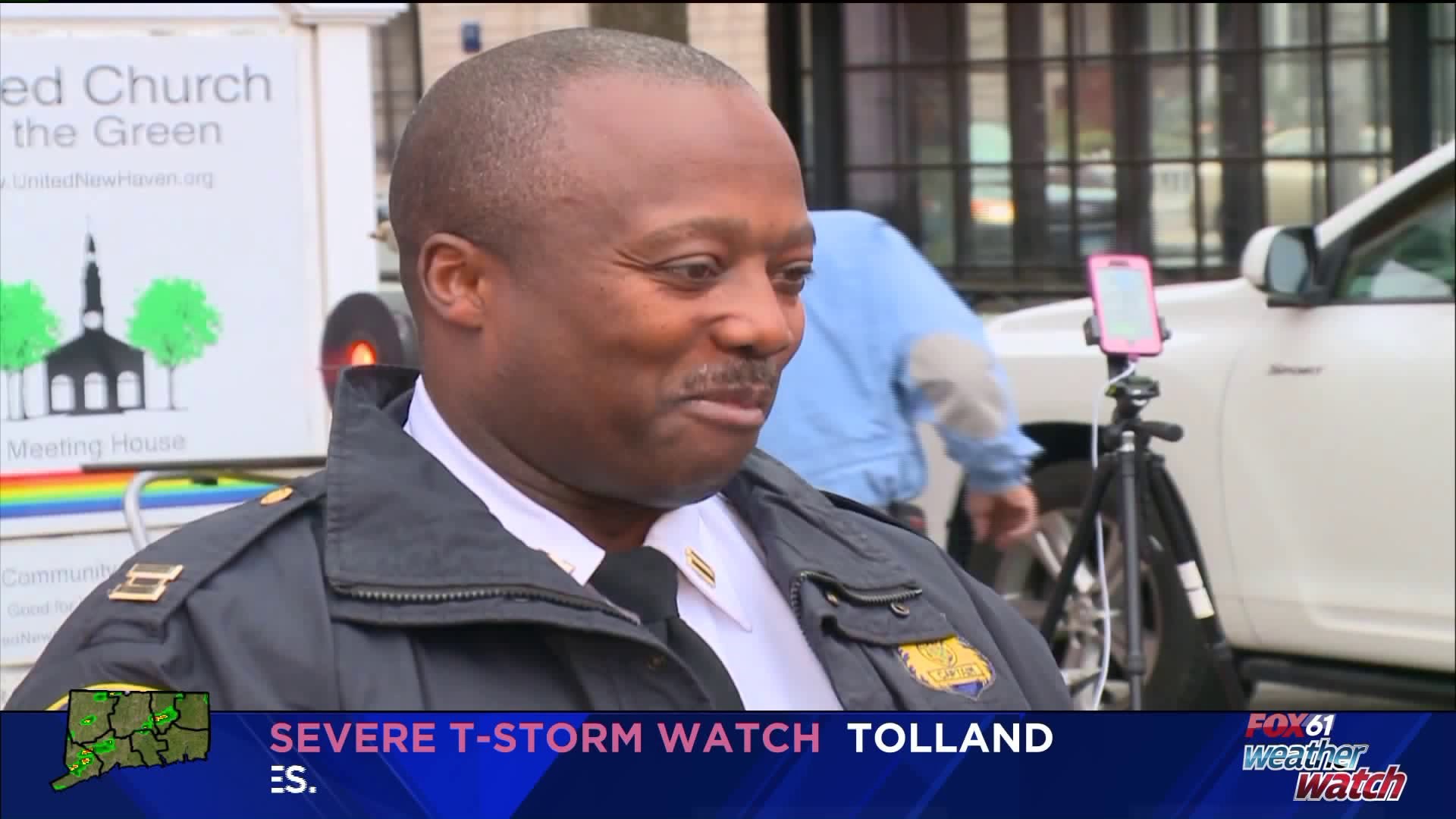 NEW HAVEN - One week ago, a New Haven police captain was critically injured in a shooting that killed another man.

And while the manhunt intensifies for the shooting suspect, there is great news about the health of Captain Anthony Duff.

“He’s going to be discharged in the near future,” said Interim Police Chief Otoniel Reyes. “We will keep you posted on that. But, as of right now, we do not know when he will be released from the hospital.”

Duff’s first grandchild came home from the hospital on the same day Capt. Duff was rushed to one.

He was shot and leaning up against some apartment steps on Henry Street.

“I arrived there and it was something that I was just not expecting to see,” said Kendall.

“And now he’s in the position where he really truly needs not only myself, but his other brother and sister officers,” Kendall said.

So they used their training to assess the situation and applied tourniquets.

“I honestly didn’t know if that would be the last time that I would see Capt. Duff,” said Kendall. “And, the decision had to be made that we needed to go.”

So Sgt. Kendall was among those that rode in the ambulance with Capt. Duff.

“You know, by the grace of God and you know his will power and inner strength, we were able to make it to the hospital,” Kendall remembers.

“The family, everyone is very grateful for all the support and the outpouring of support from the community and from everyone,” said Chief Reyes.

The chief said he could not discuss details of the investigation but understandably called this investigation the priority of the department.

“Yale Police Department, Hamden Police Department, the State Police, the FBI, the ATF, the DEA, the States Attorneys office, said Reyes, rattling off a list of investigating agencies. “It has definitely rocked every single member of our law-enforcement and Public Safety family.”

Sgt. Kendall has been among the many men and women in blue to visit Capt. Duff in the hospital

“I actually didn’t know what I would be walking into and I think he was more concerned about me and the other officers than so much about himself,” she said.

Chief Reyes told FOX61 last week that, when Capt. Duff is released from the hospital, officers will be lined up outside the hospital and he will receive a personal police escort home.