WASHINGTON — Lawmakers are expected to convene Saturday on Capitol Hill, as a plan to fund the government has yet to come to fruition. This comes just a d...

WASHINGTON — Lawmakers are expected to convene Saturday on Capitol Hill, as a plan to fund the government has yet to come to fruition. This comes just a day after members of Congress and President Donald Trump failed to come to an agreement on a deal, resulting in the third government shutdown this year.

On Friday, Vice President Mike Pence, budget director Mick Mulvaney and the President’s son-in-law, Jared Kushner, came to Capitol Hill, where they stayed into the evening after both the House and Senate adjourned for the night.

Funding for roughly a quarter of the federal government expired at midnight, including appropriations for the departments of Homeland Security, Justice, Housing and Urban Development and other parts of the government. This is the first time in 40 years that the government will have been closed three times in a year.

Connecticut’s 1st District congressman, Rep. John Larson (D), said “Border security is imperative in our nation, however building a $5 billion wall is not the answer and not the security measures our country would need. This funding is a waste of American taxpayers’ hard-earned money. Between Secretary Mattis resigning, the President pulling troops out of Syria and Afghanistan, and the stock market plunging, the President’s decision to have a government shutdown over a border wall is throwing our country into chaos. This is not the way to run our country.”

The funding legislation that earlier this week seemed certain to pass both chambers was thrown into limbo on Thursday when Trump told House GOP members he would not sign a bill unless it included $5 billion to fund a border wall.

Representative Joe Courtney (D) of the state’s 2nd district issued a statement that read in part “The President’s last-minute gamble to leverage a shutdown to extract demands for his border wall will only create chaos and uncertainty in agencies across our government. Unfortunately, eastern Connecticut will feel the impact of a shutdown first hand. Among many examples, the United States Coast Guard is going to be the one military service that takes the hardest hit as many will continue to serve and protect our nation even as they will not receive pay.”

On Saturday’s FOX61 Morning News, Connecticut Senator Richard Blumenthal said that the shutdown was unnecessary and was only caused because Trump changed his mind at the last moment. 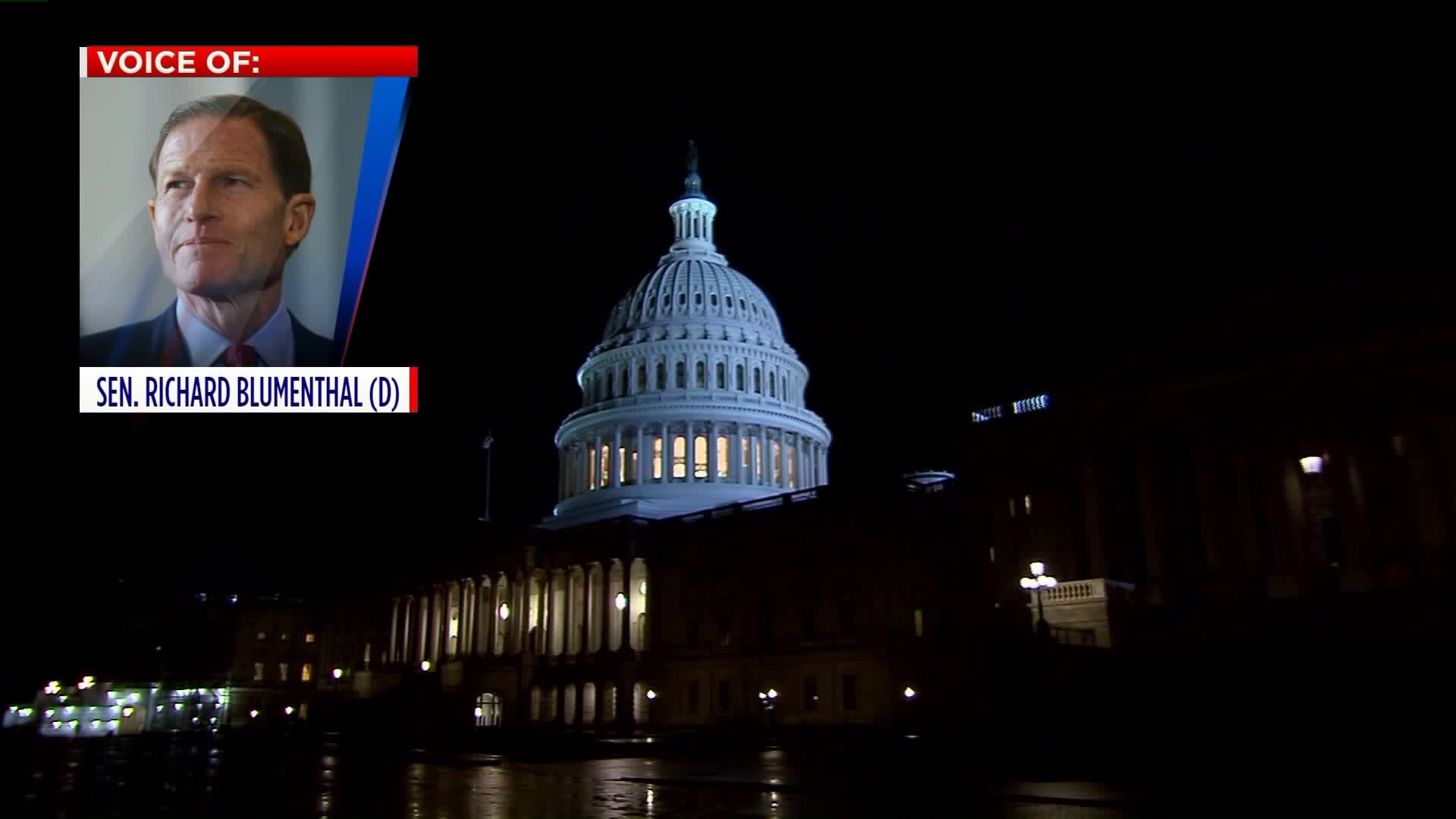 Despite the House of Representatives passing a bill on Thursday, which included this demand, it was clear on Friday that there was not enough support in the Senate for the bill, including the $5 billion for the wall, to clear.

Friday night, a path forward appeared ambiguous, as all sides seemed stagnant in their demands days before the Christmas holiday, when Congress was expected to be out of session.

Trump earlier on Friday predicted a shut down, but placed the blame on Democrats, saying "it's really the Democrat shutdown, because we've done our thing.

"The chances are probably very good" that there is a shutdown," Trump said Friday afternoon.

He later added: "Now it's up to the Democrats as to whether we have a shutdown tonight. I hope we don't, but we're totally prepared for a very long shutdown."

And in a White House-produced video posted on Twitter two hours before the government was partially closed, Trump said, "We're going to have a shutdown. There's nothing we can do about that because we need the Democrats to give us their votes." He added, "The shutdown hopefully will not last long."a

When he appeared to be leaving on Friday night, however, Senate Majority Leader Mitch McConnell said "constructive talks are underway."

When he was asked if he would be coming back to participate in the talks, the Kentucky Republican said, "as I've said repeatedly, we need Democratic votes and presidential signature."

A person familiar with Pence, Kushner and Mulvaney's five-hour trip to the Capitol said they made it clear that the initial request that included just $1.6 billion for the wall wasn't going to cut it.

"There is no quick end to this," said one source with direct knowledge of the talks.

If a deal is to be reached, votes could happen as early as Sunday.