BRIDGEPORT — Super Bowl 51 is just over a week away! While both teams continue to plot their game day strategies, it’s clear one team will be “... 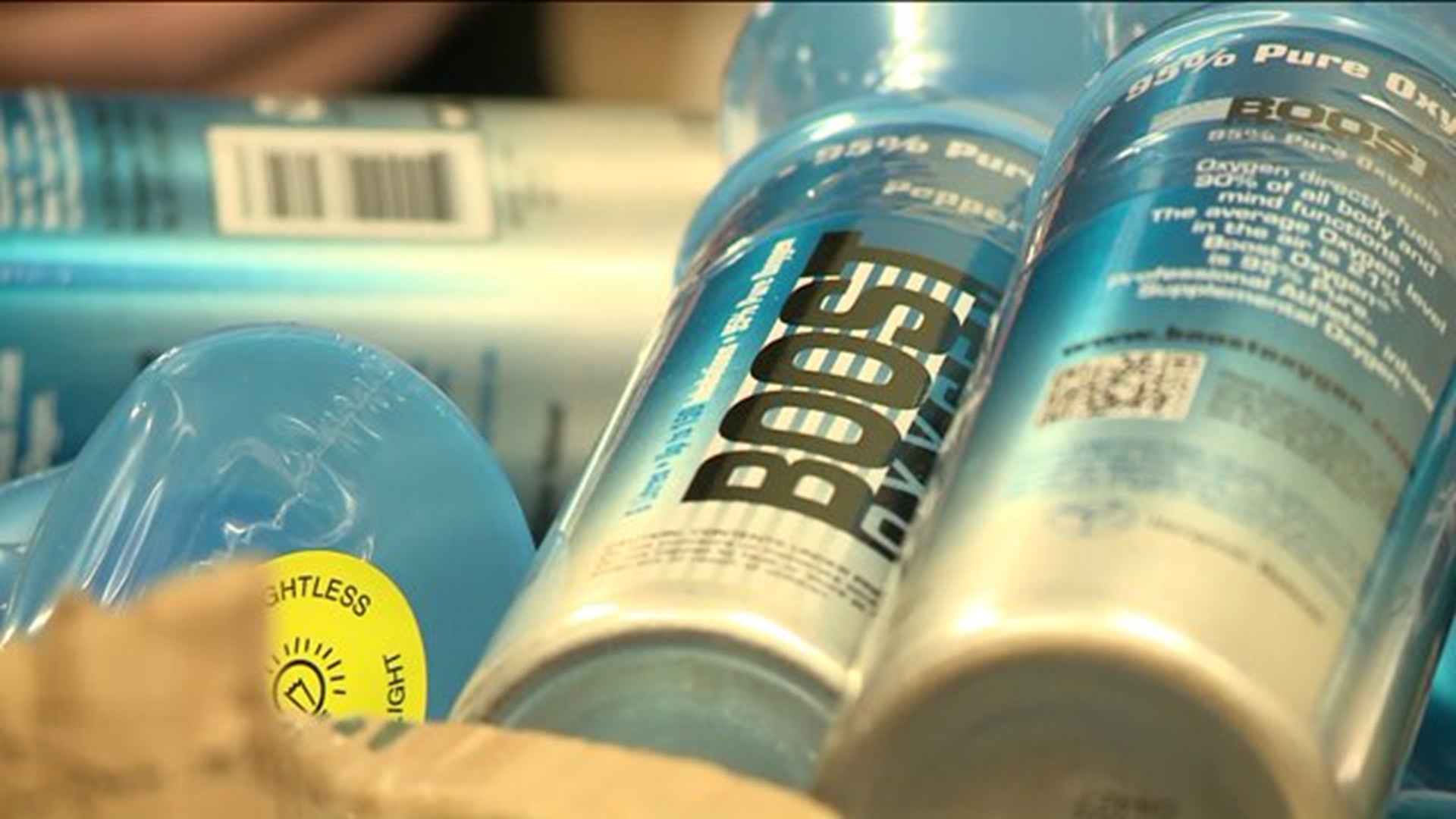 BRIDGEPORT -- Super Bowl 51 is just over a week away! While both teams continue to plot their game day strategies, it's clear one team will be "airing" things out.

Bridgeport-based Boost Oxygen will be providing the air -- 95 perfect oxygen. Boost Oxygen is billed as supplemental oxygen for athletes and has made its way to professional sports locker rooms and sidelines. Rob Neuner, the president of Boost, saw sales fly after his canned O2 was seen on American Idol last year.

"You take the oxygen, put it to your mouth and breathe it in," Neuner said. "If you're depleted in Oxygen, you could, theoretically, add more oxygen to your system."

Neuner noted that NHL teams like the Islanders, Rangers, and Flyers have ordered his product, and, at the beginning of the NFL season, the Atlanta Falcons called.

"We sent some to them. The players really liked it and the players asked for it on the sidelines," Neuner said. He added that his product provides the same oxygen system that is seen on NFL benches but Boost offers it in a portable version.

"I'm rooting for the Pats but I'm hoping the Falcons aren't winded because we're supplying them the oxygen," Neuner, a Patriots fan, laughed. "Hopefully the Patriots will take us on next year."