WINDSOR — A Connecticut comedian has completed a 3,000-mile walk across the country to raise money for America’s troops. On Tuesday evening, Tom Con... 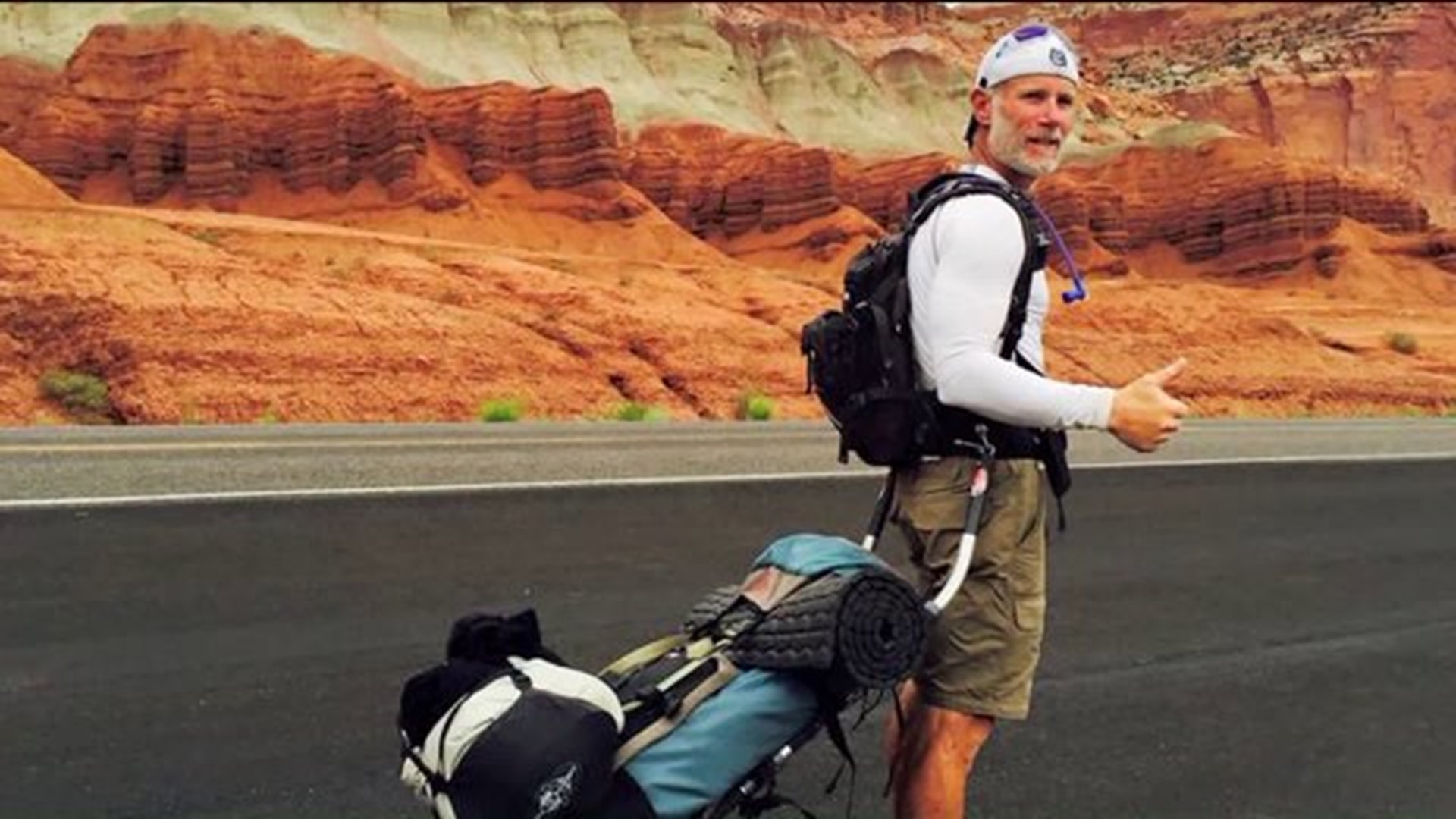 WINDSOR -- A Connecticut comedian has completed a 3,000-mile walk across the country to raise money for America's troops.

On Tuesday evening, Tom Connolly reached the last stop of his journey in his hometown of Windsor, Connecticut. He started the trek back on April 25 in Los Angeles, California.

"The weather, the terrain, everything just kicked my tail," said Connolly during a welcome home celebration on the Windsor Town Green.

Connolly said it was his mission that kept him going through long 30-mile days and sleeping in a tent for five months. Throughout the walk, he was raising money for Operation Gratitude, a non profit that sends care packages to troops overseas, as well as veterans.

Connolly says that like comedy, these care packages can lift their spirits.

Several veterans from Windsor were there to welcome Connolly home on Tuesday.

"It's wonderful thing. It makes all the difference in the world, I'd really appreciate it," said Vietnam veteran Mickey Bunk.

Connolly said people all over the country helped him out. Some offered up a place to stay.

"At the end of the day to just ask them if I can set up my tent on your lawn. I have not been turned down once," he said.