PARIS – While the world watched as the Notre Dame Cathedral went up in flames and smoke Monday, Pierce Cordeau of Goshen could only think one thing: he was luck... 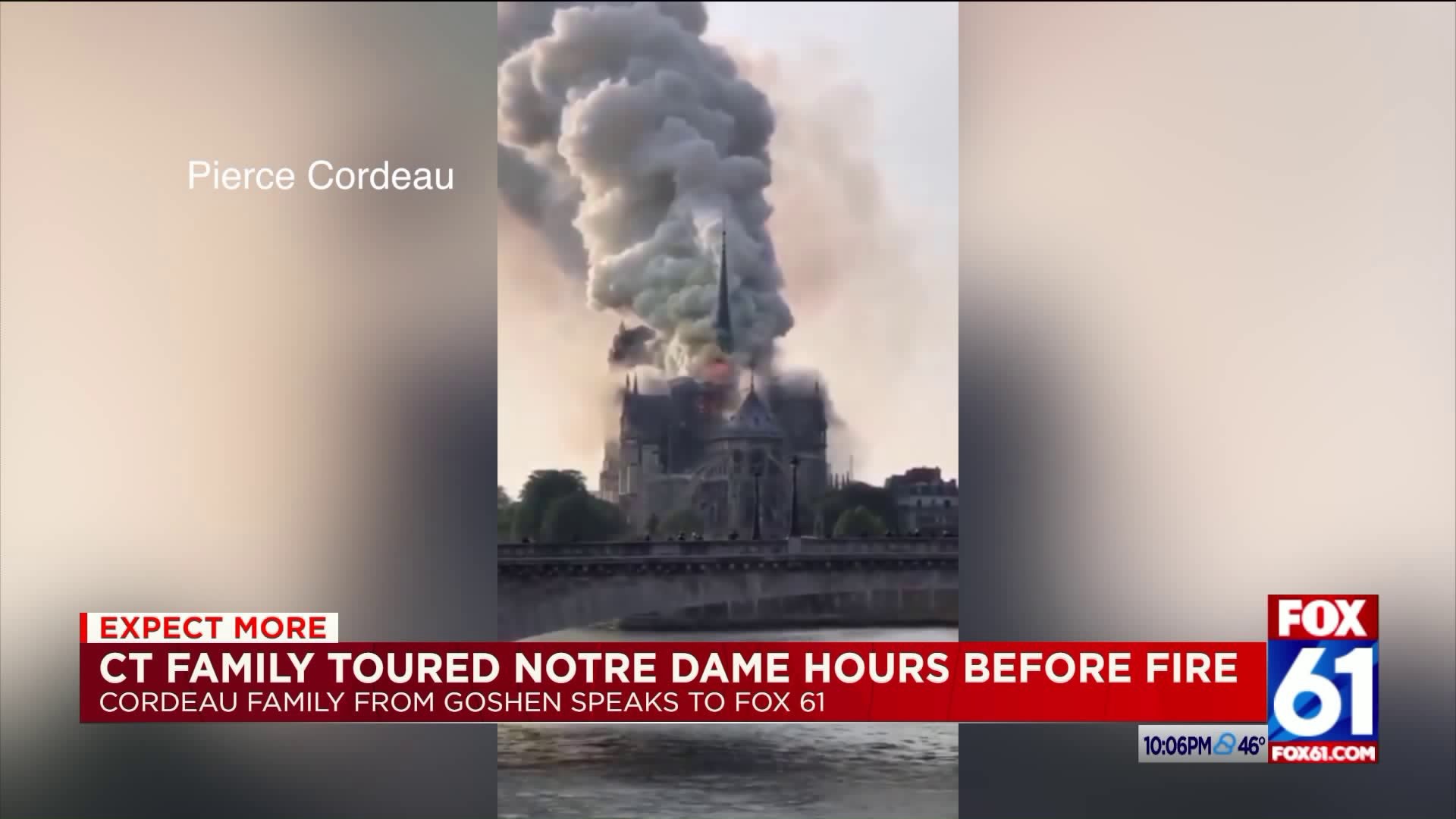 PARIS – While the world watched as the Notre Dame Cathedral went up in flames and smoke Monday, Pierce Cordeau of Goshen could only think one thing: he was lucky.

Cordeau and his parents were some of the last people inside the Notre Dame before the tragic inferno.

They could hear the sirens, then they saw the smoke.

“We actually saw the smoke as we came down from the Eiffel tower,” Pierce told FOX 61 Monday night.

“I feel very, very lucky and fortunate, Pierce said, “because if this had been any worse than it was —and it was terrible—but if it had been worse and the entire thing gone, then you just gotta understand how fortunate you are to be able to have seen something two hours within the time that it was destroyed.”

The family is in Europe for spring break. They spent Monday in Paris to celebrate Pierce's mother's birthday. Pierce and his father Peter spoke to FOX 61 from their hotel in London.

“It was quite a day,” Pierce’s father Peter said, “this is our first time in Europe so we tried to pack as much as we could on a day trip to Paris.”

Pierce, who attends Wamogo Regional High School, was already interested in the building’s historical significance. “I myself am very interested in the history of Europe and France and so is my family,” Pierce said, “so the Notre Dame was one of the many places in Paris that we wanted to go.”

“We didn’t really appreciate the significance of that building until we were in it,” Peter said, “and then witnessing the fire is something we will never forget.”