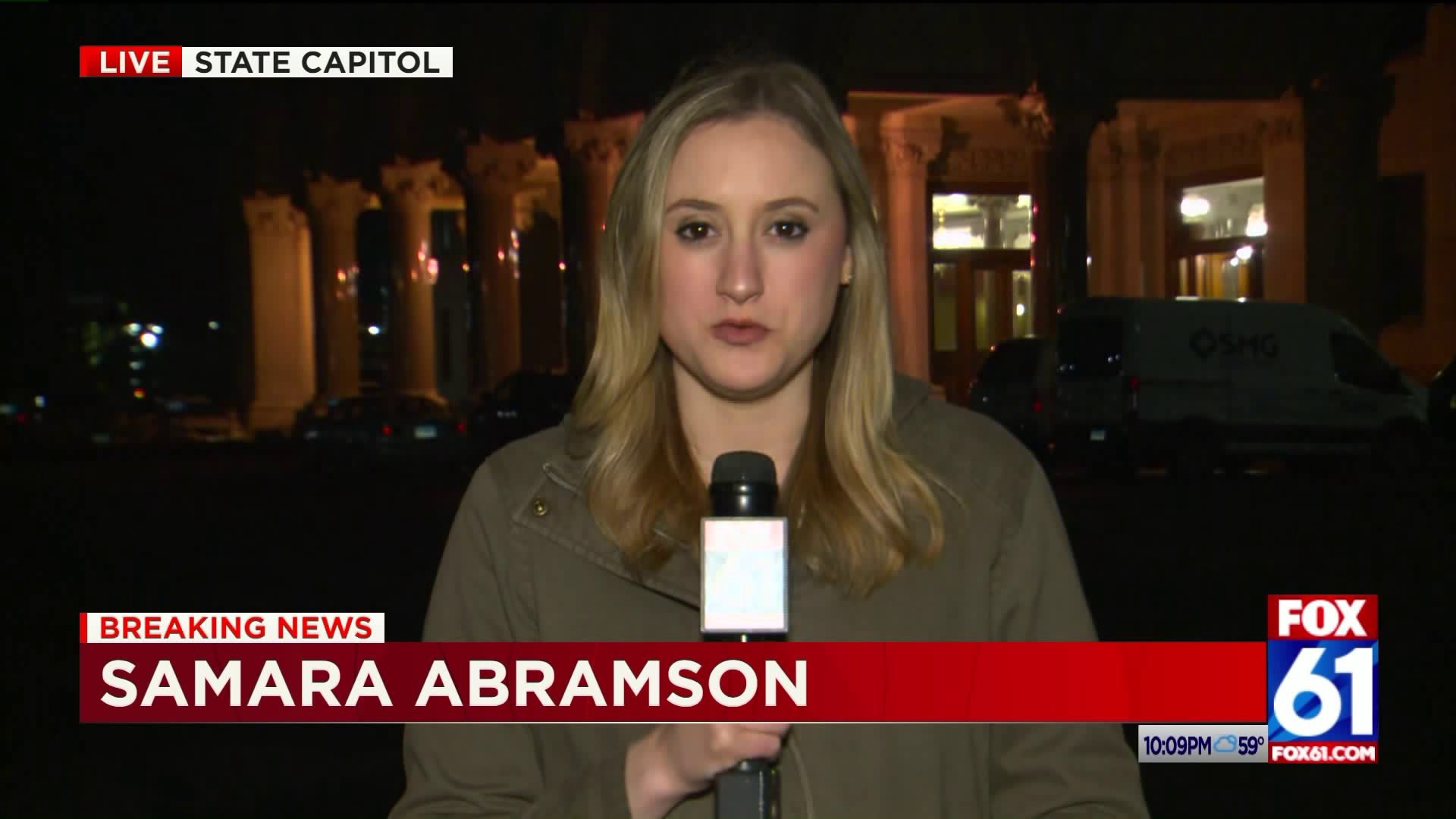 HARTFORD -- The Connecticut House of Representatives voted overwhelmingly Tuesday night to approve ‘Ethan’s Law,’ a bipartisan gun safety bill fought for by the parents of Ethan Song, a 15-year-old Guilford boy killed last year while handling an unsecured gun at a neighbor’s house.

Ethan’s Law will require gun owners to safely secure firearms in their homes, whether loaded or unloaded. Current law only applies to loaded weapons, even if ammunition is readily available and nearby.

Kristin and Mike Song, Ethan’s parents, said that while they would rather spend their Tuesday night watching their son play lacrosse, they are happy a law in his memory will save lives throughout Connecticut.

“I want to thank the Republicans who crossed over because it really is not a political thing,” said Kristin Song. “Less access to guns means less deaths. Period.”

“Ethan was in 10,000 places in his life,” said Mike Song. “This was the only place where he was really in a violent situation and that’s because there were unsecured guns.”

“It’s not taking guns away from everybody,” Mike added. “It’s saying, this is a very, very reasonable thing to do.”

Representative Sean Scanlon said he believes the reason Ethan’s Law has had so much bipartisan support is because the Song family’s activism has made a difference.

Representative Craig Fishbein voted against Ethan’s law and planned to vote against two other gun safety bills. One of those would set standards for how gun owners store their weapons in cars and the other would regulate 3D-printed firearms and ban so-called ‘ghost guns.’

“For government to step in and mandate how we keep a lawfully owned implement in our home is an overreach to me,” said Fishbein.