HARTFORD — Fear is spreading through the immigrant community on news that ICE plans to round up thousands of immigrants with deportation orders. High level sour... 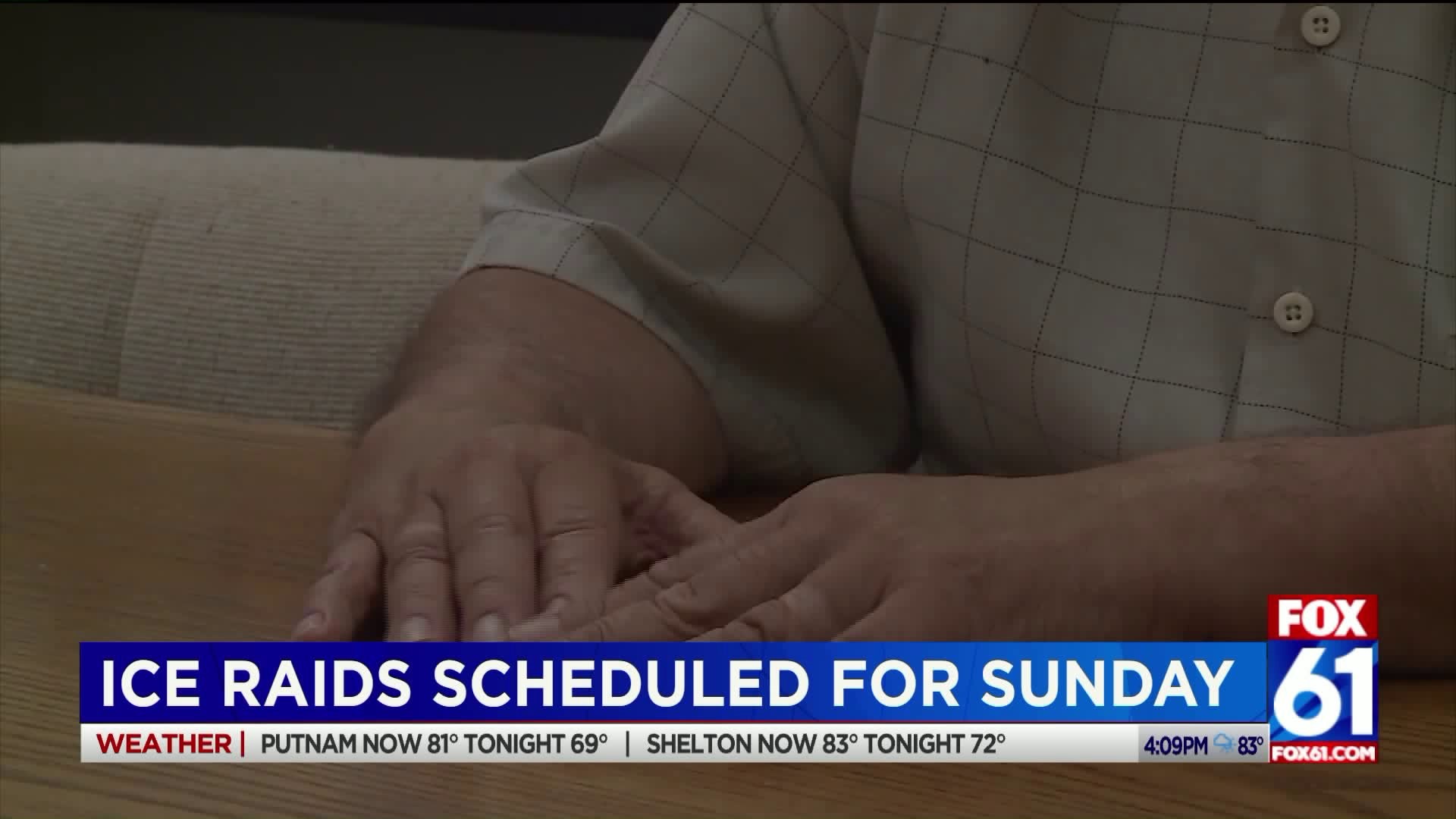 HARTFORD — Fear is spreading through the immigrant community on news that ICE plans to round up thousands of immigrants with deportation orders.

High level sources within the federal government are saying these nationwide raids will target 10 cities first. Hartford is not on the initial list. But immigrants say they are scared and the Attorney General said he was scared, but is prepared to defend the people of Connecticut.

We asked an immigrant facing deportation if he still believes in the American Dream? He said, “I think so. It’s the best country in the world.” We masked his identity. He is served with a deportation warrant. “I am a hard working guy. I have two children,” he said. He came to the United States from Colombia in 1981. “Everybody comes to this country for a better life.”

He was almost deported once before.

“Very bad experience. Oh my God, I don’t want anybody to go through that experience.”

And he’s not the only one.

“Sunday is going to be a very dangerous day for a lot of people.” “I know personally a few people are probably not going to go to work the next day.”

Samir Mahmud’s Mother was deported after 20 years in the U.S.

“They decided to detain my mother and put an ankle bracelet on her and send her on her way to Bangladesh, a country she hasn’t seen in over 20 years.”

Nationwide ICE raids will begin in 10 cities Sunday, initially targeting 2,000 people with deportation orders. Connecticut Attorney General William Tong said, “What are they planning to do? Wrap kids in Mylar and put them in cages? Rip kids away from parents in the dark of night? This is not the country that I grew up in.”

Tong wants people to know that if ICE comes knocking, the Trust Act makes it clear that local law enforcement won’t be cooperating.

“The federal government can’t use state and local law enforcement resources to do their bidding, and were not going to let that happen.”

“If they think they are going to be a target of these raids should always remain silent. If they are in their house they don’t need to open their door unless their is a warrant.”

Senator Richard Blumenthal plans to introduce legislation to keep ICE out of churches, schools and courthouses.

There are no detention facilities in Connecticut so immigrants detained from here will be either taken to Greenfield or Boston, Massachusetts and will likely bounce around the country until they are deported.