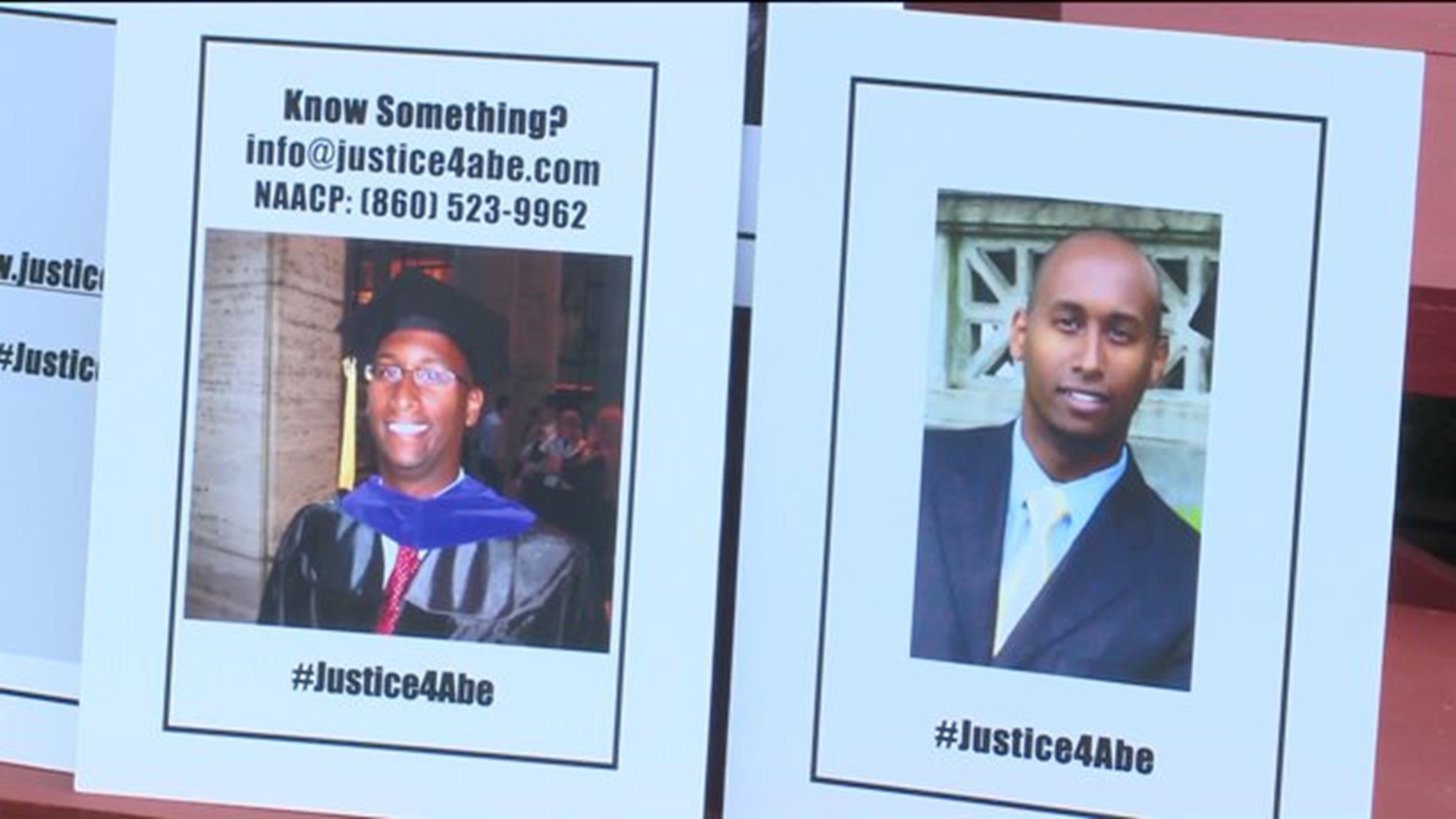 First responders found Gugsa Abraham Dabela in a flipped car near Mallory Lane on April 5, 2014. He had a gunshot wound to the head, which the Office of the Medical Examiner later ruled was self-inflicted. His blood alcohol content was also 2 1/2 times the legal limit.

Dabela's loved ones refute that autopsy result, and after hiring private experts, they're the recruiting the help of Connecticut's NAACP to launch an independent investigation.

"For 16 months, we've been trapped in this nightmare, bereft of answers and besieged by questions," said a woman identifed as G. Dabela, his sister. "We believe Abe did not commit suicide."

She said Dabela's DNA was not found on the trigger of the handgun found at the scene.

Members of the NAACP also question why the Redding Police Department issued a press release hours after the car accident, ruling the death "self-inflicted." They feel that was hasty.

"We have a whole binder with tons of information-- police reports, autopsy, medical examinations and we find a lot questions that are still unanswered," said attorney Darnell Crosland, who is the president of the Connecticut NAACP's Norwalk branch.

Crosland is the chair of the "Justice 4 Abe" committee that will look into the circumstances surrounding Dabela's death. The committee includes several attorneys, a retired Waterbury police lieutenant and a reverend.

"I think that you, all of you will sleep better at night, knowing what really happened here," Crosland told a small crowd gathered at the town green on Wednesday night.

Redding's police chief Douglas Fuchs maintains all protocols were followed in this case.

"We've done everything that we can do," said Fuchs.  "They sought outside counsel and outside assistance as required... there was really no stone left unturned."

Fuchs said his department will cooperate with the NAACP and its inquiries.

"We'll open up all of our books, access to all of our evidence," Fuchs said, not expecting a different conclusion than the one already made in Dabela's death.