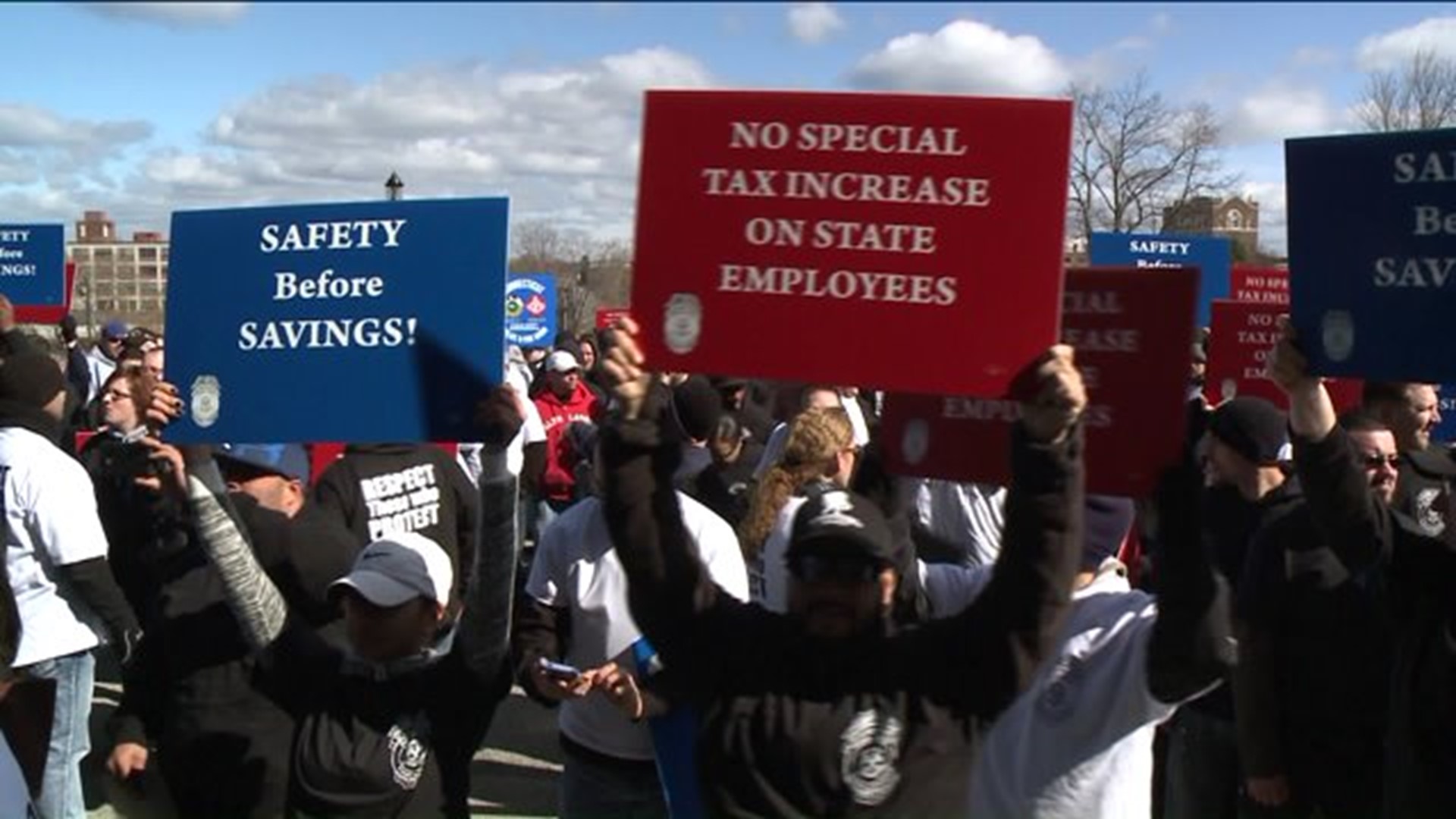 "Respect those who protect" was the rallying cry. The workers say they refuse to give back any of the benefits negotiated in union contracts.

Democratic Gov. Dan Malloy has said his goal is to cut roughly 1,900 state worker jobs by June 9 to address a $220 million deficit in the current budget. A budget fix was passed by both houses of the state Legislature on Tuesday.

Workers at the rally spoke about how the threat of more layoffs and cuts to vital services if concessions aren't made will make Connecticut a more dangerous place.

Malloy warns of considerable layoffs if concessions are not made, but the unions argue they have given back a lot in the past.

"Back in 2009 and 2011, we gave back $1.6 billion, and that's quite a lot of money," Charles DellaRocco, head of the union for the state judicial police department, said.

The unions claim they're not the reason the state is in financial crisis.  They suggest the state should tax Yale University's $25.5 billion endowment to help erase the deficit.

“We are the individuals who protect Connecticut citizens,” said coalition spokesman Charles DellaRocco, a state Supreme Court police officer and president of AFSCME Local 749. “We ensure that there is order at our correctional institutions and courthouses, our state parks and college campuses. We monitor the compliance of law offenders upon release from prison. CPSEC members all serve for one main purpose—to help keep Connecticut safe.”

The rally began Tuesday morning around 10 a.m. It was organized by the Connecticut Public Safety Employee Coalition, a group of labor unions representing about 10,000 state workers.

Glenn Terlecki, Connecticut's police and fire union president, stirred up the crowd by addressing Malloy, who was not present. "You made promises, you said that you would not open up the pension and health care agreement," he said. Many at the rally responded with "liar!"