NORWALK  — A Stamford Superior Court judge has issued a gag order in the states criminal case against Fotis Dulos, who police believe is responsible for the dis... 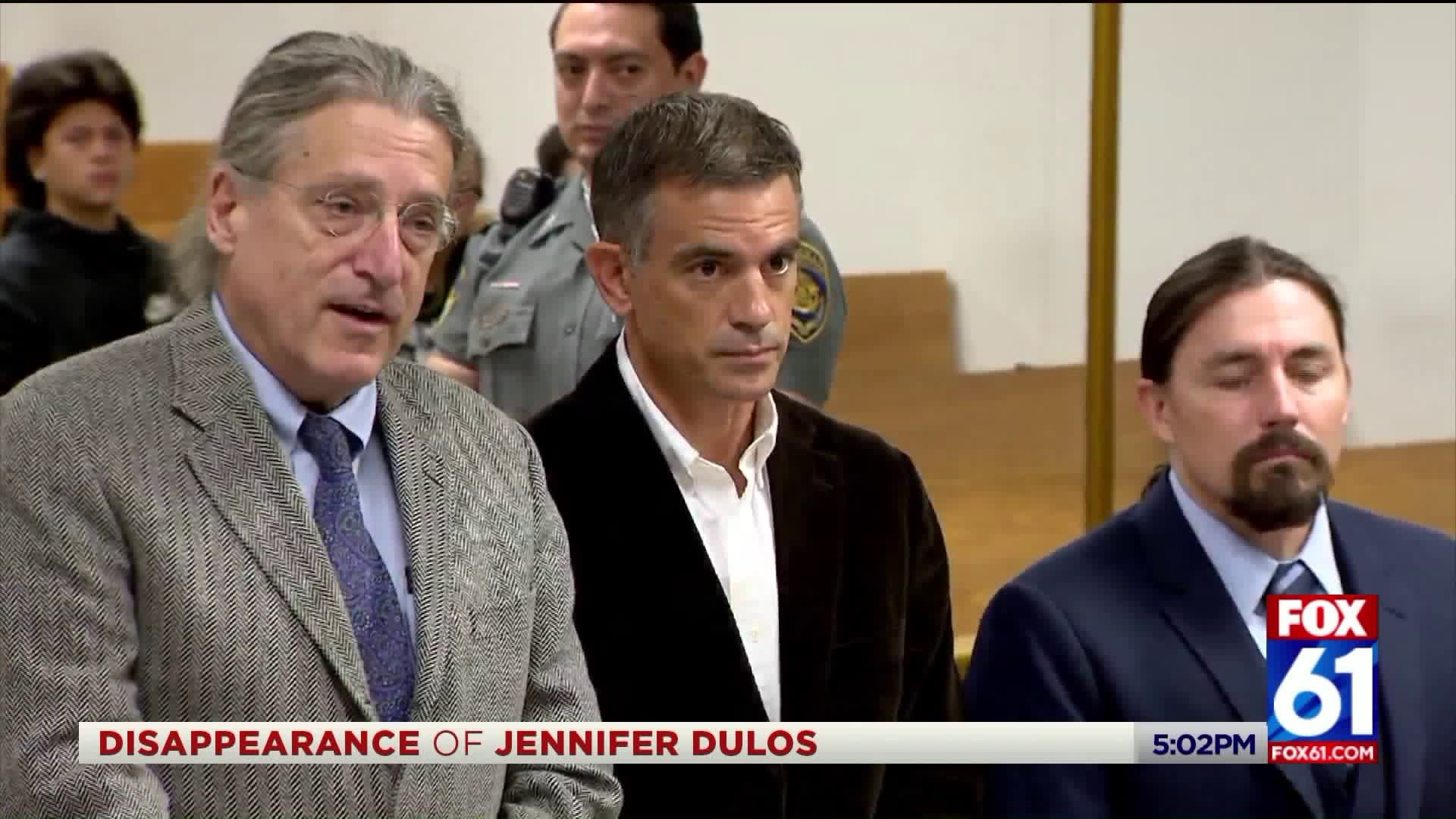 NORWALK  — A Stamford Superior Court judge has issued a gag order in the states criminal case against Fotis Dulos, who police believe is responsible for the disappearance of his estranged wife Jennifer Farber Dulos.

Thursday, Fotis pleaded not guilty to his most recent charge of tampering with evidence. However, some of his attorney’s comments, both inside and outside of the courtroom, led Judge John Blawie to issue the gag order.

New Canaan Police Lt. John Ferraro sent an email Thursday afternoon about the gag order, stating that “no information will be provided from this date forward regarding this case until the order is lifted or additional arrests are made.”

In an appearance that lasted about two minutes in Norwalk Superior Court, Fotis' attorney entered a not guilty plea to his latest tampering charge.

“We’ve had an opportunity to read the warrant,” Pattis said. “Nothing places Mr. Dulos in that car other than the state's belief.”

In Dulos' 43 page arrest warrant, released last week, police insinuate that Fotis drove an employees red Toyota Tacoma pick up to New Canaan on the day his estranged wife was reported missing and that the truck, shown in various surveillance video screenshots was parked in the same park, near the same spot, where Jennifer's empty SUV was discovered.

As Pattis complained to the judge about the state’s series of arrests in this case, the judge said that this was not the place for closing arguments to which Pattis replied, “Oh, it is the time for it, judge.”

But, the judge cut Pattis off and said closing arguments must wait until trial, if there is one

“If the state waited before publishing its warrants and having the deputy commissioner of the department of public safety talk about the tests that were out there, we would wait, but since the state can’t, we won’t,” Pattis said.

“What is noticeable from our view and the information disclosed to the public thus far is any proof that Fotis was present in the car or at the home in New Canaan,” Pattis added.

The arrest warrant affidavit says Fotis' DNA was found on a sink inside Jennifer Dulos' house. It also states data from Jennifer's cellphone indicates that during the time the red truck was pared in New Canaan, her phone moved from her house to the spot where her SUV was discovered.

“When you are ready to try a case by appropriate evidentiary standards, in a court of law, you’ll know where to find us,” Pattis said outside of the courthouse.

Then, he fired one more shot across the bow.

“We’ve got three words for the state: bring it on,” he said before turning and telling Dulos “Let’s go.”

“BRING IT ON” those were the words from Norm Pattis, Fotis Dulos’ attorney after his arraignment. @FOX61News pic.twitter.com/NhCgM996ni

His comments came in about three hours before the judge issued the gag order, to which Pattis responded in a text message to FOX61.

“The gag order merely restates existing law,” Pattis wrote. “It doesn’t change our strategy or tactics. If it shuts the state up, that would be a blessing.”

Fotis is due back in court October 4th, as the case has been transferred to Stamford Superior Court. His girlfriend, Michelle Troconis, is scheduled to appear on her latest tampering charge next Wednesday at Norwalk Superior Court.

New Canaan mother Jennifer Dulos went missing May 24 and hasn't been seen since.

Fotis and Troconis, were charged in June with tampering with evidence and hindering prosecution in connection with Jennifer Dulos' disappearance. Police allege they discarded items containing Jennifer's blood and performed other cover-up actions. They pleaded not guilty.

Police added another evidence tampering charge against both Fotis and Troconis last week. Troconis is due back in court next week.