NEWINGTON — You may have heard of the show Shark Tank. It’s the show where you can take a smart invention and grow a business from it with the help ... 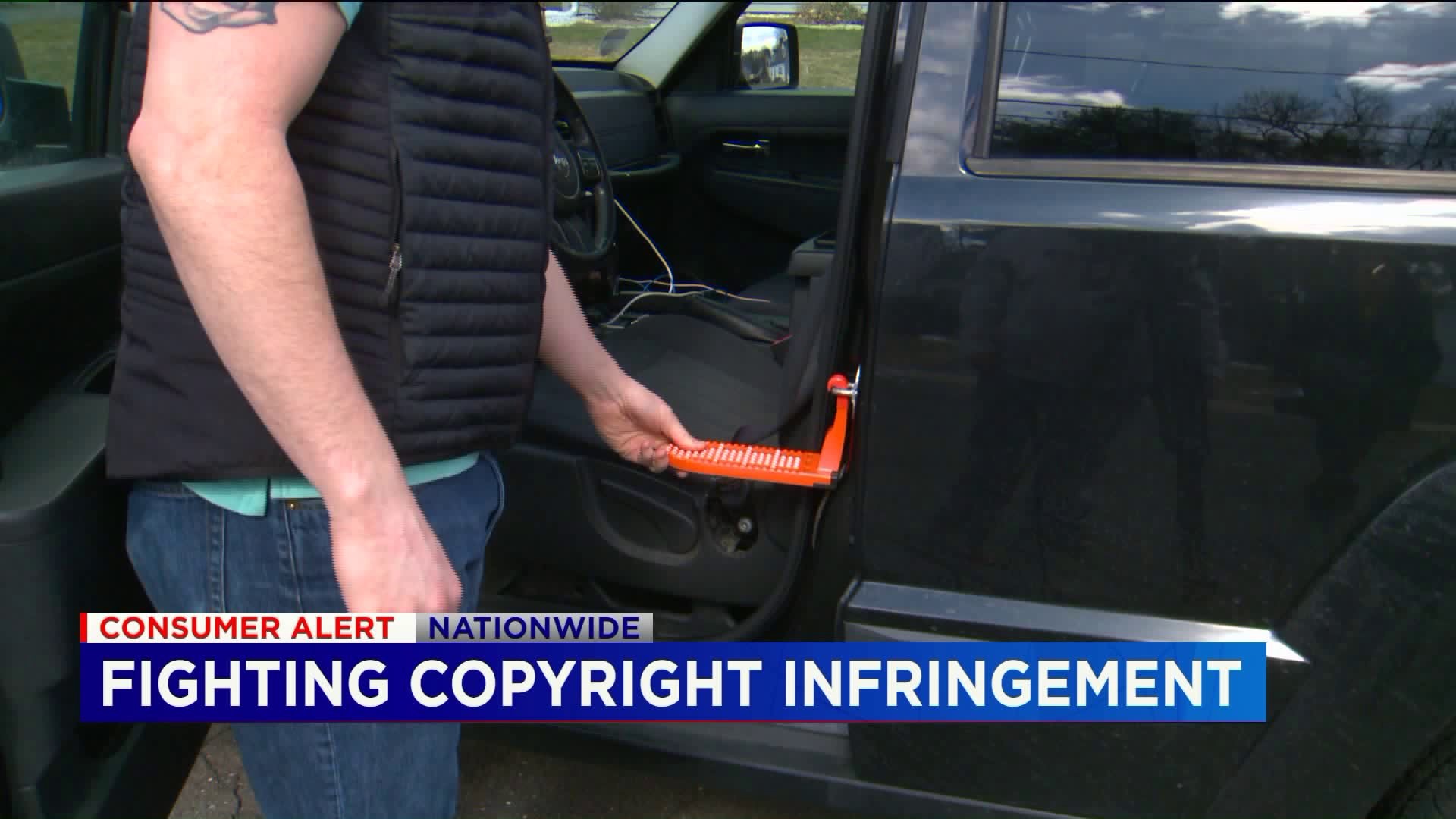 NEWINGTON -- You may have heard of the show Shark Tank. It's the show where you can take a smart invention and grow a business from it with the help of industry gurus. One company from Newington made it onto the show, but the publicity it brought their invention hasn't been all positive.

"It happens all the time. That’s the nature of the capitalist society we live in," says Michael Cantor, the Co-managing partner at Cantor Colburn, LLP. "We have a product that gains favor in the marketplace then a lot of smart people out there are going to want to make some money on your invention."

Alyssa is an Emergency Room nurse. Her husband, Zach, is a  firefighter. They work crazy hours and long days, which means they often need to work independently at home.

"He always watched me struggle with trying to get my snowboard up on the car. Especially I'd complain about it when he was at work for 24 to 48 hours," she says. "Watching me struggle [he] came up with the idea."

So, Moki Doorstep was born. It was so impressive, that the couple struck a deal on shark tank.

This is how the doorstep works. You take it and hook it onto the door latch of your car. From there you're able to step up on the step and do whatever you need to do on the roof of your car. The problem that Zach and Alyssa were running into was once they put their product on Amazon, other companies came out with similar products, but theirs weren't as sturdy.

One customer bought a door step from Amazon and told Zach they thought they were buying his product.

"It was a Chinese knockoff and they stepped on it and it broke," says Zach.

"Right around the time we went on shark tank, we noticed a bunch of knock-offs popping up all over the place," says Alyssa. The company has a patent, but says other companies that may be infringing their patent are still allowed on Amazon.

"Amazon, if you ask any business owner that has their own product, Amazon is the worst to deal with," says Zach. "They have billions and billions of dollars. The impression I get from them is 'try to sue us, you’ll lose'."

It's not Amazon who is providing the knock off products. It's other third-party sellers who are using the platform. To sue for patent infringement is tough.

"We’re talking hundreds of thousands if not millions of dollars to file a patent infringement lawsuit," says Cantor. His Hartford-based Intellectual Property firm, Cantor Colburn, is the third best patent law firm in the country. He says he deals with cases like this all of the time both on and offline.

"Very few individual inventors actually ever make money on their inventions because of the difficulty when you encounter competitors with much deeper pockets than you have," he says.

Cantor says it often makes more sense to license or sell your patent to bigger companies. Another solution is to deal with a patent law firm who takes cases on contingency or keep a patent application pending for as long as possible. He says that patent attorneys may try to get defensive patents around how they think competitors may work around the protections of an invention.

"If you can raise a little more money upfront into the patent rights in a comprehensive manner, it can end up accomplishing what it is that you want to accomplish," says Cantor.

Zach and Alyssa say they've learned how to better deal with Amazon as a consumer in this learning process.

Amazon is currently testing a program called Project Zero that helps eradicate counterfeit companies on their site. Right now, it is invite-only.