BETHANY —   A dog found dead in a crate and on the side of a road in Bethany Monday, has resulted in outrage on social media and it’s also brought some pr... 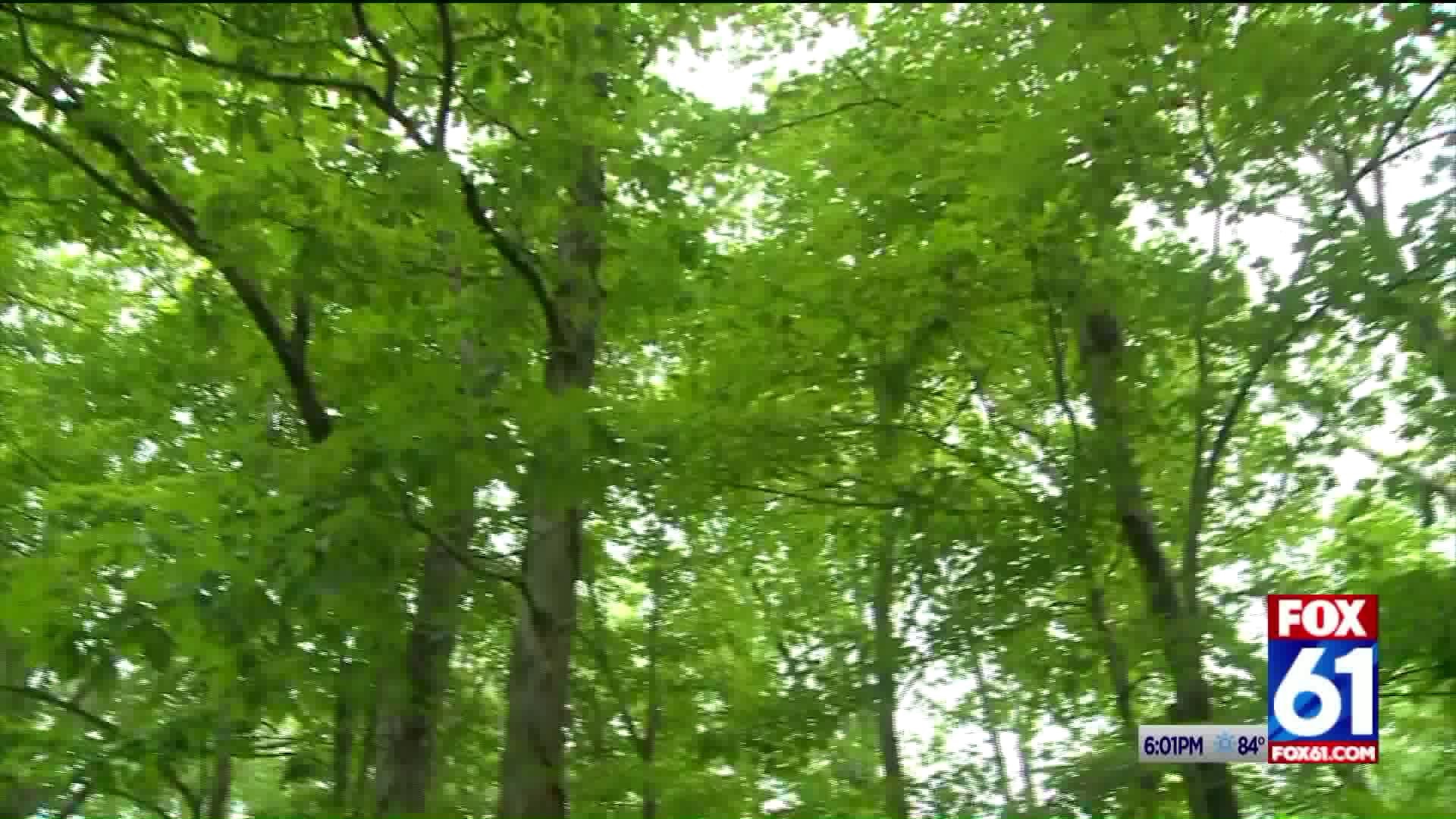 BETHANY --   A dog found dead in a crate and on the side of a road in Bethany Monday, has resulted in outrage on social media and it’s also brought some pretty hefty reward money.

Woodbridge Municipal Animal Control, which serves the towns of Woodbridge, Bethany and Seymour, received a call Monday afternoon from state police alerting them to the dead dog discovery.

“We firmly believe that this dog was alive when she was dumped,” said WMAC Animal Control Officer, Ashley Sakelarikis.

Bethany Public Works Director, Alan Green, said one of his employees was mowing was along an isolated road. That’s when the worker noticed an animal crate, in the woods, laying on its side.

“He climbed down the embankment here and right in this area was where the crate was,” said Green, pointing to the spot the female dog was discovered. “And then he saw the legs sticking out of the back of the crate.”

“The fact that we weren’t able to actually able to find her in time kills us,” said Sakelarikis.

An autopsy on this female dog was performed Tuesday. Results are expected in a couple of days.

“The dog was at a great body weight,” said Karen Lombardi, Lead Animal Control Officer for Woodbridge Municipal Animal Control. “Her nails were not excessively long. Her coat was in great shape.

And because the crate showed no signs of stress?

“Our opinion is the dog was walked there and put in the crate,” said Lombardi.

The dog had no microchip for identification.

Laura Torrence, of Woodbridge, Who is a longtime volunteer obvious three town shelter, decided to match the shelter’s $1,000 reward for information leading to an arrest and conviction of those responsible.

“We have to find people like this and stop it,” said Torrence. “It’s not acceptable. This won’t be the first or the last time they do it if they don’t get caught.”

Lombardi said the phone has been ringing off the hook Tuesday with tips and support.

Following the results of the autopsy, the dog will be cremated and be given a proper burial, according to animal control.

“I hope that whoever is out there that might know who this dog belongs to will come forward because it’s no way to die,” said Torrence.