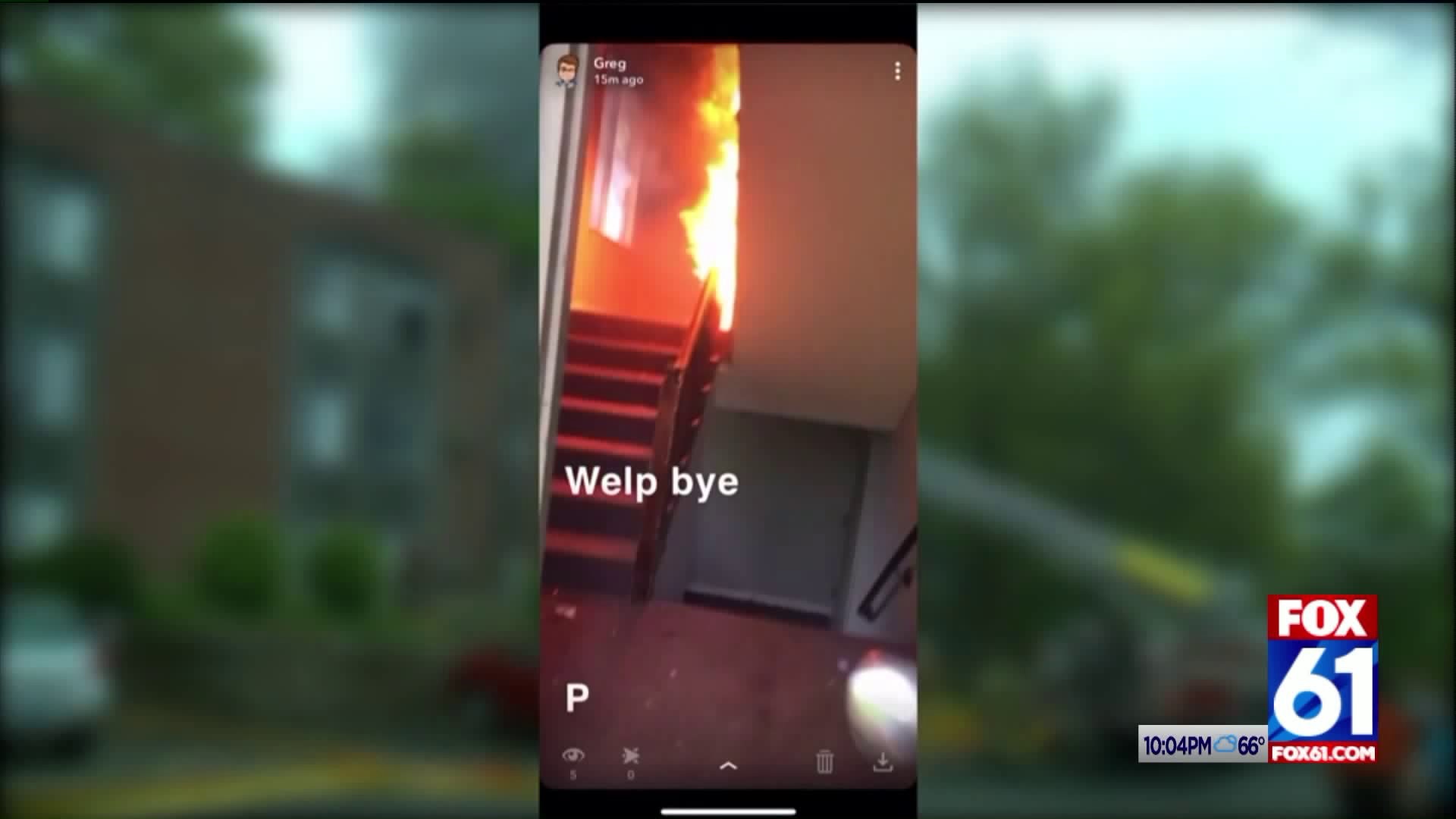 Luckily, no one was injured and everyone escaped safely.

That was the thought going through Herrera’s mind while she was trapped on the third floor of her apartment. She was one of the few people hanging outside of the window as firefighters came to her rescue?

“The supers from the building like they quickly grabbed the ladder to try and get me out, but I was too nervous I couldn’t come out the window,” added Herrera.

Fire Chief Raul Ortiz said the call came in shortly after 3 p.m. where firefighters found heavy smoke and flames billowing from the back of the building near the staircase.

Greg Brodginski lived in the first floor. He said he heard the first smoke detector go off and did not think much of it since people easily set them off.

“I started ignoring and then a couple more were going off and I started to smell the smoke so I opened up my door and I saw people on my floor running out,” said Brodginski of New Britain.

It was not until he came face to face with the large flames by the staircase that he realized he needed to get out immediately.

“I mean, it was pretty intense. There were particles falling down. I could actually hear the glass bursting on that side of the building and it looks like there’s some electricity wires on that side that looked like they may have been caught too,” added Brodginski.

Multiple agencies from Hartford, Meriden and West Hartford helped put out the flames and pets were being treated on scene.

“We had people hanging out the window. People trying to get out of he stairwell. Obviously long hallways with zero visibility. Our firefighters were met with heavy heat conditions,” said Chief Ortiz.

Throughout the evening, Red Cross remained on scene to assist those who are displaced.

The New Britain Fire Marshal’s Office is investigating the fire.

The cause is still undetermined.

Take a look at this video from when the fire first took place: 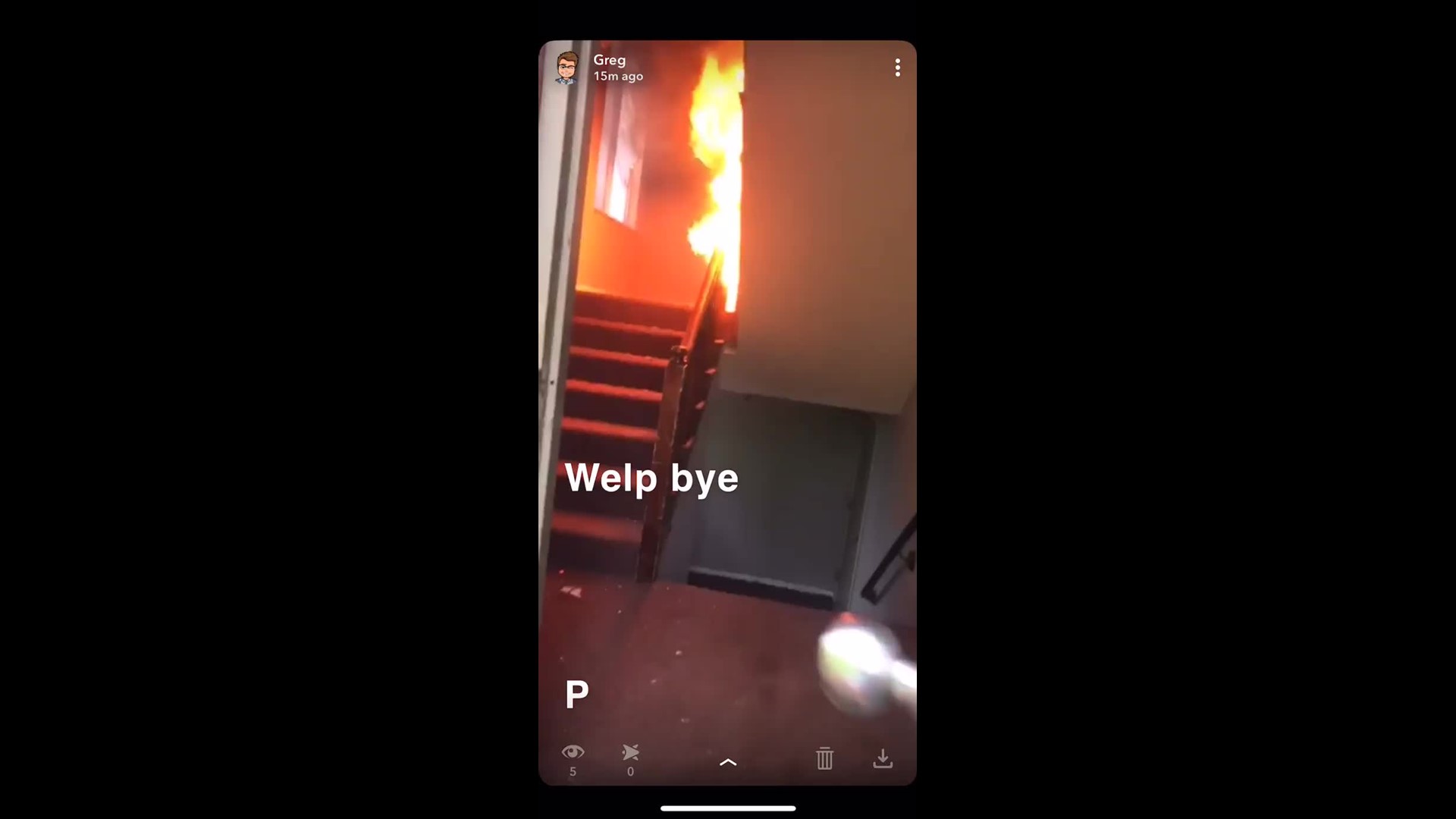 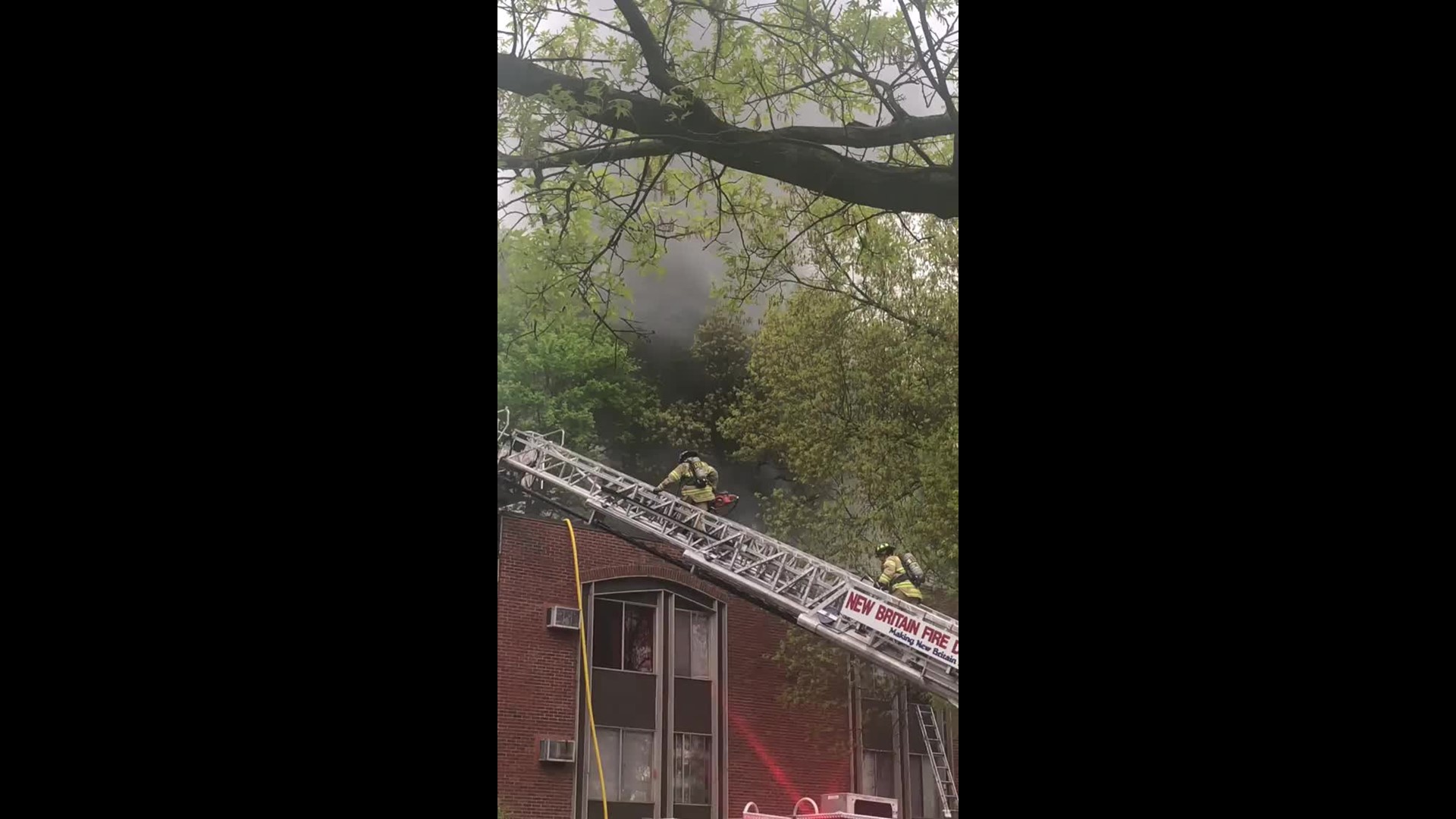 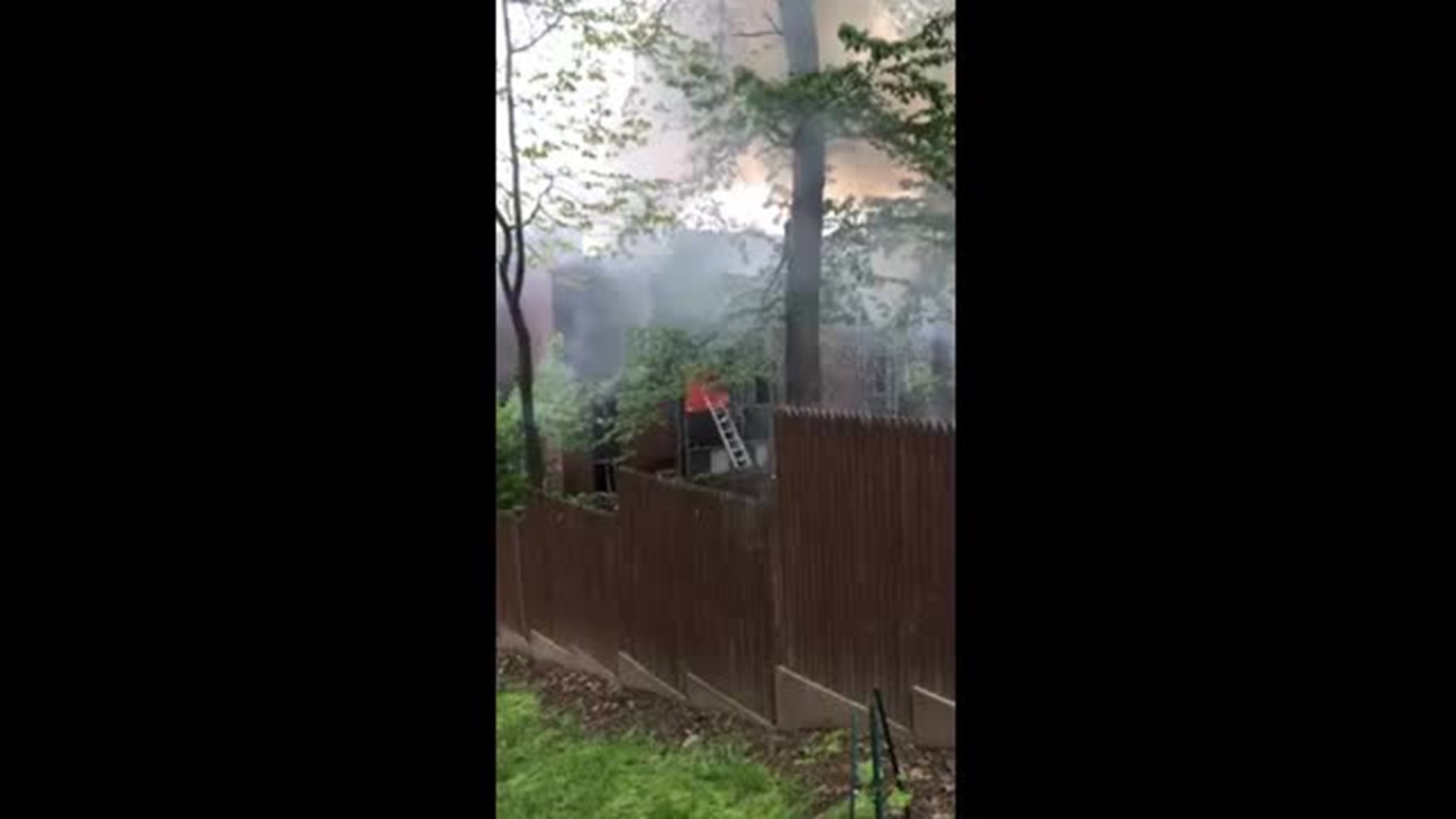