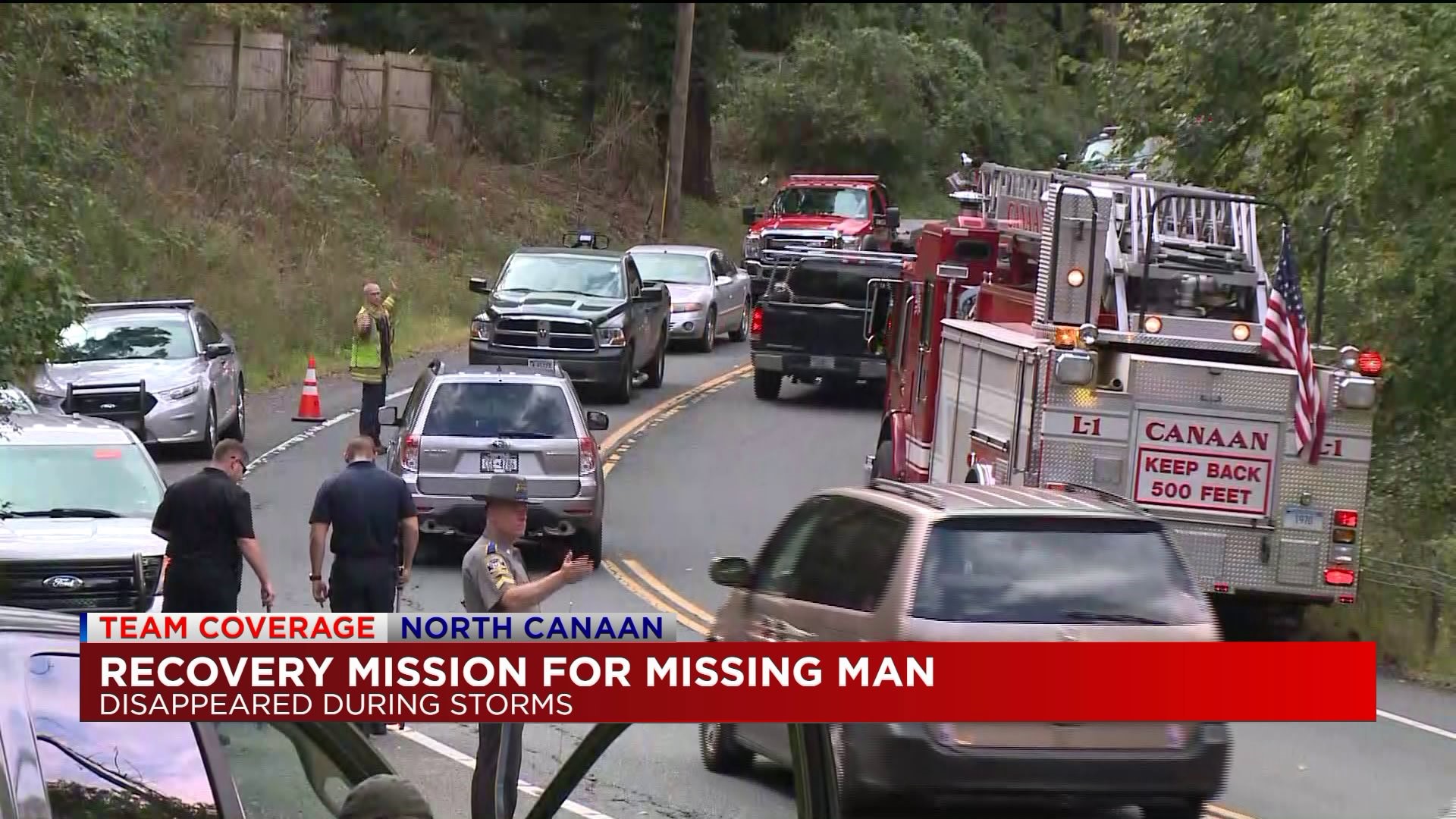 Connecticut State Police said their dive team was assisting law enforcement in Ashley Falls Mass. for a vehicle that appears to have gone through a guard rail.

German Perez, 60, of Ashley Falls, Mass was operating a 2000 black Toyota Tundra,  with Mass. Reg 90AG21. Perez who left Lakeville, CT Tuesday night at approximately 6:00 P.M., and was scheduled to return home later that evening never arrived at his destination.

The search was staged around Route 44 and Lawrence Avenue, which shut the roads down for a period of time.

Boats were in the Housatonic River searching for the possible submerged vehicle. Officials say the river is about 5-10 feet above normal, and the search was hampered by muddy water and floating debris. No car has been found yet.

All rescue crews have returned from the Housatonic River search in North Canaan. @CT_STATE_POLICE will continue the search later in the morning.

Boat crews from throughout Region 5 are patrolling the Housatonic River in North Canaan to probe the bottom for a possible submerged vehicle. The river is about 5-10 feet above normal and the search is hampered by muddy water and floating debris. pic.twitter.com/PqQExcLK91

Currently assisting North Canaan with a search for a possible submerged vehicle in the Housatonic River. RT 44 and Lawrence Ave. Road is shut down at this time. Boat crews searching river. pic.twitter.com/Hzp21FHkAE