HARTFORD — On Friday,  college professors and students made their way to Hartford to urge  lawmakers to make college tuition affordable  for Connecticut r... 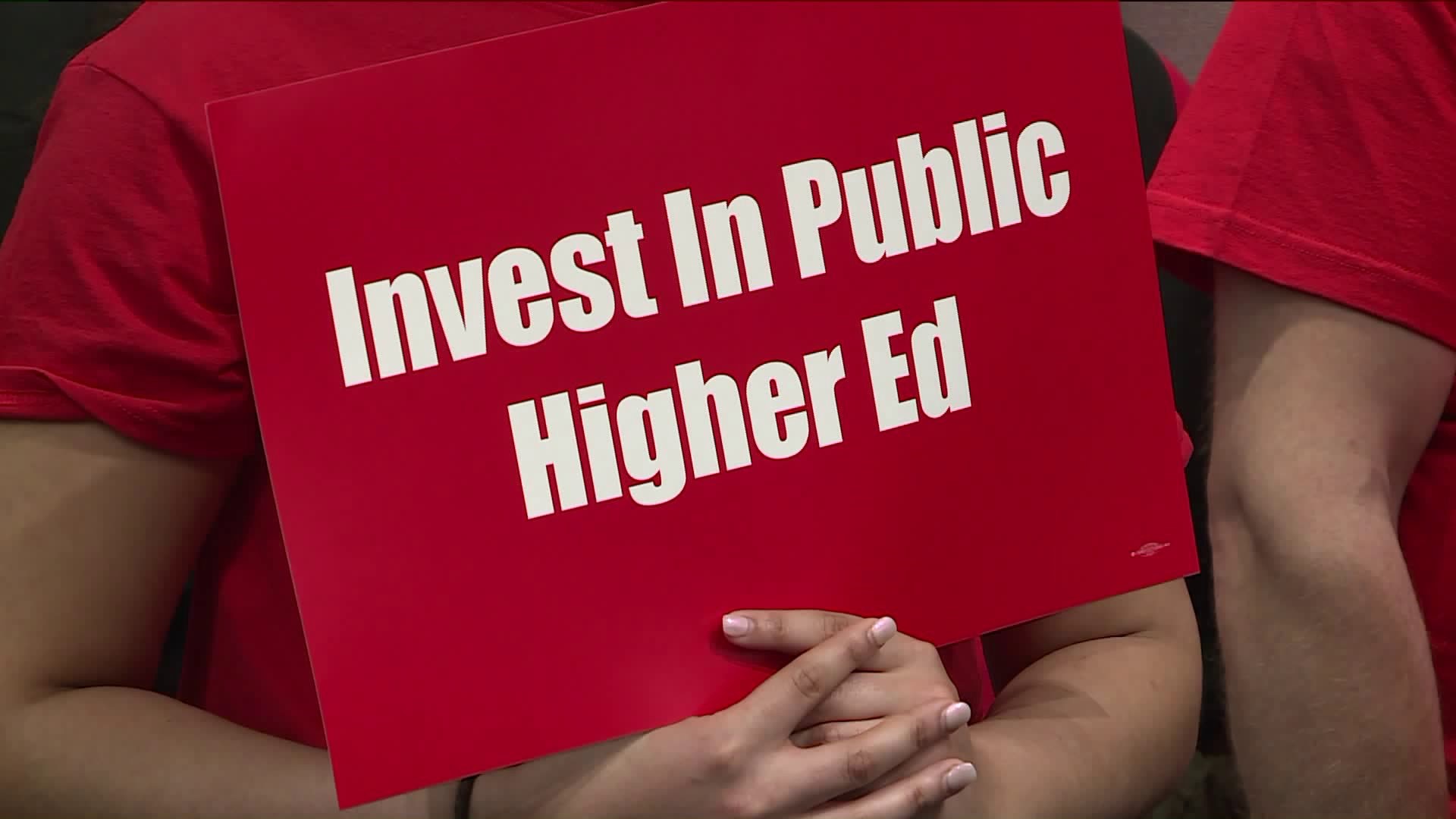 HARTFORD -- On Friday,  college professors and students made their way to Hartford to urge  lawmakers to make college tuition affordable  for Connecticut residents.

This comes in the heels of Connecticut State Universities announcing tuition will increase by 5 percent next school year.

“We as students pay enough as it is,” says Freddy Rios, a Graduate student at CCSU.

The tuition hike is a result of Connecticut’s college and university system struggling to close a budget gap.

“Given the declining state resources over the last 5 years. Our system has continued to operate with deficits,” says Mark Ojakian, the President of Connecticut State Colleges and Universities

In-state students can see an increase of $480-860,  depending if they commute or live on campus. Many CCSU students not happy to hear this.

“As a graduate student who has also done his undergrad at CCSU I don’t think tuition should go up,” says Rios.

“I think it’s going to be a big problem for some… because not everyone can afford that,” Kelly Langevin, a Sophomore at CCSU.

Some students  are worried about the financial stress this could add.

“I’m also helping out my family paying bills with heat, electricity, food, as well as transportation , rent, all that falls into place,” says Rios.

In Hartford,  professors and students echoed that same message. They wore red and stood in solidarity as they  pleaded lawmakers and the state to invest more in the next generation.

“We can’t leave anybody behind…let’s make sure isn’t going to college because they can’t afford it,” says Rep. Gregg Haddad.

Right now lawmakers are considering a number of bills that they say would make higher education more affordable, including a bill that addresses loan forgiveness  and another that would reduce the cost of textbooks.  Also on the table, is a bill that would make community college free.