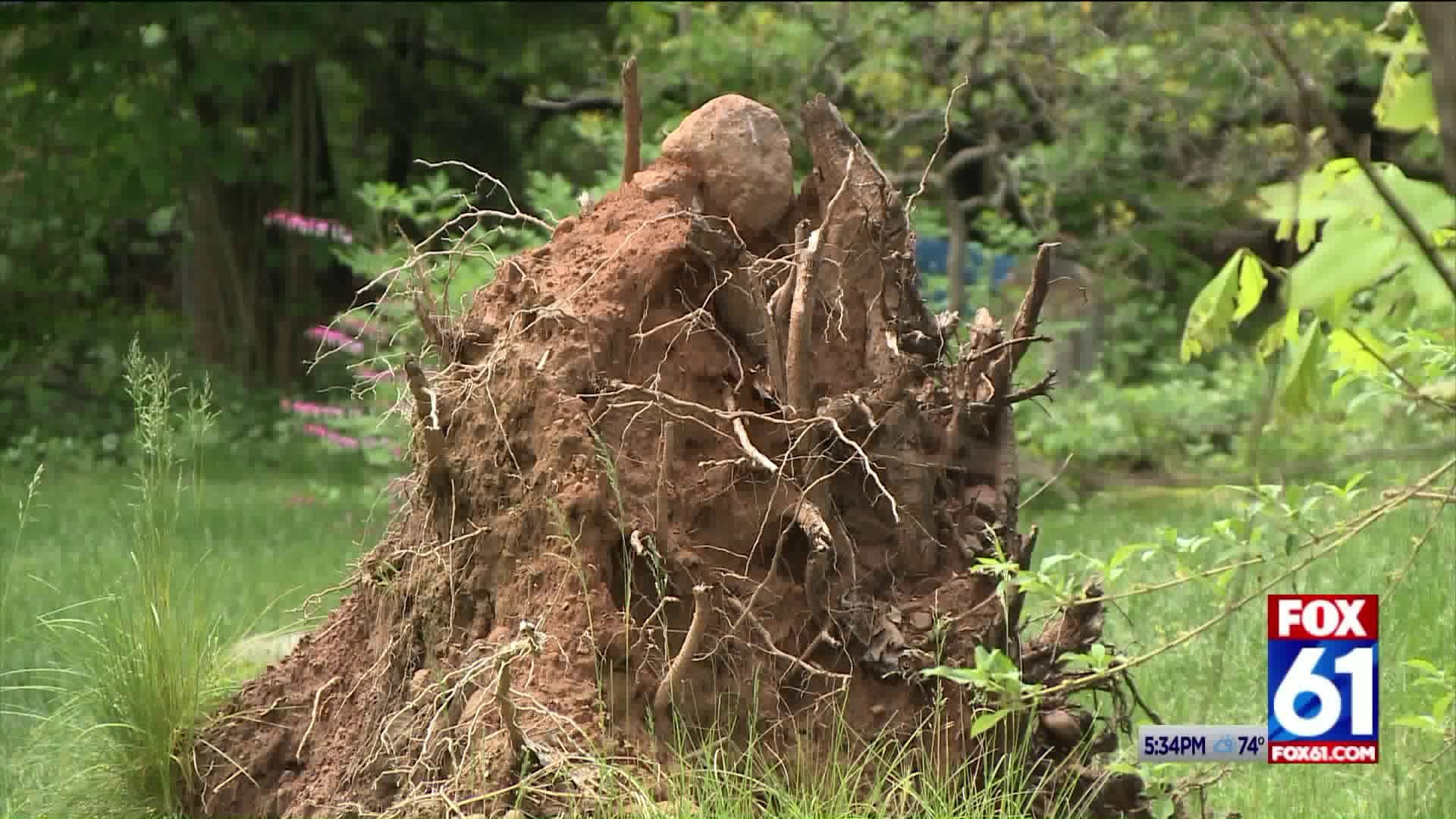 But, FEMA only opened the door to reimbursement for storm damage to public properties,  not residential properties.

No, one year after the devastation struck many communities, including Hamden, Sen. Richard Blumenthal (D-Connecticut) U.S. Rep. Rosa DeLauro (D-Connecticut) Monday reintroduced a bill that they hope ultimately alleviates the financial burden manyvhave incurred due to fallen trees.

Many residents can’t afford to have them removed.

“I’ve got one tree about that size that I took down that I paid $1800 for,” said Adele Volpe, who lives in one of the two homes on October Hill Rd, that still cannot be occupied. She’s hoping the re-introduced bill, called the Debris Act, gains traction.

“They (government) spend money for a lot of things,” noted Mrs. Volpe. “They can do this. It’s a drop in the bucket in the budget.”

She has numerous trees and stumps on her property that will continue to sit there unless the federal funding is approved.

But, she may soon be able to get that work done if Blumenthal‘s read is correct.

“I think there is receptivity on the Senate side among my Republican colleagues as well as Democrats,” said Blumenthal.