HARTFORD — Protests turned into a celebration in Puerto Rico after Governor Ricardo Rossello announced he will resign. Rossello’s decision came after days... 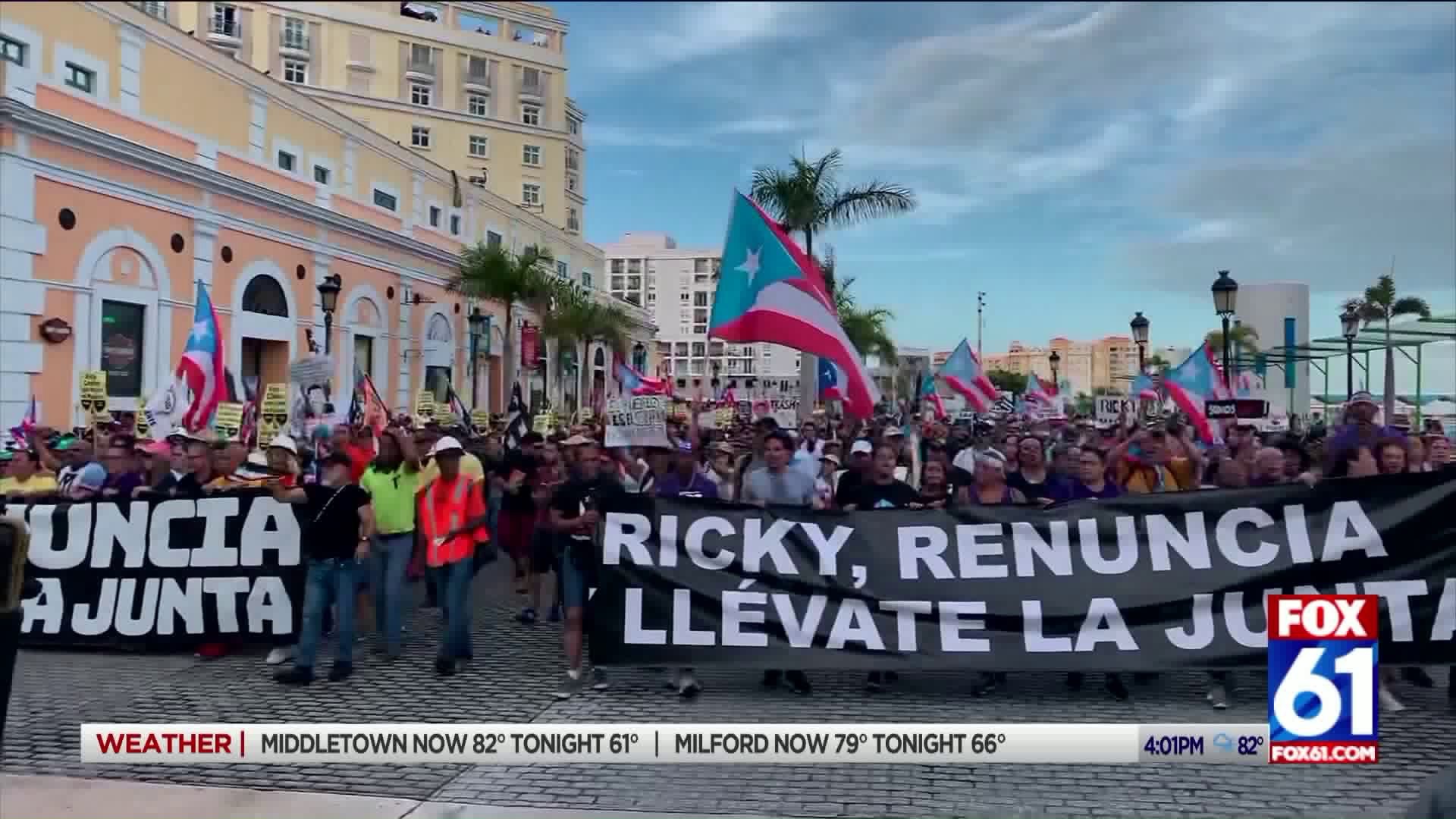 HARTFORD -- Protests turned into a celebration in Puerto Rico after Governor Ricardo Rossello announced he will resign.

Rossello’s decision came after days of protests on the streets of Puerto Rico. Puerto Ricans in Hartford shared their thoughts with FOX61.

“I am outraged to think that this demon of a governor would have the audacity to say well I apologize. An apology is not good enough. That man should be sent to jail,” says Sonia Pacheco-Ayala, from Hartford.

Others says they are still angry by the comments made by the governor and stop cabinet members after more than 900 pages of messages were leaked. In those chats, government officials joked about Hurricane Maria victims, the gay community, and women.

“It shows that he didn’t have any mercy for his people. He shows that he was a very selfish person. I t’s horrible to talk about women in general. There is no excuse for what he did,” says Johana Salgado, from Manchester, CT.

Rossello’s resignation will take effect on August 2nd, his predecessor will be Wanda Vazquez who is the Secretary of Justice for Puerto Rico. Puerto Ricans in Connecticut say they still have several concerns.

“That’s in question as well. She’s the next one to take over but there has been a lot of comments about her as well,” says Salgado.

“There is too much corruption in that administration. I believe the people want the whole cabinet out they want new people,” says Pacheco-Ayala.

Nonetheless Puerto Ricans remain optimistic that the island will bounce back, but say that it will take some time.