FARMINGTON — This is the 14th year of the Connecticut SWAT Challenge which has become a well known gathering for some of the top tactical teams in North A... 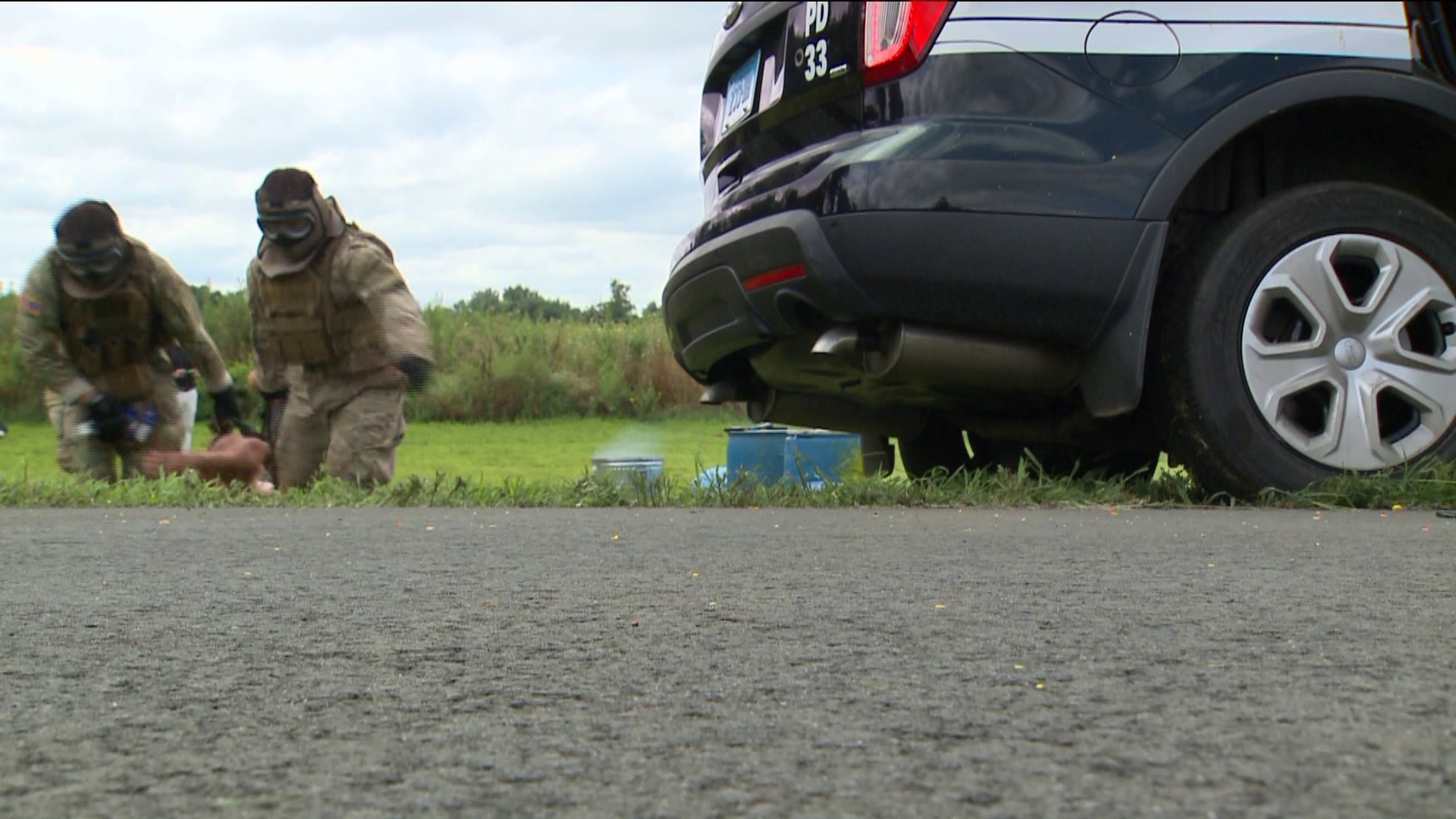 FARMINGTON -- This is the 14th year of the Connecticut SWAT Challenge which has become a well known gathering for some of the top tactical teams in North America.

In 2018, the organizers of the SWAT Challenge have introduced new training events that bring the police, firefighters, paramedics, and doctors together.

The official term is called "Tactical Emergency Casualty Care" or TECC and it is geared to train more first responders to bring more critical care as moments of crisis unfold.

Ben Sonstrom, a Michigan based police officer and paramedic who helps train the participants said, "we are able to get a different perspective on what paramedics need to do and what law enforcement needs to do and how to combine them to the best effect."

The participants, mostly either police officers or military members who serve on SWAT teams, are put through various scenarios where they are exposed to the most extreme conditions like active shooter events.

Dr. Richard Kamin, an emergency medicine doctor at UConn Health who works with the West Hartford SWAT team and serves as a TECC trainer said, "it's taking life saving medical skills to the folks who really would be the first medical providers on scene."

Captain Jeremy Clark, the Co-director of the Connecticut SWAT Challenge added, "(this training) goes back to communities across the country and it touches people when they least expect it and it's saving lives."