WEST HARTFORD — A teenager from West Hartford will spend his summer biking across the country for weeks – hoping to raise thousands of dollars for t... 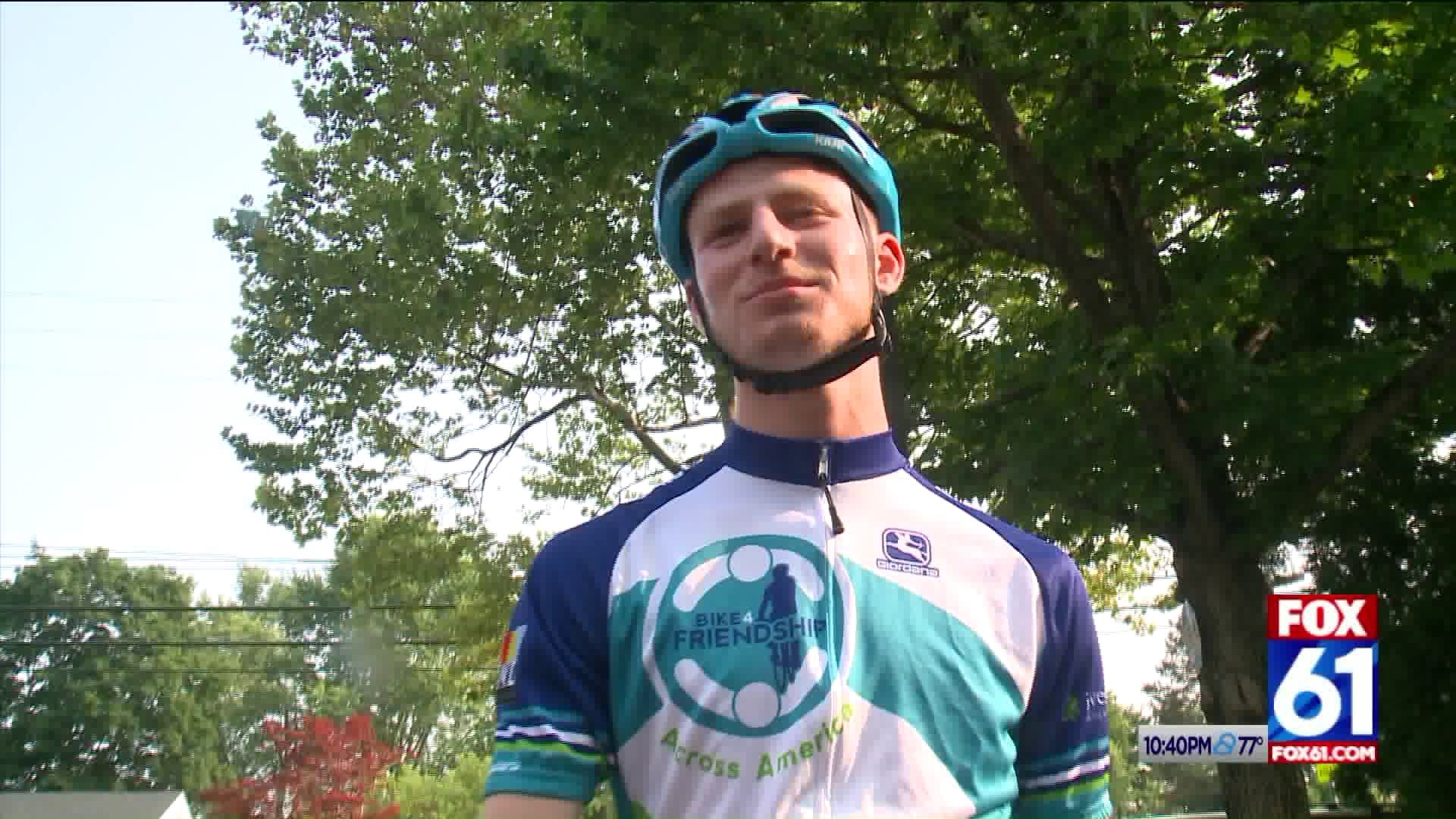 The 18-year-old will be flying out of Boston to San Diego Thursday, where he’ll be kicking off a six week journey biking across the country.

He and five others will be raising funds for Friendship Circle- a nationwide non-profit organization dedicated to individuals with special needs.

In January, Noah ran the Miami Marathon - raising over $5,000 for the organization’s local Hartford chapter at the Chabad House of Greater Hartford.

He’s decided to continue his mission- this time biking coast to coast -almost a hundred miles a day-hoping to raise six-thousand dollars.

“At first I was like yea it’s not happening, that’s a big deal it’s a lot more than running a marathon, but I have two brothers that did it in the past and I said why not let’s give it a shot, it’ll be a lot of fun,” Noah said.

The bike tour begins Sunday at the Congregation Chabad in Poway, California- the same synagogue where a gunman opened fire back in April- leaving one person dead and several injured.

“Starting from that synagogue shows that even though there have been horrific things that happened, it shouldn’t stop us from doing good, no matter how evil the world can look we can still make it better,” he said.

Raising awareness for those with special needs in Connecticut is exactly how Noah said he plans on leaving his mark.

“To be a part of the movement is fulfilling and gives me more motivation if I'm out on a long ride or long run and I'm struggling to think, ‘hey i’m doing this for a cause’” he said.