HADDAM – Connecticut’s cycling community is mourning the loss of one of their most impactful leaders. 33-year-old, David Hoyle, was found in Wadswor... 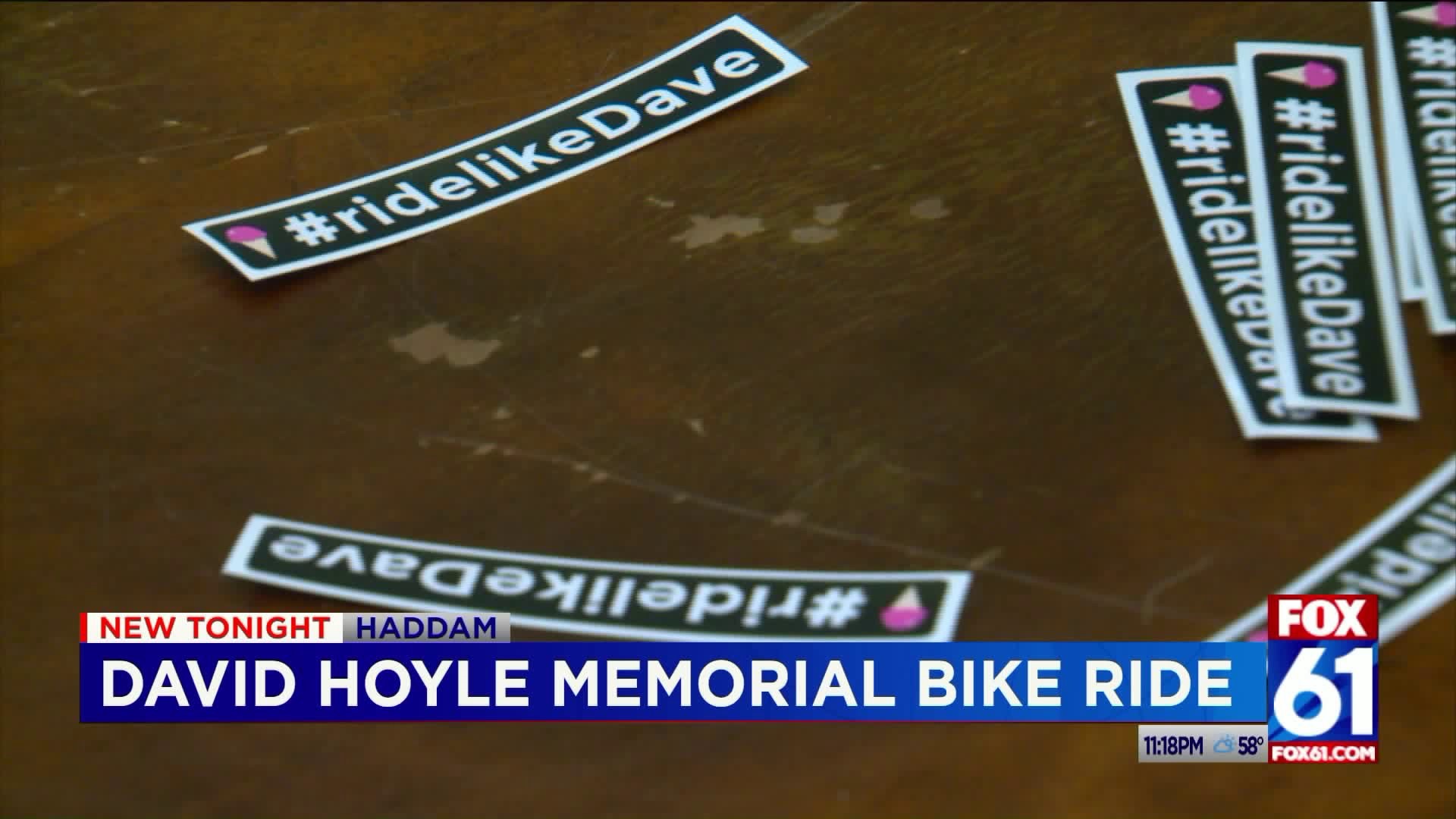 HADDAM - Connecticut's cycling community is mourning the loss of one of their most impactful leaders.

Saturday morning cyclists honored his legacy after his memorial service.

"He was like a second father to me, to all of us," says Lucas Huesman of Stonington. Huesman was one of the many kids Hoyle coached in racing. Hoyle was more than just the Executive Director of the Connecticut Cycling Advancement Program.

"He was a really, really good person to be with because he helped everybody at the office be better," says Aidan Charles, founder of CCAP and Hoyle's co-worker.

To cyclists across the state, he was coach, co-worker, mentor, and advocate. As the Executive Director at CCAP, Hoyle helped grow youth cycling in the state and traveled with kids to races as their coach.

"He led in the most subtle way possible by just setting an example," says Charles.

Hoyle's impact was not subtle. He was a big advocate for gun legislation in support of the Sandy Hook families. He helped form Team 26. They take annual bike rides from Newtown to Washington DC to raise awareness for gun control.

CCAP's motto used to be #ridelikeus. Now, everyone will #ridelikedave.

"To ride like Dave-- it's to ride with a good heart," says Huesman. "He was always on the good side of everything and he always looked at the bright side."

Hundreds of cyclists are going to ride like Dave by going on one of his favorite bike routes starting by going over the East Haddam Swing Bridge.

People lined up outside the doors of the Riverhouse in Haddam to pay their respects. Hundreds of cyclists joined in on the 26-mile tribute ride. Community members remembered his love for ice cream.

"We would always go on Google Maps and try to find the best ice cream place," says Huesman. "The ice cream is just a little symbol; symbolization of the big impact that he had on the community."

His legacy will live on through the people he's mentored throughout his life and career.

"I also want to start to teach the younger girls especially the kind of mindset that he would give me during races and before them," says Aeryn Northway of Cheshire.

DEEP says Hoyle's death is not being investigated as suspicious.