DANBURY — Danbury police said they, along with Connecticut State Police, are investigating an officer-involved shooting. Authorities say a Connecticut pol... 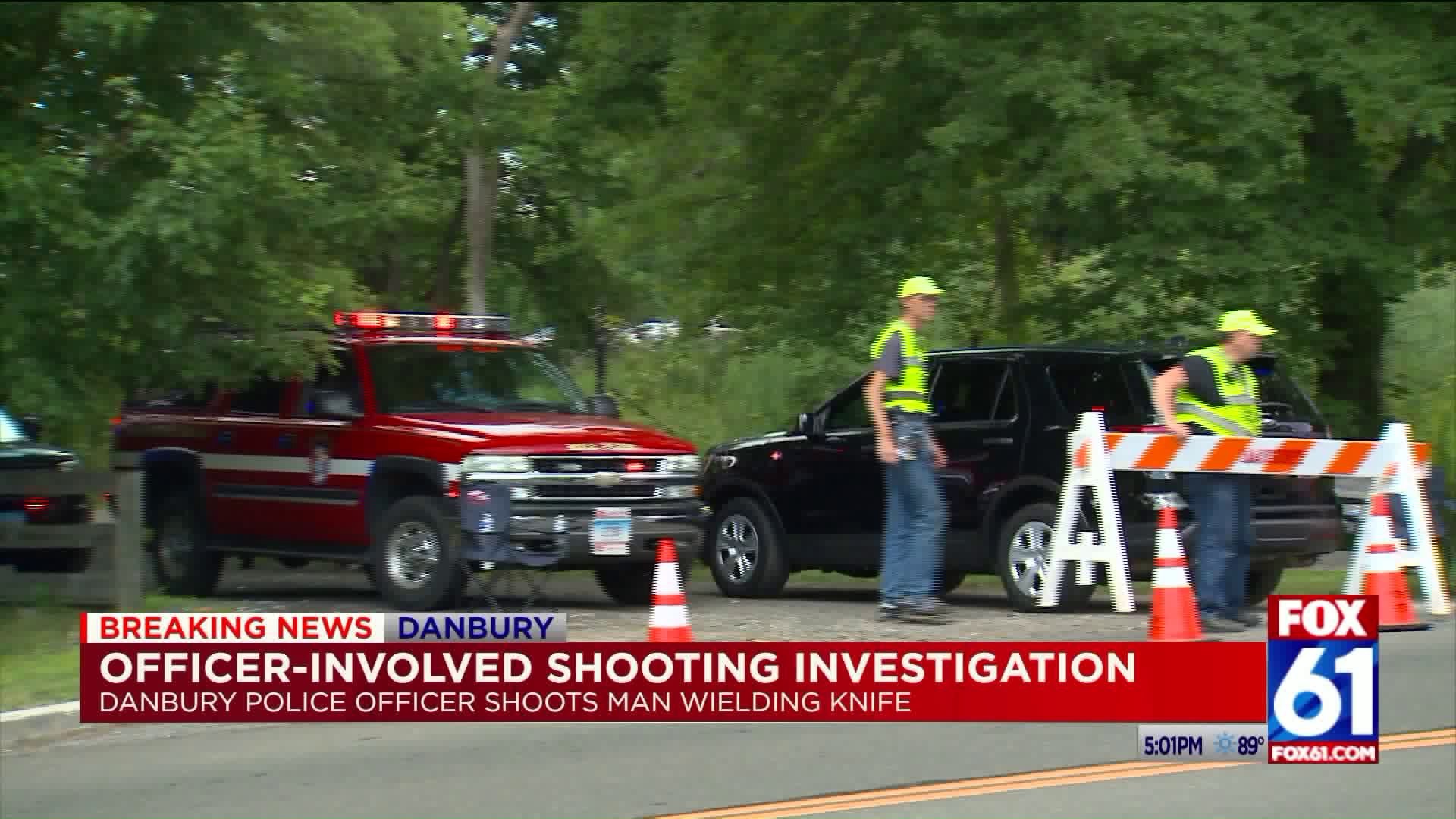 DANBURY -- Danbury police said they, along with Connecticut State Police, are investigating an officer-involved shooting.

Authorities say a Connecticut police officer shot and injured a man who refused orders to drop two large knives he was holding.

According to police, the shooting happened in the area of Old Ridgebury Road and Reserve Road.

Officers encountered the suspect, described only as a white male in his 30s, about two hours later with a knife in each hand.

He was shot after refusing to drop them. He was treated at the scene and taken to the hospital. He was conscious and speaking at the time. Ridenhour did not know his condition.

Mayor of Danbury Mark Boughton tweeted that the officer was okay.

No officers were hurt, but the officer who fired was taken to the hospital for an evaluation. His name wasn't released.

Prosecutors and Danbury police say they are currently investigating, and state police will be assisting in a follow-up investigation.

DPD is currently investigating an officer involved shooting in the area of Old Ridgebury and Reserve Rd. CTSP have responded to assist and will be doing a follow up investigation into the incident. More information to come. Please avoid the area.