MERIDEN — A Meriden teenager is in critical condition after being thrown from a vehicle that was being driven by his allegedly drunk foster father. Despit... 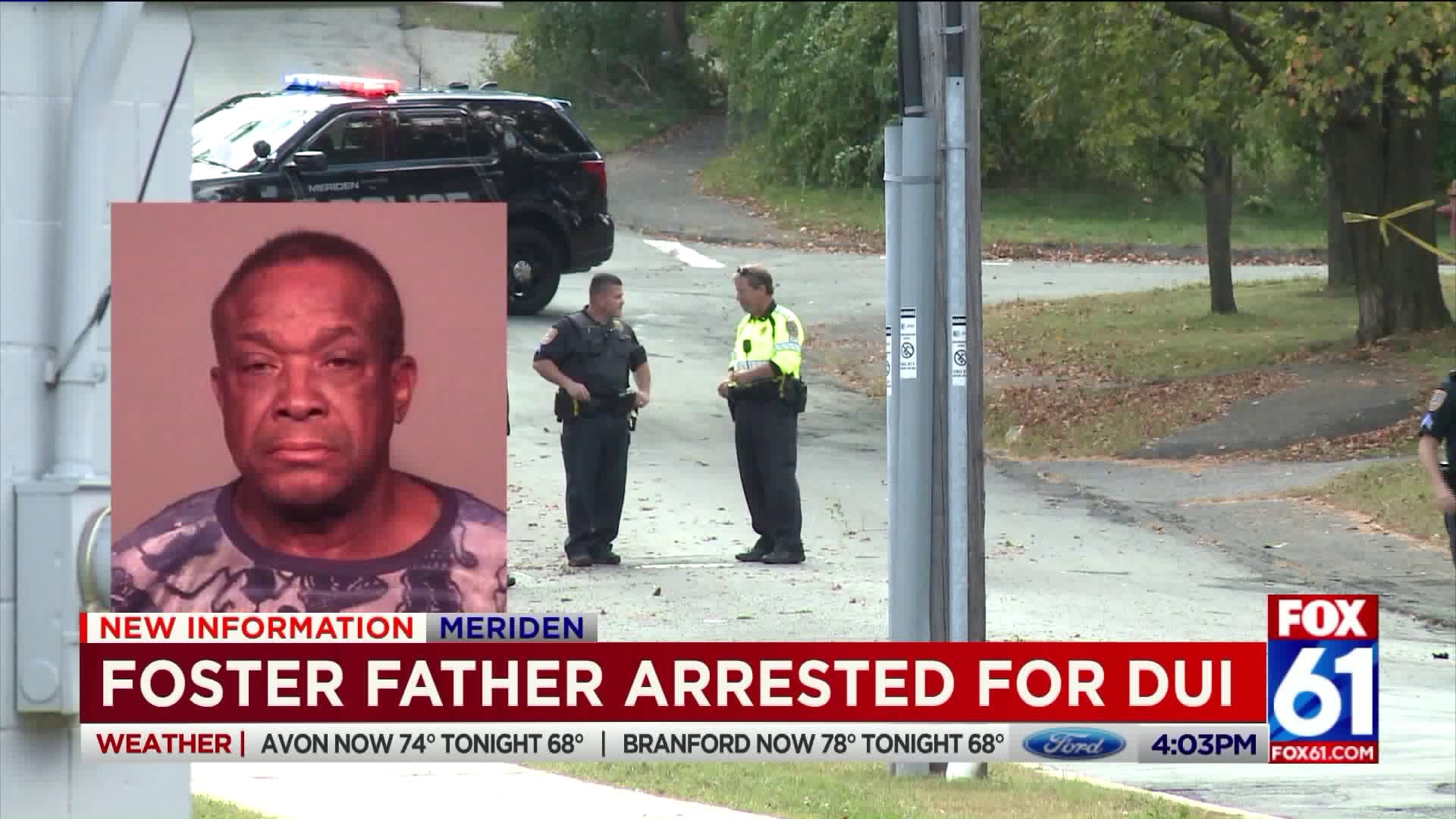 MERIDEN -- A Meriden teenager is in critical condition after being thrown from a vehicle that was being driven by his allegedly drunk foster father.

Despite alcohol allegedly being a factor, neighbors on North Wall Street told FO61 the same thing. Speeding is a consistent problem.

They are calling on the police to step up enforcement and ticketing here on North Wall Street. Adam Curtis of Meriden said drivers speed, “All the time. By the time people get here they are doing 40 or 50 miles an hour.”

63-year-old James Bailey is charged with DUI, reckless driving, reckless endangerment, and assault with a motor vehicle. He is free after posting $200,000 bond.

FOX61 went to his home on Milton Drive, which is just a two minute ride from the accident scene on North Wall Street. His wife answered the door, but declined an interview.

Back at the accident scene Tuesday, Eversource crews replaced the snapped power pole. Mark Adamowicz of Meriden said, “It was clean off. Probably 8 inches off the ground.”

According to police, Bailey was driving drunk on North Wall Street at 11 a.m. Monday with 73-year-old Joel Young in the front seat, and his 17-yea- old foster son in the backseat, without a seat belt.

“It was crazy. You in the house and all of a sudden you hear it and come out and there’s carnage all over the place,” said Curtis.

Police say Bailey was speeding in his Nissan Pathfinder when he snapped a utility pole. “There was nothing else left,” said Adamowicz. “The pole was almost in my driveway.”

The vehicle continued down the road, sideswiping another power pole. The teenager was ejected. Adam Curtis and his wife ran to help.

“You could tell that he was in rough shape. He was really kind of non-responsive. My wife and another gentleman were by him telling him that EMS was on their way.”

The vehicle also snapped a water pipe and took out a mailbox before coming to rest in some bushes across from Baldwin’s Pond.

“I went to the passenger side of the door and he was just like open the door open the door so I reached in, clicked the lock and got him out. But they just appeared to be in shock,” said Curtis.

The 17 year old was taken by helicopter to Hartford Hospital.

The teen remains in critical condition. James Bailey was not hurt and the front seat passenger who was a family member visiting from another country only sustained minor injuries.

Here in Connecticut, a passenger age 16 or older is not required to wear a seat belt in the back seat.

"The Department was notified about the life threatening injuries suffered by a child in foster care resulting from an auto accident in Meriden. We have come to learn that the foster father was arrested by police for driving under the influence, which may have been a contributing factor to the accident.

We are deeply saddened by this tragedy, and our thoughts and prayers go out to the child, his family, school personnel, our community partners, his Attorney and the Department staff who have worked closely with him for a number of years.

Upon learning of the incident, we immediately began a review of our involvement with this child and the care he received while placed with this family. An investigation has already commenced by our Special Investigations Unit regarding the specific circumstances leading up to the accident.

Furthermore, the Department has been in contact with the Office of the Child Advocate and Plaintiffs in the Juan. F. Consent Decree consistent with Governor Lamont’s requirements regarding state government transparency and accountability. We will cooperate fully with any outside review of our actions.”

The 17 year old is a student at Maloney High School.

Principal Jennifer Straub said, “We were informed by the Meriden Police Department that one of our students was involved in a serious car accident off school grounds in the community.  The student’s guardian is aware of this situation. Our thoughts and prayers are with our classmate and his family at this time.” She added, “As a school community we are worried and concerned for the student and we are awaiting news of his condition. He is well liked by his peers and teachers, so the mood today is one of care and concern.”