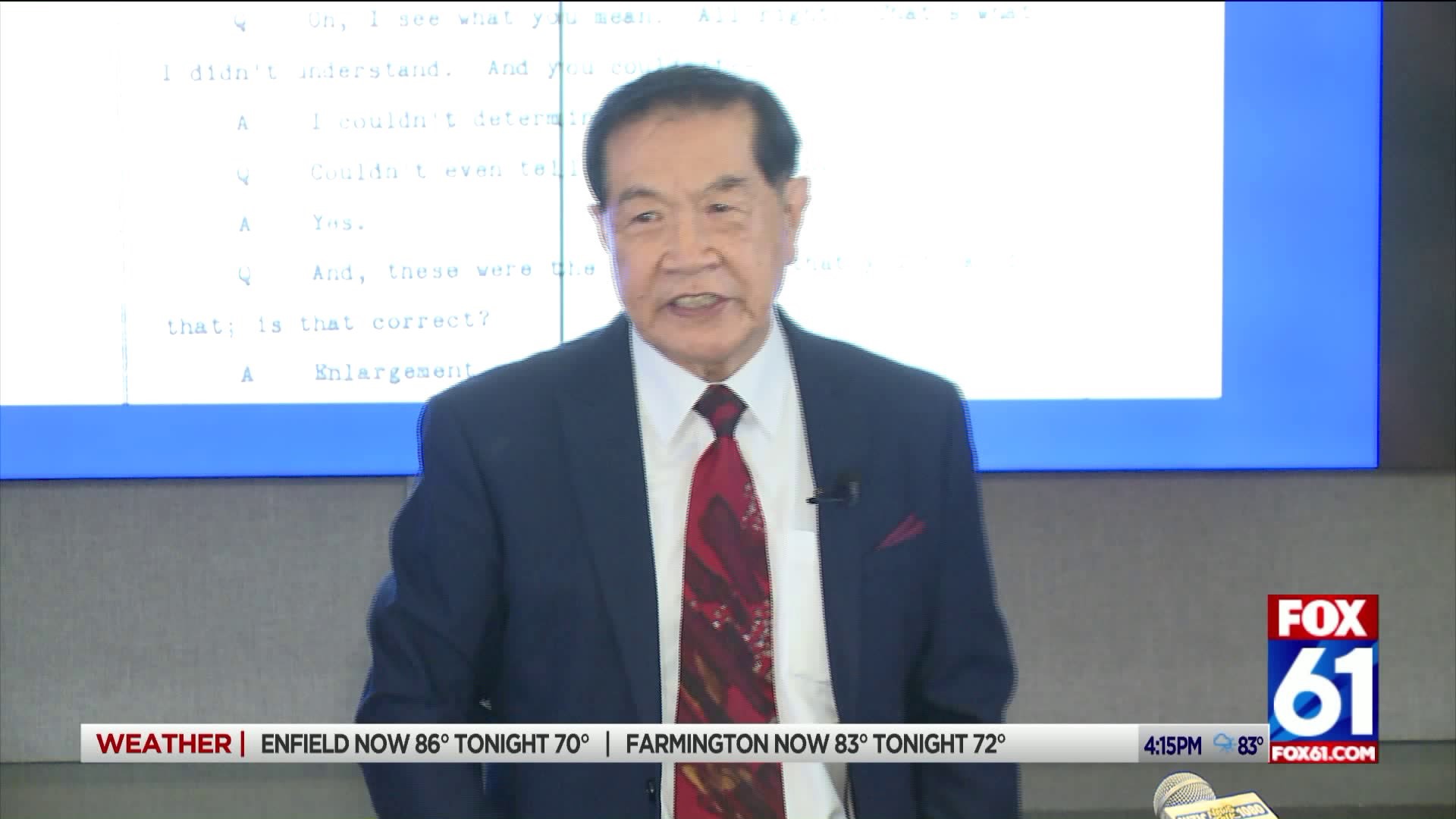 The Connecticut Supreme Court criticized Lee last month when it overturned the convictions of two men for a 1985 murder.

The decision came after experts determined that stains on a towel that Lee had testified were consistent with blood were something else.

Lee says the blood sample likely was used up during his earlier testing.

“We will not litigate this very important case in the media. While Dr. Henry Lee takes to defending himself in a press conference, we will do all our talking in a court of law where the merits of his explanations will be tested.
“The fact of the matter is that Wendall has been in jail for a crime he did not commit since Ronald Reagan was president. We will work tirelessly and zealously until Wendall walks out of a courthouse a free man and with his name cleared.”
Attorney Duby is working on this case with Patrick White, Robert O’Brien and Nicole Britt who are all associated with the Law Office of Christopher Duby.
Counsel for Mr. Hasan will make no further comments about this case at this time.