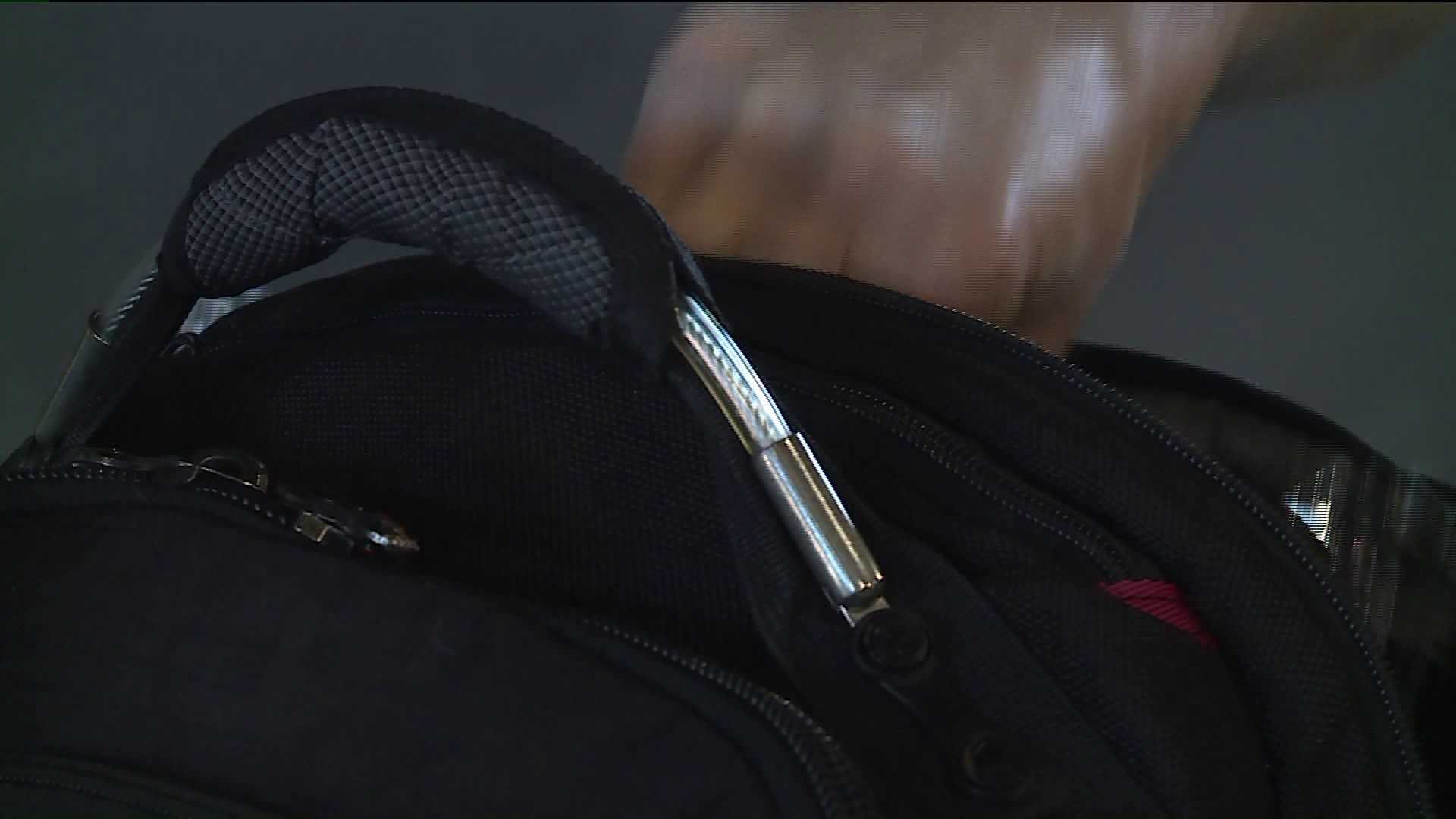 “I think that the times we’re living in, it’s important to have every available aspect, everything that you can have to protect your children.”

That’s why Abiah Ruel of West Hartford, who has three kids and one on the way, is in favor of bulletproof backpack panels like

They’re sold by her martial arts instructor, Darin Reisler, of Plus One Defense Systems. He also runs an online and store front business selling tactical products called The Tactical Boutique.

They’re currently out of stock.

The company’s president says he designed them with his kids in mind following the sandy hook shooting.

Similar products such as bulletproof backpacks are also seeing a spike in sales nationwide.

Florida-based Guard Dog Security said they sold 6 months worth of merchandise within three days of the Parkland, Florida shooting.

“I would definitely consider it,” said Kesheia Drayton. “Especially, for the kids.”

The backpack panels are not just for kids. Adults can use them as well. They can fit into a variety of backpacks, purses and other backs.

Bulletproof backpacks can also be used by adults.

While both products protect against hand guns, they don’t stop a bullet from a rifle like an a-r 15, which has been used in many mass shootings.

These types of products can also be expensive.

But Reisler, who is also a former police officer, said they’re worth it.

“We’re empowering people to let them know that they have options and that you can defend themselves,” Reisler said.

“If you can get a small panel that fits inside their backpack to give you peace of mind to give them peace of mind, I think it’s worth it,” Ruel said.