HARTFORD — The Democratic plan passed the Finance Committee Wednesday evening after meeting for several hours. The Democrats put forward a budget in respo... 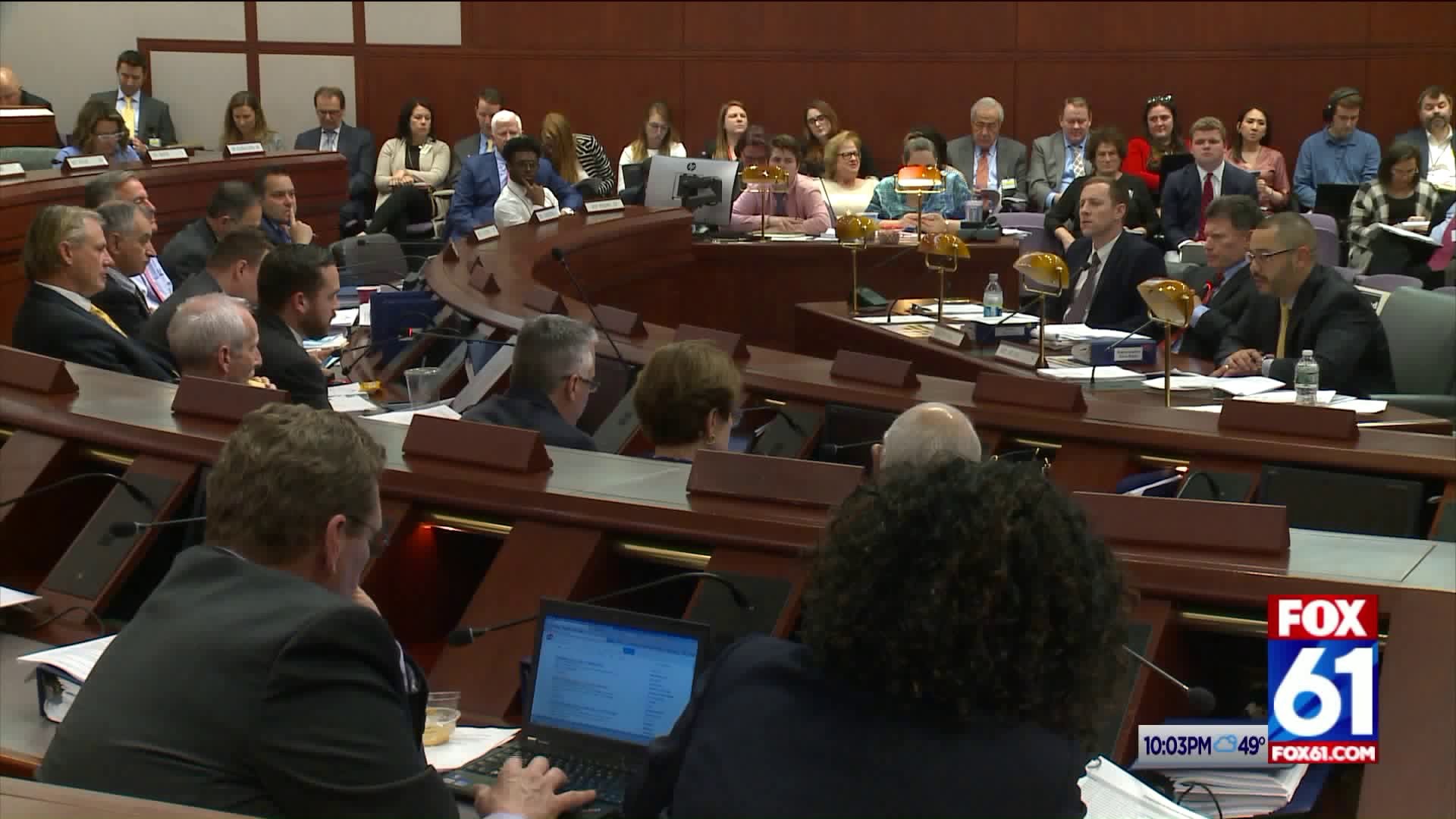 The Democrats put forward a budget in response to Governor Ned Lamont’s proposal presented in February. While some of their proposals are different, both also include more taxes.

“The Democrats have seen a decline in the revenues, the state has seen when we’ve taxed the rich in the past so now they’re looking at oh geez we should tax everyone,” said Rep. Rob Sampson, a Republican of the 16th District.

According to the Department of Revenue Services, about 13,000 Connecticut tax filers earn enough money to meet the threshold to pay a Capital Gains Tax which equals out to fewer than 1 percent of tax filers.

“I wouldn’t say it’s targeted. It’s just a reality of trying to come up with a balanced budget and find revenue from a broad spectrum of tax paying community,” said Rep. Jason Rojas, a Democrat representing East Hartford and Manchester.

However, getting Governor Lamont on board may be a challenge because is against the Capital Gains Tax.

In a statement, he said:

“This budget contains much more than a tax on the wealthy. This includes higher taxes on everyone. It steals transportation dollars, further hurting Connecticut’s infrastructure and bankrupting our Special Transportation Fund.”

Republicans said they likely will not come up with their own budget.

Governor Lamont’s office fired back and said in a statement:

“If Senator Fasano spent half as much time developing an honest revenue and spending plan rather than legislating via press release, we might all be able to come together and move our state forward.”

Also included in the proposal is the cigarette markup which would increase the minimum markup percentage for a cigarette dealer from 8 percent to 18 percent.

There is also the plastic and paper bags tax. There would be a proposed 10-cent charge for anyone who wants to purchase them to load up their groceries.

A move that has also raised eyebrows - Democrats have proposed capping the revenue from the new car sales tax that gets deposited into the Special Transportation Fund at 18 percent. The governor’s proposal would have eventually deposited 100 percent.

“I think they simply want to spend more to expand their influence and any source of revenue is good,” added Rep. Sampson.

The legislative session ends on June 5th which is the deadline for budget negotiations between lawmakers and the governor.