HARTFORD — Armed with a new poll, Democrats took to the podium Tuesday to try and push paid family medical leave toward the finish line. They repeated a f... 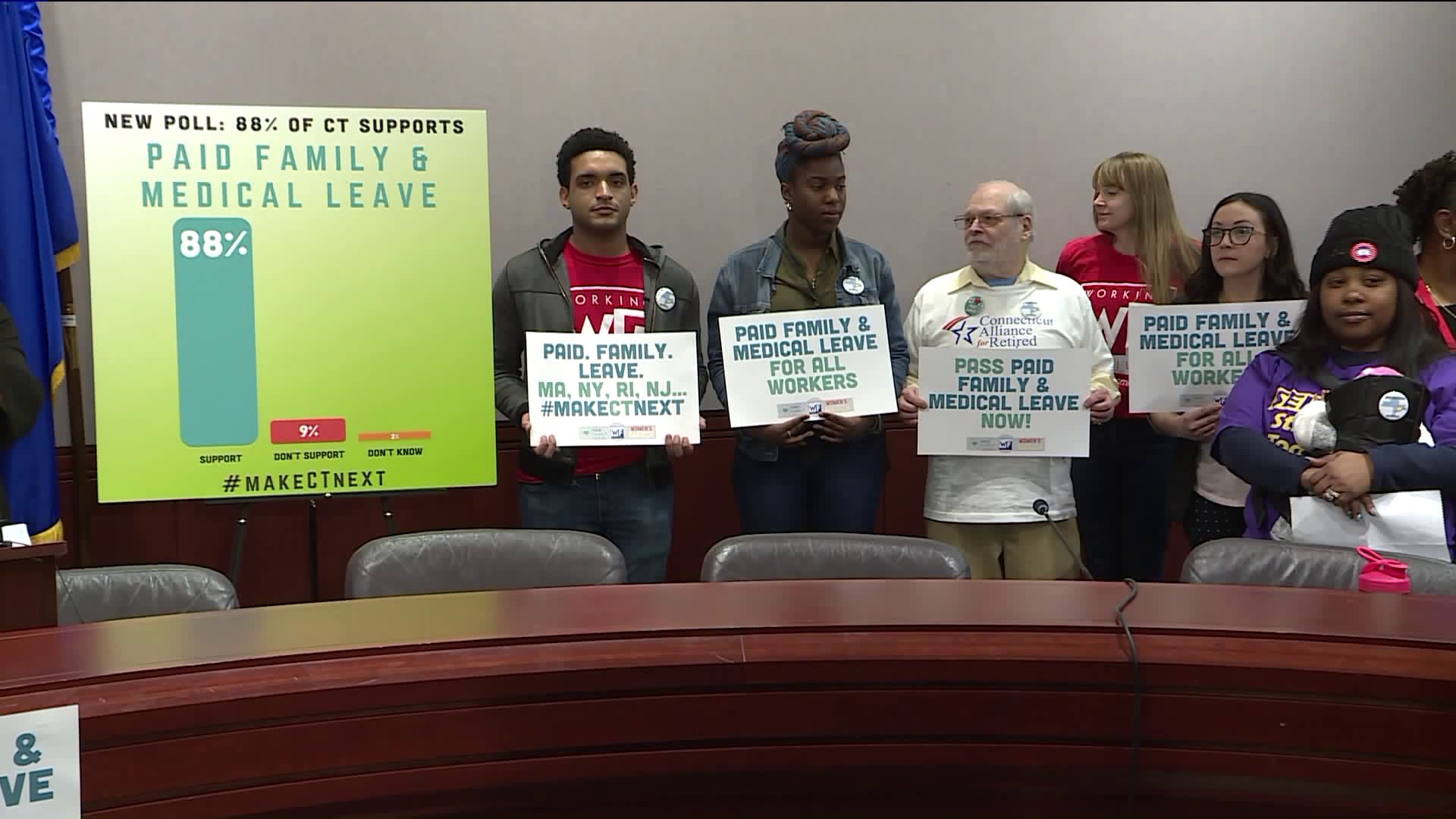 HARTFORD -- Armed with a new poll, Democrats took to the podium Tuesday to try and push paid family medical leave toward the finish line.

They repeated a familiar mantra that we’ve heard on topics like tolls and marijuana. The idea that ‘surrounding states have done it, so we should do it too.’

Given the designation SB 1, paid family medical leave is perhaps the hallmark piece of legislation for the Democratic caucus.

“We are at the point I think where states who want to regard themselves as enlightened and progressive should be adopting paid medical leave as mainstream policy,” said Senate President Pro Tempore Martin Looney.

According to a new poll from BLS Research, who works for the group advocating for paid family leave, it’s also in the mainstream of public opinion. 88 percent of voters said they support the concept. Including the Governor.

“I’m going to work my heart out to make sure that gets done and I’m going to do it in the most fiscally responsible way,” said Gov. Lamont.

Funded through a half a percent deduction to your payroll, the benefit would allow you to take up to 12 paid weeks off for personal or family illness. Denitra Pearson of New Haven told FOX61 how it would help her.

“I wouldn’t be struggling like I am right now to put groceries in my house, food on the table, pay bills, car insurance, fix my car and worry about spending time with my baby,” she explained.

But others question if the money going out of the fund would exceed money coming in, and some businesses worry about the cost to administer the program.

“I’m the first business guy as Governor in many many years. I’m looking business in the eye to say I think this is in the best interest in not just your workplace but your work force,” said Gov. Lamont.

SB 1 doesn’t contain language to prevent the fund from being swept, and a small number of people who don’t meet an income threshold would be required to pay in without being able to collect the benefit. Republican State Rep. Chris Davis questioned if Democrats have enough votes to push through pad family leave, tolls, and marijuana.

“I believe the administration originally wanted to push those through as fast as possible. We are now here in April almost more than half way through the legislative session and it hasn’t really advanced very far other than perhaps initial votes of unfinished products coming through committee,” he explained.

If passed as drafted, the payroll deductions would begin July 1st of 2020 but the payouts wouldn’t begin until a year later.