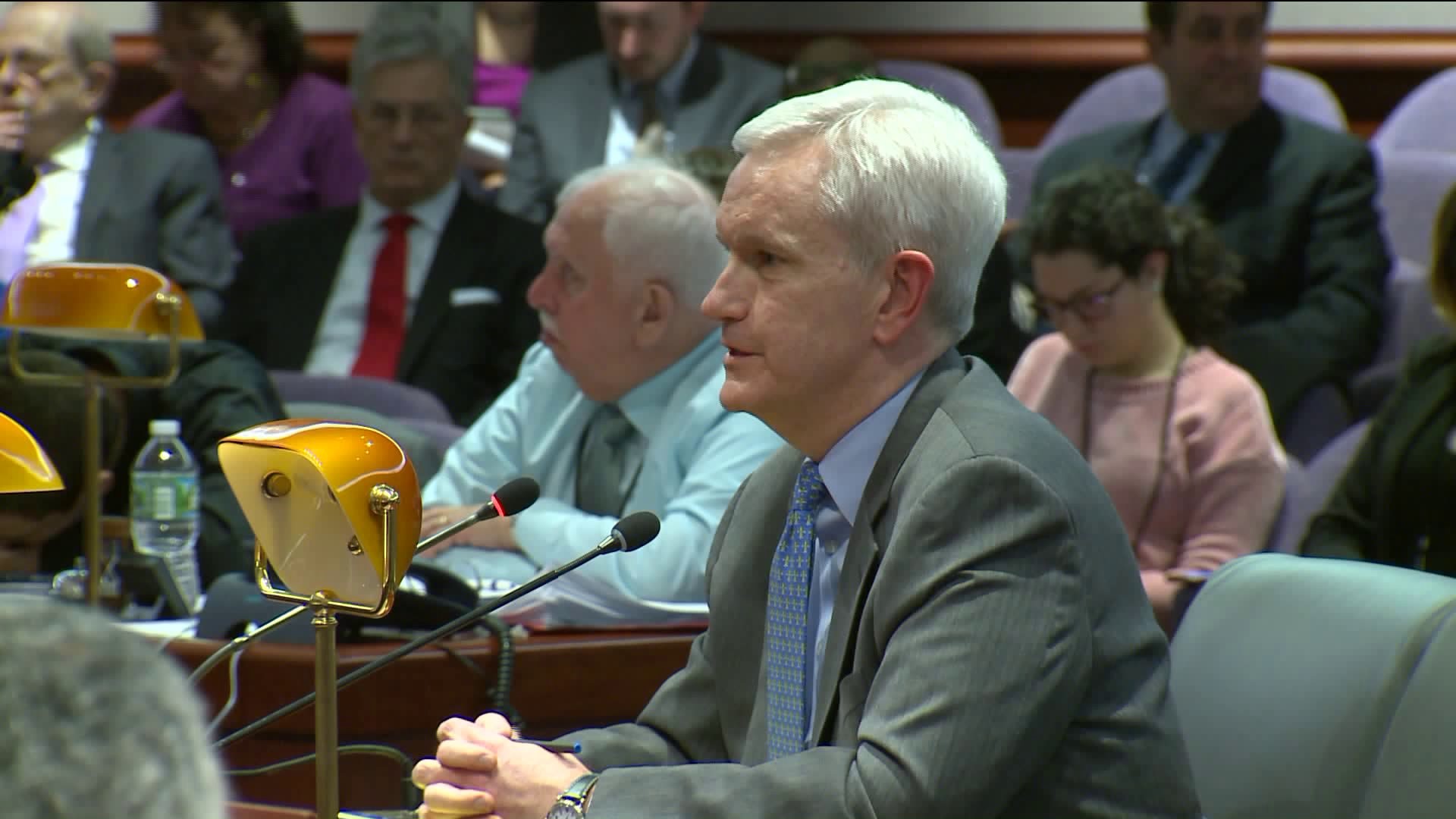 HARTFORD — Democratic legislative leaders in Connecticut said Tuesday they believe the sexual orientation of Gov. Dannel P. Malloy's choice for the state's next chief justice may have cost him support among some Judiciary Committee members during a 13-hour confirmation hearing that ended in a tie vote, putting the nomination in jeopardy.

Justice Andrew McDonald, a longtime friend of the governor, is gay and could become the first gay chief justice of a state Supreme Court, if ultimately confirmed by the General Assembly.

"The Republicans should be ashamed of themselves for the way they acted yesterday," said Senate Majority Leader Bob Duff, a Democrat from Norwalk who said he thought many of the questions that Republican committee members asked McDonald were insensitive and inflammatory. "Maybe they don't like his lifestyle, (they) don't like him personally, but to vote against somebody who is imminently qualified to be the chief justice of the state supreme court is terrible, and they should be ashamed of that."

House Republican Leader Themis Klarides insisted the questioning during the lengthy confirmation hearing was "purely substantive," based on McDonald's legal opinions and his decisions to recuse himself in certain cases.

Early Tuesday morning, the Judiciary Committee sent McDonald's nomination to the full General Assembly on a 20-20 vote, with an unfavorable recommendation. It's unclear whether McDonald will have enough support to ultimately clear the legislature.

Democrats hold a narrow majority in the House of Representatives and there are an equal number of Democrats and Republicans in the Senate, with Democratic Lt. Gov. Nancy Wyman typically breaking any tie votes. One Democratic senator on Tuesday recused herself from voting on McDonald's nomination, which means McDonald's confirmation will require questionable Republican support.

"The margins are such there is little room for error," said Democratic House Speaker Joe Aresimowicz. "I still believe that cooler heads will prevail and will look at Andrew McDonald on his qualifications."

Senate Republican Leader Len Fasano said he has not yet polled his members to see if any would support McDonald. Fasano, who served with McDonald when he was a Democratic state senator, said he plans to meet again privately with McDonald before making a final decision on how he will vote.

"I've always said Andrew is a very personable guy, he's very sharp, he's a very bright guy, I respect him tremendously," Fasano said. "We may have a different feeling of where the supreme court should or should not be and I've told him some of the concerns that I have and I also told him that I'm going to have him back in my office with me ... and go over those cases again."

Some of the Democrats' anger about McDonald's confirmation hearing focused on the GOP's repetitive line of questioning, as well as questions about McDonald's 2009 marriage and the fact Malloy performed the wedding ceremony. Republican Rep. Arthur O'Neill called it "an extraordinary, unusual circumstance" and asked whether the two also discuss court cases and judicial matters, which McDonald denied.

"I'm glad to see that's the new litmus test for our chief justices," he said. "Absolutely disrespectful and disgusting."