HARTFORD — With one week left in the regular legislative session, a lot of proposals are still up in the air. One of them is the ban on plastic bags. Senate Dem... 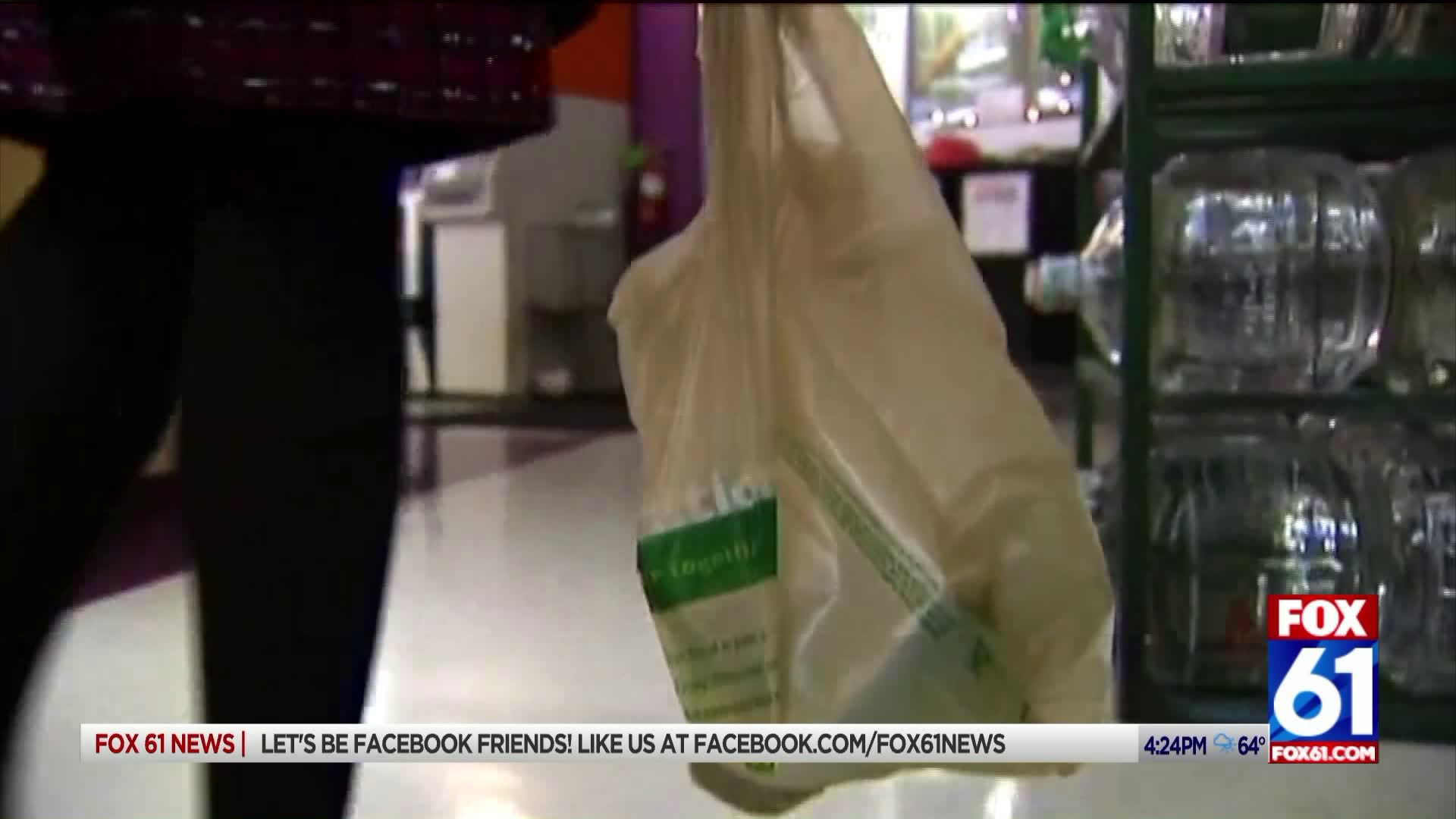 HARTFORD — With one week left in the regular legislative session, a lot of proposals are still up in the air. One of them is the ban on plastic bags. Senate Democrats say they will vote on it. They say the bill has some clear environmental benefits but those opposed worry about the impact on businesses.

This bill comes on the heels of the House just passing a ban on styrofoam food containers. There are also bills floating around to ban plastic straws. The Governor has also proposal taxing plastic bags. This bill however, would ban them altogether.

Senate Democrats says it’s about changing behavior. “We can change behaviors as a society,” explained Rep. Jonathan Steinberg, (D) from Westport. But not everyone thinks that’s the role of government. Rep. Dave Rutigliano, (R) 123rd District said, “I think the free market is sort of handling it.”

SB 1003 would ban plastic bags and paper bags that aren’t 100% recyclable. Sen. Christine Cohen, (D) 12th District said, “Any municipality that has a stricter ban in place. They would not be pre-empted by this state law.”

The bill would require stores to provide customers with reusable bags that are made of 40% post consumer material ..  and are labeled, “please reuse / recycle.”

Louis Burch of the Citizens Campaign for the Environment said, “We have a plastic pollution crisis. It’s choking our oceans it’s devastating our wildlife it’s also causing a huge problem for our municipal recyclers because these plastic bags are getting jammed up in their operations.”

But there's a concern about the increased cost and impact to border retailers. Rep. Rutigliano owns several restaurants. “I know in my business, we’ve been off plastic and styrofoam for about a year. We use paper, but at a significant cost.”

The ban applies to grocery stores that brings in a gross annual revenue of 2-million and have at least 10,000 square feet of retail space. “In the grand scheme of things, the bags are relatively lightweight and for businesses that are new or struggling or have low profit margins those bags are super inexpensive compared to the alternative,” said Rep. Rutigliano.

The legislation exempts prescription medication bags and bags for unwrapped food items. Burch said, “It’s critical that we not just try to replace one signed use throw away bag with another. We are here to promote more sustainable consumer behaviors. Bringing your own bag, that’s the name of the game.”

The bill includes a warning for a 1st violation and $250 fines after that. If it becomes law the ban wouldn’t go into affect until July of 2021.