NORTH HAVEN —  North Haven dentist Dr. David Fantarella said he was the first dentist in the world to sign up to buy a relatively new type of dental laser... 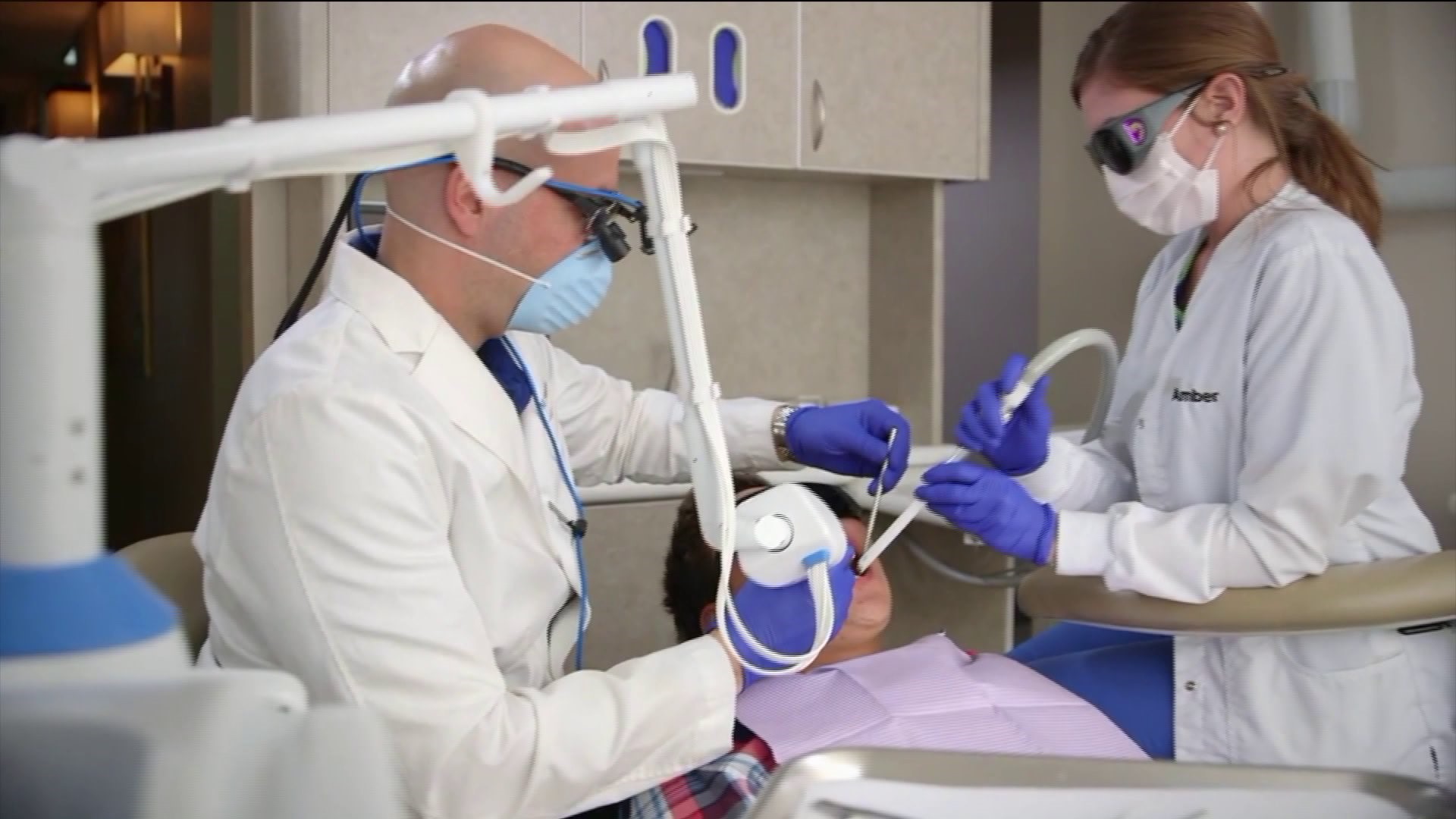 NORTH HAVEN --  North Haven dentist Dr. David Fantarella said he was the first dentist in the world to sign up to buy a relatively new type of dental laser, one that he said is the present and future of his dental practice.

In fact, he believes in the laser, called Solea, so much, that he invested in the company that makes it, Convergent Dental.

Solea shined in a demonstration to FOX61. Dr. Fantarella used it to clean out and fill a cavity in under four minutes, with no drill, no bleeding, and no pain, which also meant there wasn’t a need for a needle full of anesthetic.

“It’s fantastic. As a parent, that’s what you want, you want it to be easy for your children,” said Nicole Russo, whose daughter Avery was the patient for the demonstration.

Nicole also has been a patient for some Solea procedures, and said it was a relief to not need an anesthetic injection beforehand.

“I have a pretty high tolerance for pain but no needle coming at your face is a fun experience,” she said.

Dr. Fantarella said Solea helps to make dentistry more accessible by bypassing two things that people traditionally hate about going to the dentist – the prick of a needle, and the sound of the drill.

“The drill, I mean you would hear that drill and it was, you knew something was happening,” said Nicole.

As for how Solea works, Dr. Fantarella likened it to something else with a distinct sound.

“It’s kind of like a Star Wars light saber,” he said, “It just goes through and vaporizes the tooth.”

Solea works on a number of different type of body tissue, from the hard enamel that coats teeth, to soft tissue under the tongue.

Dr. Fantarella said Solea works by literally vaporizing the tissue in microscopic layers, thousands of times per second. The process is so quick that the body doesn’t get the chance to feel pain.

“It pulses so quickly, and it’s absorbed into just the outer layer, the body just can’t perceive the pain.” he said

“You don’t really feel a thing,” said Avery, shortly after her procedure, “You know he’s working on you but it’s not like it hurts or anything.”

Dr. Fantarella said he can finish some Solea procedures before a traditional procedure even gets started.

“By the time someone’s numb in a chair that they’re not using Solea, I’m done,” said Dr. Fantarella.

“It makes dentistry accessible in more than one way. It’s two ways, primarily. Number one, it takes away the fear, and number two it makes the bill less,” he said.