HARTFORD – After a year and half long investigation, the Connecticut Department of Consumer Protection (DCP) is releasing its final report into deteriorating an... 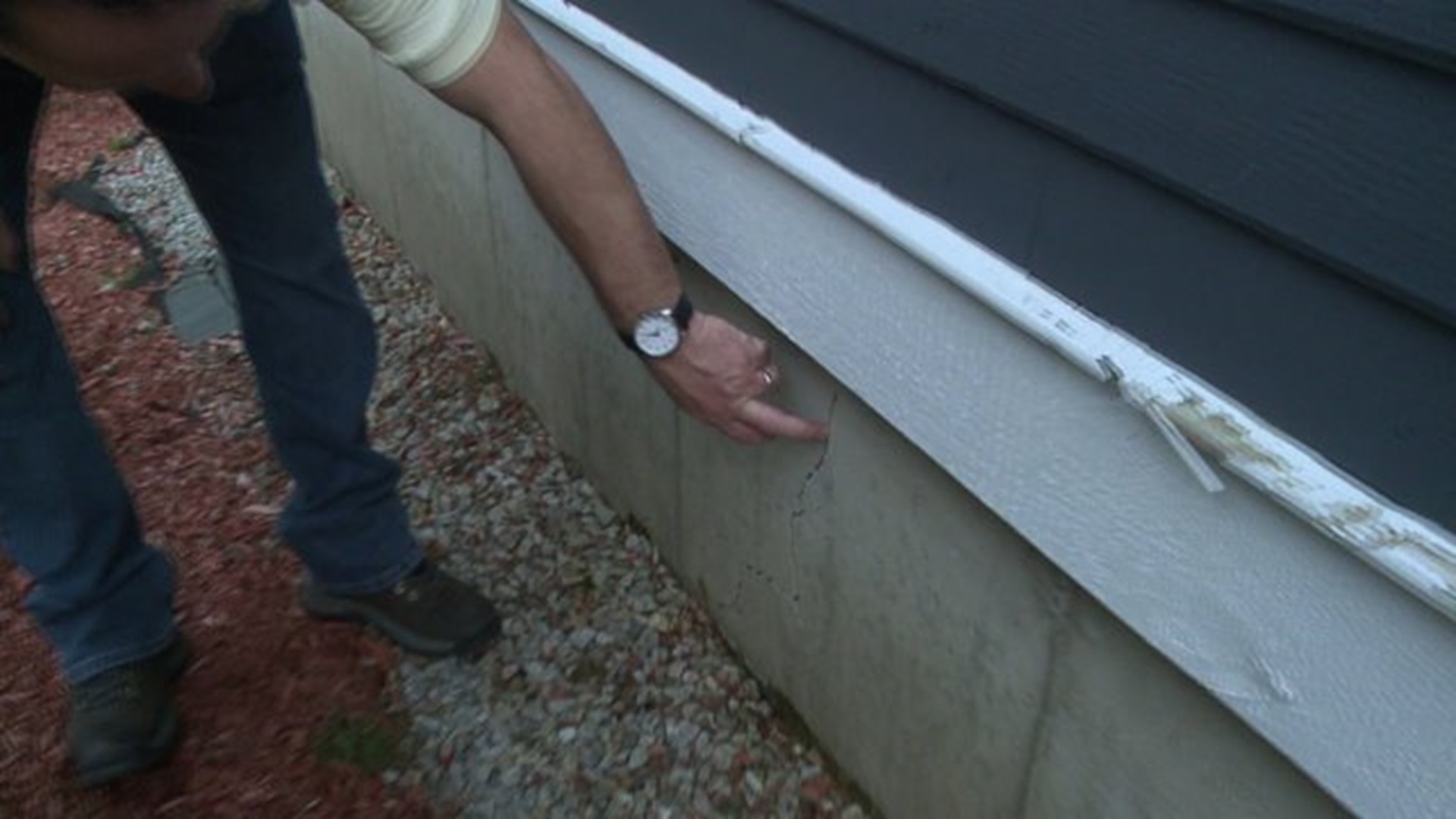 HARTFORD – After a year and half long investigation, the Connecticut Department of Consumer Protection (DCP) is releasing its final report into deteriorating and failing concrete foundations in the northeastern part of the state. It provides a lot of information about the problem, but ultimately provides no potential solutions.

DCP’s investigation, along with the Attorney General’s office, focused on whether or not the state and affected homeowners had grounds for a claim under the Connecticut Unfair Trade Practices Act. In July of 2016 the attorney general issued a letter to Governor Dannel Malloy and the DCP indicating the low likelihood of a successful claim against the concrete companies or any other party related to the foundation problems.

DCP Commissioner Jonathan Harris told FOX 61 there’s not enough evidence to prove anyone knew the mineral pyrrhotite, found in the concrete, would react this way back when the foundations were poured.

The investigation concluded that the mineral pyrrhotite must be present for the foundations to deteriorate in the way observed. The minimum amount of pyrrhotite needed to trigger deterioration is not yet known. Becker’s Quarry, the main source of concrete aggregate for JJ Mottes, includes more than trace amounts of pyrrhotite, and is located on a vein of rock that contains significant amounts of pyrrhotite.

The investigation included a scientific study where a concrete expert from the University of Connecticut was retained to study core samples from affected homes. DCP also conducted approximately 70 site visits to potentially affected homes, conducted roughly 90 interviews with builders identified by consumer complaint forms, conducted 85 interviews with experts involved in residential construction and foundation installation, issued 31 subpoenas to insurance companies under CUTPA, and processed over 450 complaints from potentially affected homeowners.

Complaints received by DCP include homes with foundations poured between 1983 and 2010.

Tim Heim, President of the Connecticut Coalition Against Crumbling Basements, said he read the report, but found he still had unanswered questions.

Commissioner Harris said he hopes the information in the report will be helpful to other agencies and lawmakers looking into solutions for these hurting homeowners.

“We’ve done a lot of work, compiled that information now for people to review and determine what that means for them, “said Harris.

Heim is calling on Governor Malloy and Lt. Governor Nancy Wyman to take on the issue. He met with both of them late last year.

Heim said, “This isn’t going away and it just gets larger by the day.”