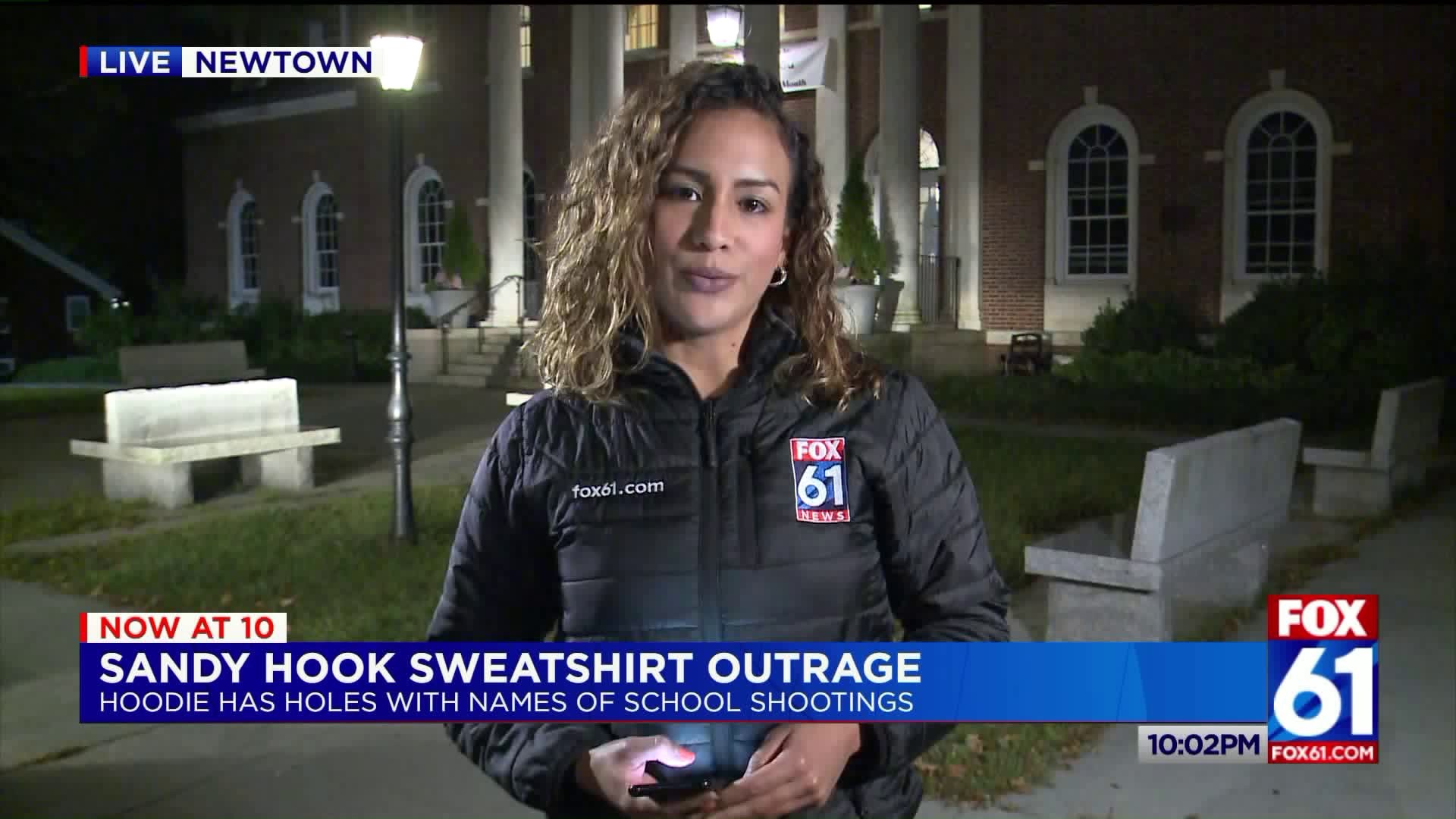 NEW YORK -- A fashion designer showed off bullet ridden sweatshirts with names of schools where shootings had taken place, including Sandy Hook.

Bstory posted pictures of the sweatshirts which also showed the names of Virginia Tech and Stoneman Douglas.

The social media post prompted quick, negative outcry, accusing the designer of attempting to profit off of tragedy. "I truly, sincerely hope you never have a personal reason to understand how painful this is to those of us who were affected by this tragedy. What a sick and twisted luxury it must be to think you can "go there" and not understand the impact of this on those who are hurt by it. Disgraceful."