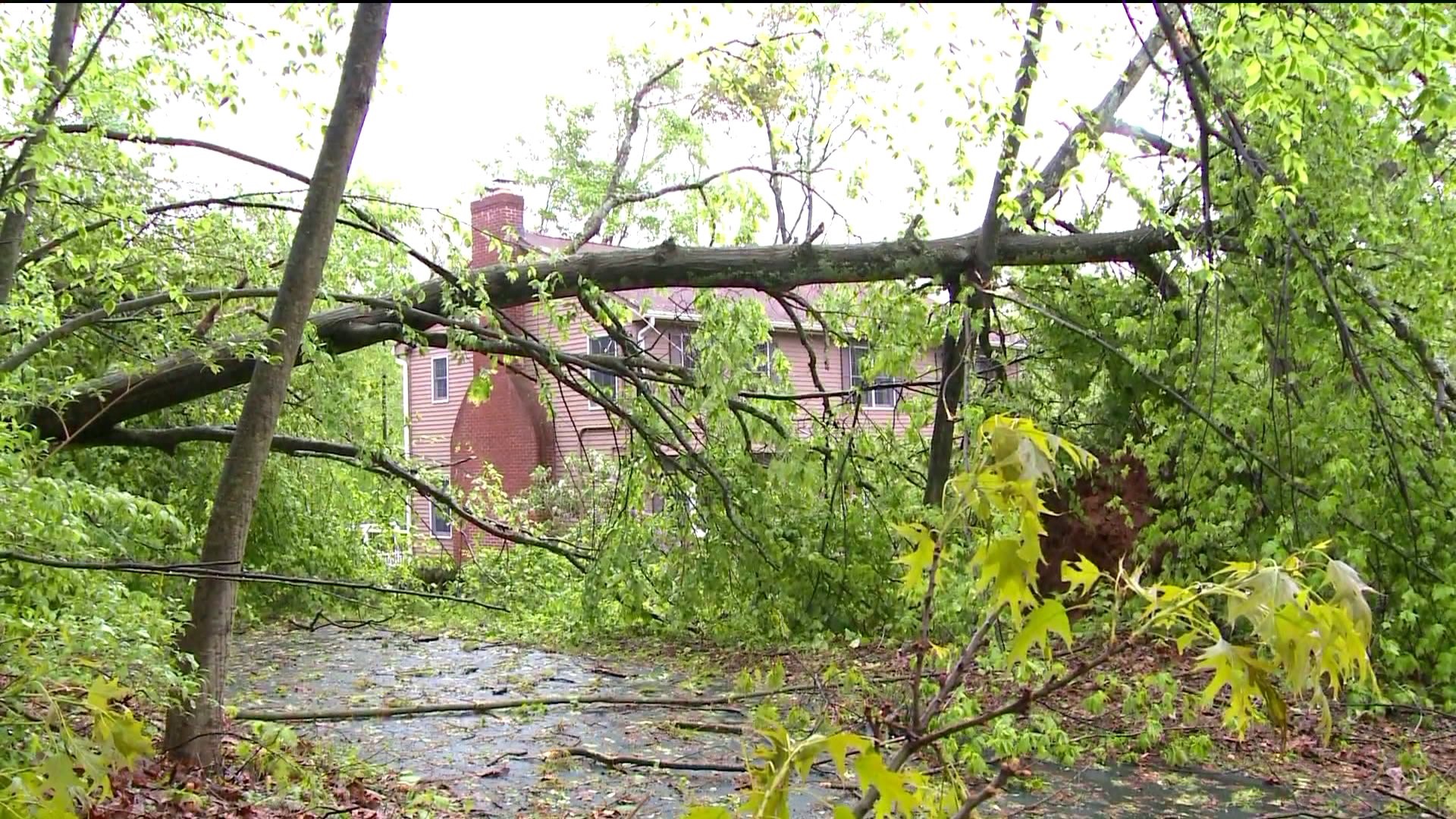 The devastation a tornado left in its wake late Tuesday afternoon isolated residents on the north end of town from the rest of the community, until Thursday morning.

"Get us on TV and get some help," yelled a desperate Arlene Pregman to FOX61 videographer John Roll, as he climbed over scores of downed trees, piled in yards, on houses and in the road.

Across the street, a relieved Sue Bennett, whose family has lived in their Shepard Avenue home for 22 years.

"You’re the first human being that has come up our driveway other than our neighbor that’s next door," said Mrs. Bennett. "We’ve had no help."

She and her daughter beat the storm to their hilltop home by about 10 minutes Tuesday.

"We came out to get groceries out of the car and my husband said something's different. It’s changed," she said.

And, within two minutes, they rushed to their basement.

"One by one, we could hear and feel the house shake and the trees fall," she said.

Fortunately, they are campers.

"We grilled out last night," said David Bennett, Sue's husband. "We got lanterns and all are battery powered."

"You know, we called the tree people and we’re 473 on the list," he said with a chuckle. But he was serious. Actually, his wife said, they are 479 on the list.

As soon as the storm passed, Mr. Bennett checked on his neighbor. Then, he made a startling discovery on the road: a clobbered car.

"I heard a couple of people screaming down below," he said. "One lady a tree had hit the back of the car and smashed out the back window and the other tree you’ll see it. It’s leaning up against the car and she had a little baby in the car and they’re fine."

Arlene Pregman and her husband have lived in the Shepard Ave home for 35 years and they're thankful their house was spared. However, their driveway remained inaccessible.

United Illuminating, which late Thursday afternoon said only eight percent of Hamden residents remained without power, told town officials it could be a couple of weeks before some customers have electricity.

Geoff Harris, the town's arborist, who owns Independent Arborists and Consultants tree care service, got emotional as he looked at the destruction in the part of town in which he grew up.

"These are our woods," Harris said. "This was the family woods for all these years. It’s gone. It’s gone."

By 1 p.m., Hamden Public Works and subcontractors teamed up to clear Shepard Avenue of the massive amount of debris, reconnecting the residents. The American Red Cross visited the neighborhood during mid afternoon.

Nearby Westwoods school was providing drinking water for those who don’t have access until Thursday night.