Despite the heat, they keep the juice flowing

MERIDEN — While many of us will be trying to figure out whether to go to a pool, a beach or hang out somewhere in some air-conditioning, not everybody has... 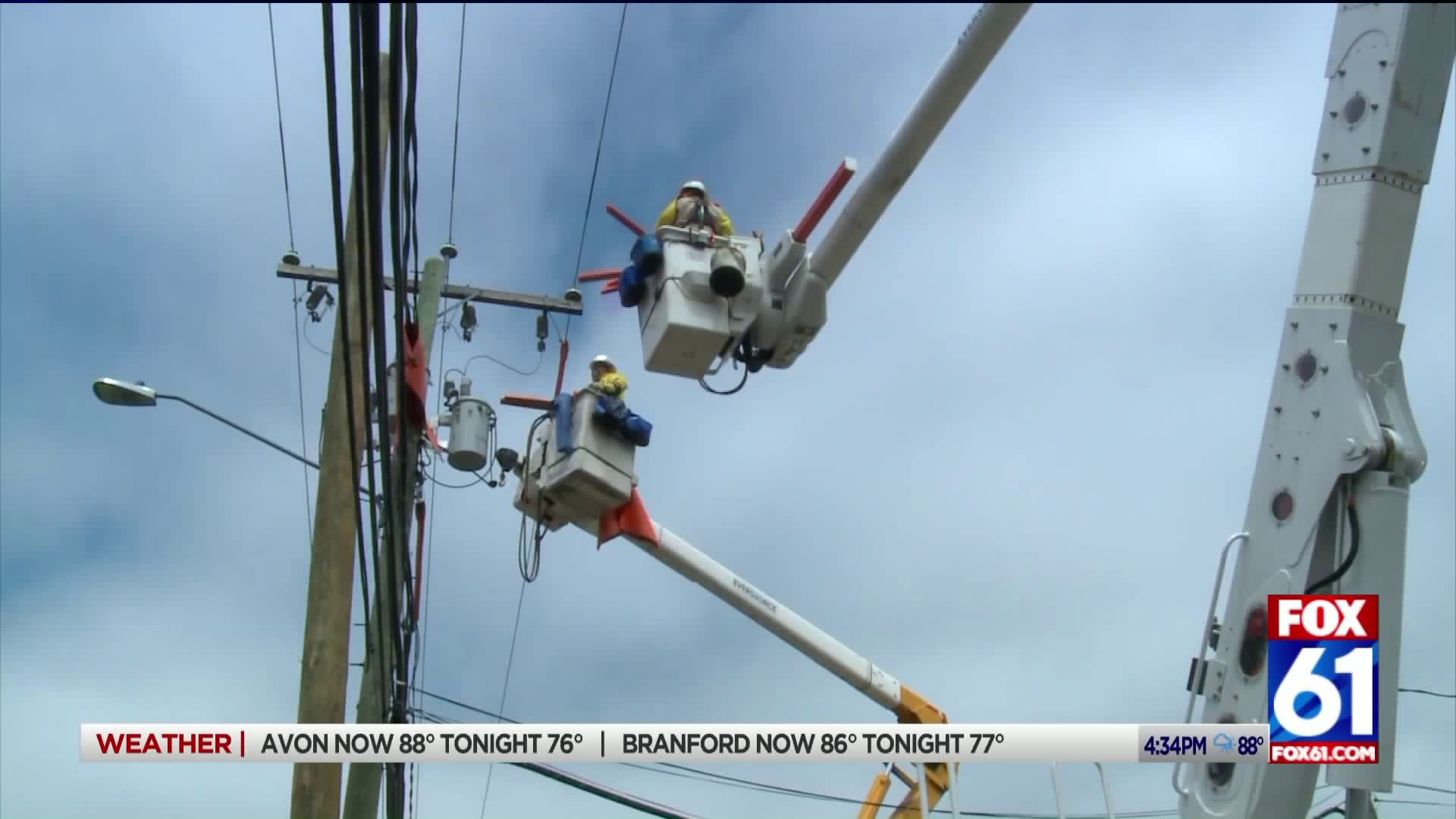 MERIDEN -- While many of us will be trying to figure out whether to go to a pool, a beach or hang out somewhere in some air-conditioning, not everybody has that luxury.

Friday morning in Meriden, it was business as usual for an Eversource team of line crews, but when the heat is on, their radar is up.

“We watch out for one another,” said Joe Vangorder, and Eversource lineman for 38 years. “And we try to make sure that when we see somebody getting a little too hot, we make sure they drink something.”

And, they take more frequent breaks.

“It’s kind of common sense,” Vangorder said. “You know, if you feel sick, get in the air-conditioning for a while.”

He is like most lineman when it comes to working in the elements.

“I, myself, find it to be hard for me to work in the hot weather,” Vangorder said. “The cold weather, like Barry (fellow lineman) says, you know, you can always put something on. You can always keep dressing up to keep warm.”

But, with their protective gear they’re required to wear to work on power lines, it can get exhausting pretty quickly in the heat.

“The gloves are 35,000 volt gloves and the sleeves go from here to up here,” Vangorder said.

He added that there are some more protections for the line crews during the winter than they have in the summer.

“I wish we had a summer, a heat clause, rather than a cold-weather clause, which we do,” he said.

If temperatures get down to 10° and below, Eversource line crews are not permitted to work outdoors. Nothing like that for summer conditions, though.

“But, they do tell us before we leave the yard to look out after each other,” he said.

It is important to note, however, that if there are emergencies, and customers are without power, line crews work no matter what the temperatures are.