BRANFORD —  Imagine bringing a dog home and having it run away after just 30 minutes. Then, imagine finding it four months later and some 40 miles away. T... 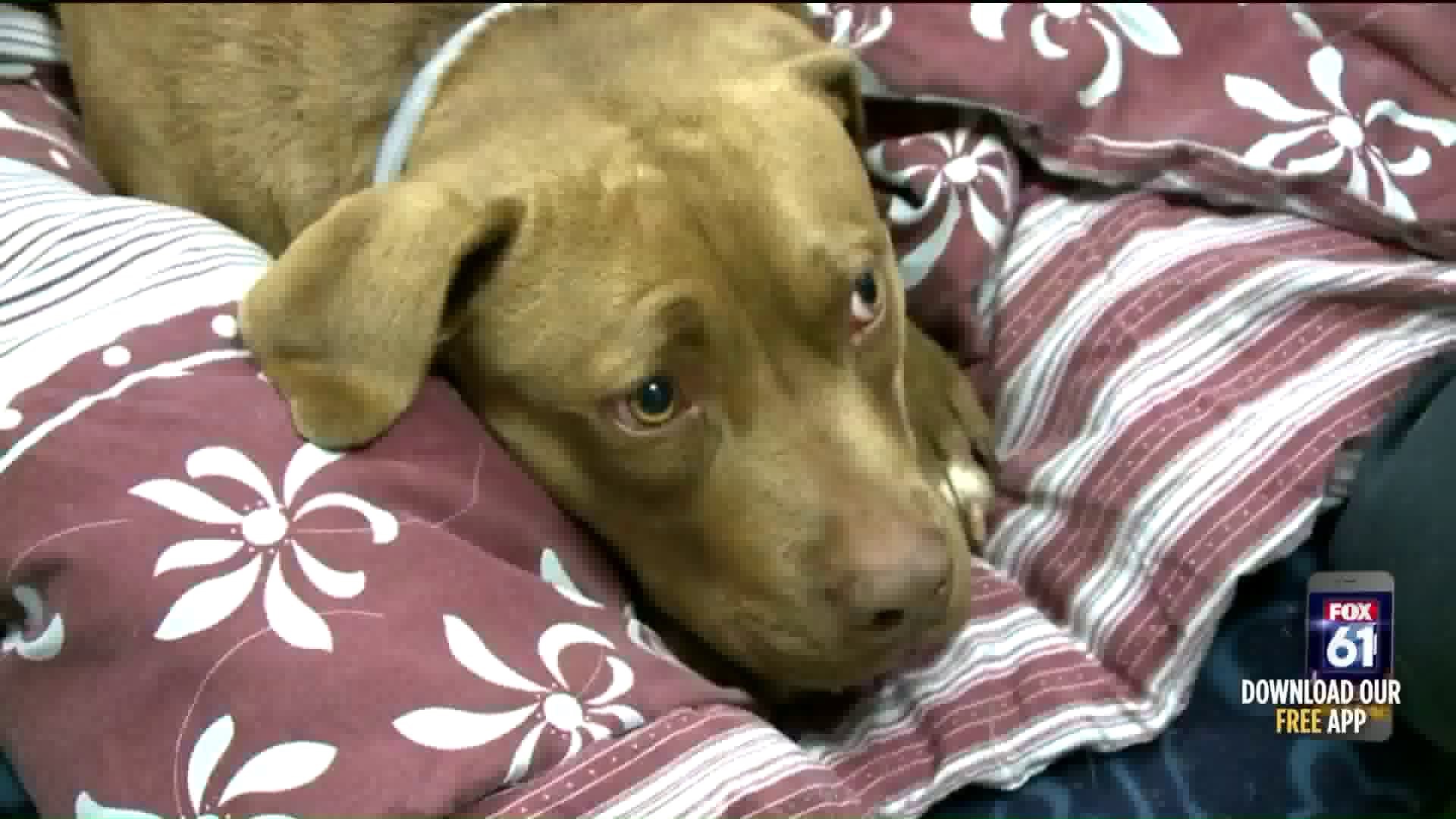 BRANFORD --  Imagine bringing a dog home and having it run away after just 30 minutes. Then, imagine finding it four months later and some 40 miles away.

This scenario played out for a Rocky Hill man.

Michael Dinnie, Who had purchased a rescue dog through a website, was excited to bring home Boomer, who arrived with other dogs from Tennessee on July 16.

But, shortly after getting the dog home, Dinnie sais Boomer took off. There were reports of people seeing Boomer in several towns over the next couple of months, but no one could catch up with the dog. That is until now.

Several weeks ago, reports began to surface that Boomer had taken up residence in a couple of neighborhoods in Branford.

So, local animal advocacy group, CT Dog Gone Recovery, set large kennel traps in the areas where he had been spotted the most.

Sure enough, Monday morning, Boomer was found locked up in a large trap that had been full of tempting food that the 60 pound hound could not pass up. After being rushed to a local veterinarian, it was determined Boomer was largely pretty healthy, despite being covered with ticks.

He was reunited with Mr. Dinnie Monday afternoon. And on Tuesday afternoon, Boomer returned to his Rocky Hill home to find a new brother, Buddy, a dog who is similar in size and should make for a great companion.