Dorian closes in on Bahamas as dangerous Category 5 storm

McLEAN’S TOWN CAY, Bahamas — An already dangerous Hurricane Dorian intensified yet again Sunday as it closed in on the northern Bahamas, threatening to ba... 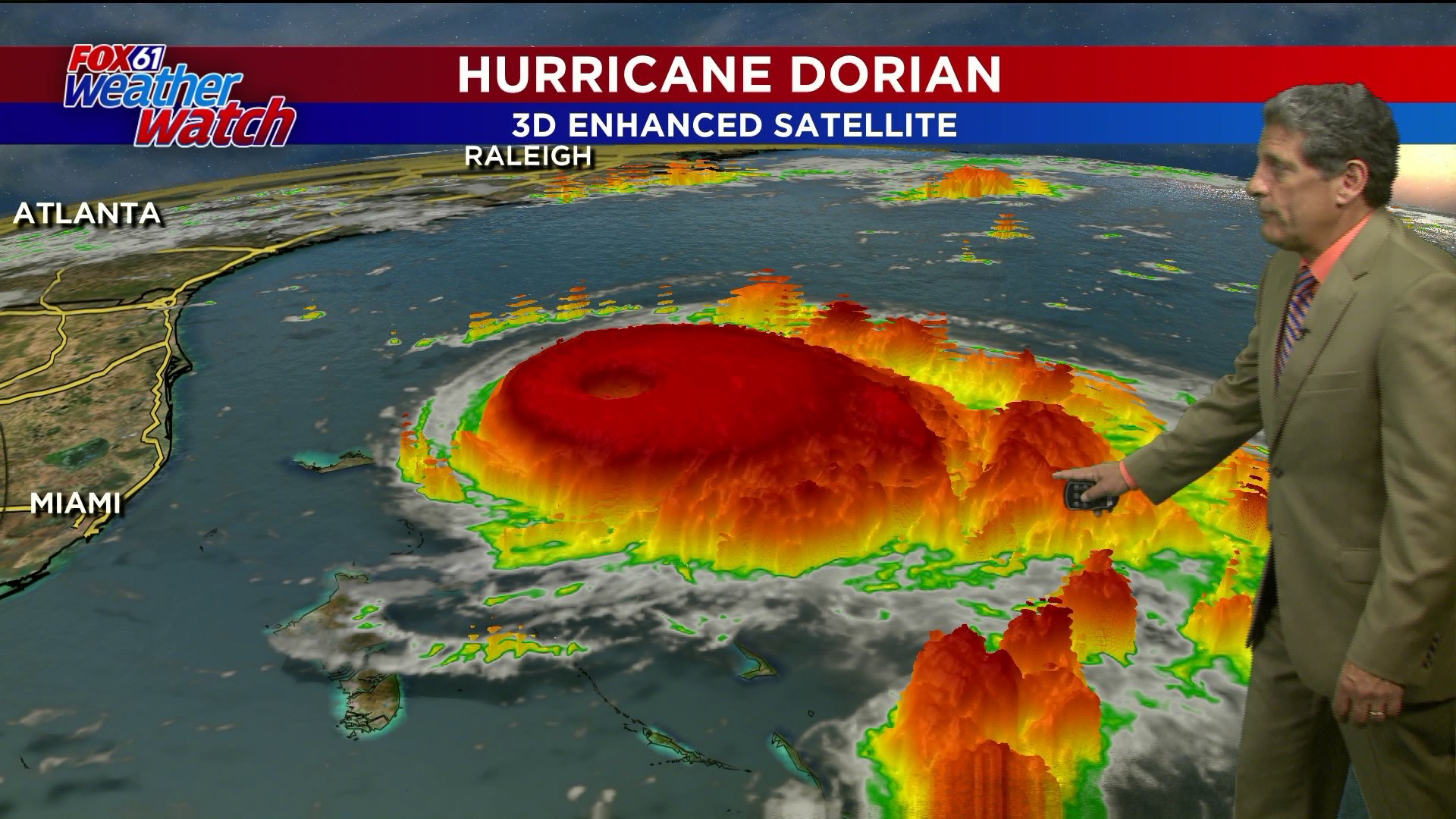 McLEAN'S TOWN CAY,
Bahamas
— An already dangerous
Hurricane Dorian
intensified yet again Sunday as it closed in on the northern Bahamas, threatening to batter islands with Category 5-strength winds, pounding waves and torrential rain as people hunkered down in schools, churches and other shelters.

The National Hurricane Center in Miami said Dorian's maximum sustained winds have increased to 160 mph (260 kph), up from 150 mph (240 kph). It is moving west at 8 mph (13 kph). "Devastating hurricane conditions" are expected in the Abacos Islands early Sunday and across Grand Bahama Island later in the day, the center said.

Millions from Florida to the Carolinas kept a wary eye on Dorian, meanwhile, amid indications it would veer sharply northeastward after passing the Bahamas and track up the U.S. Southeast seaboard. But authorities warned even if its core did not make U.S. landfall and stayed offshore, the potent storm would likely hammer U.S. coastal areas with powerful winds and heavy surf.

In the northern stretches of the Bahamas archipelago, hotels closed, residents boarded up homes and officials hired boats to move people from low-lying areas to bigger islands as Dorian approached.

Bahamas Prime Minister Hubert Minnis warned that Dorian is a "dangerous storm" and said any "who do not evacuate are placing themselves in extreme danger and can expect a catastrophic consequence."

Small skiffs shuttled Saturday between outlying fishing communities and McLean's Town, a settlement of a few dozen homes at the eastern end of Grand Bahama island, about 150 miles (240 kilometers) from Florida's Atlantic coast. Most people came from Sweeting Cay, a fishing town of a few hundred people about 5 feet (1.5 meters) above sea level.

"We're not taking no chances," said Margaret Bassett, a ferry boat driver for the Deep Water Cay resort. "They said evacuate, you have to evacuate."

Florida Prepares For The Arrival Of Hurricane Dorian

Over two or three days, the slow-moving hurricane could dump as much as 4 feet (1 meter) of rain, unleash devastating winds and whip up a dangerous storm surge, said private meteorologist Ryan Maue, seconding some of the most reliable computer models.

Jeffrey Allen, who lives in Freeport on Grand Bahama, said he had learned after several storms that sometimes predictions of damage don't materialize, but he still takes precautions.
"It's almost as if you wait with anticipation, hoping that it's never as bad as they say it will be. However, you prepare for the worst nonetheless," he said.

On average, the Bahamas archipelago gets a direct hit from a hurricane every four years, officials said. Construction codes require homes to have metal reinforcements for roof beams to withstand winds into the upper limits of a Category 4 hurricane, and compliance is generally tight for residents who can afford it. Risks are higher in poorer communities, which typically have wooden homes and are generally in lower-lying areas.

The slow-crawling storm was predicted to take until Monday afternoon to pass over the Bahamas, and then turn sharply and skirt up the U.S. coast, staying just off Florida and Georgia on Tuesday and Wednesday and then buffeting South Carolina and North Carolina on Thursday.

Florida Gov. Ron DeSantis warned residents along that state's densely populated Atlantic coast, "We're not out of the woods yet."

He noted some forecast models still bring Dorian close to or even onto the Florida peninsula.

"That could produce life-threatening storm surge and hurricane force winds," DeSantis said. "That cone of uncertainty still includes a lot of areas on the east coast of Florida and even into central and north Florida, so we are staying prepared and remaining vigilant."

In Miami, Carmen Segura said she had installed hurricane shutters at her house, bought extra gas and secured water and food for at least three days. She felt well prepared and less worried, given the latest forecasts, but still was uneasy given the storm's unpredictability.

"Part of me still feels like: So, now what?" Segura said.

The hurricane upended some Labor Day holiday weekend plans in the U.S.: Major airlines allowed travelers to change their reservations without fees, big cruise lines rerouted their ships and Cumberland Island National Seashore off Georgia closed to visitors. Disney World and Orlando's other resorts held off announcing any closings.

"So far, there hasn't even been a snippet of conversation about evacuations," she said.