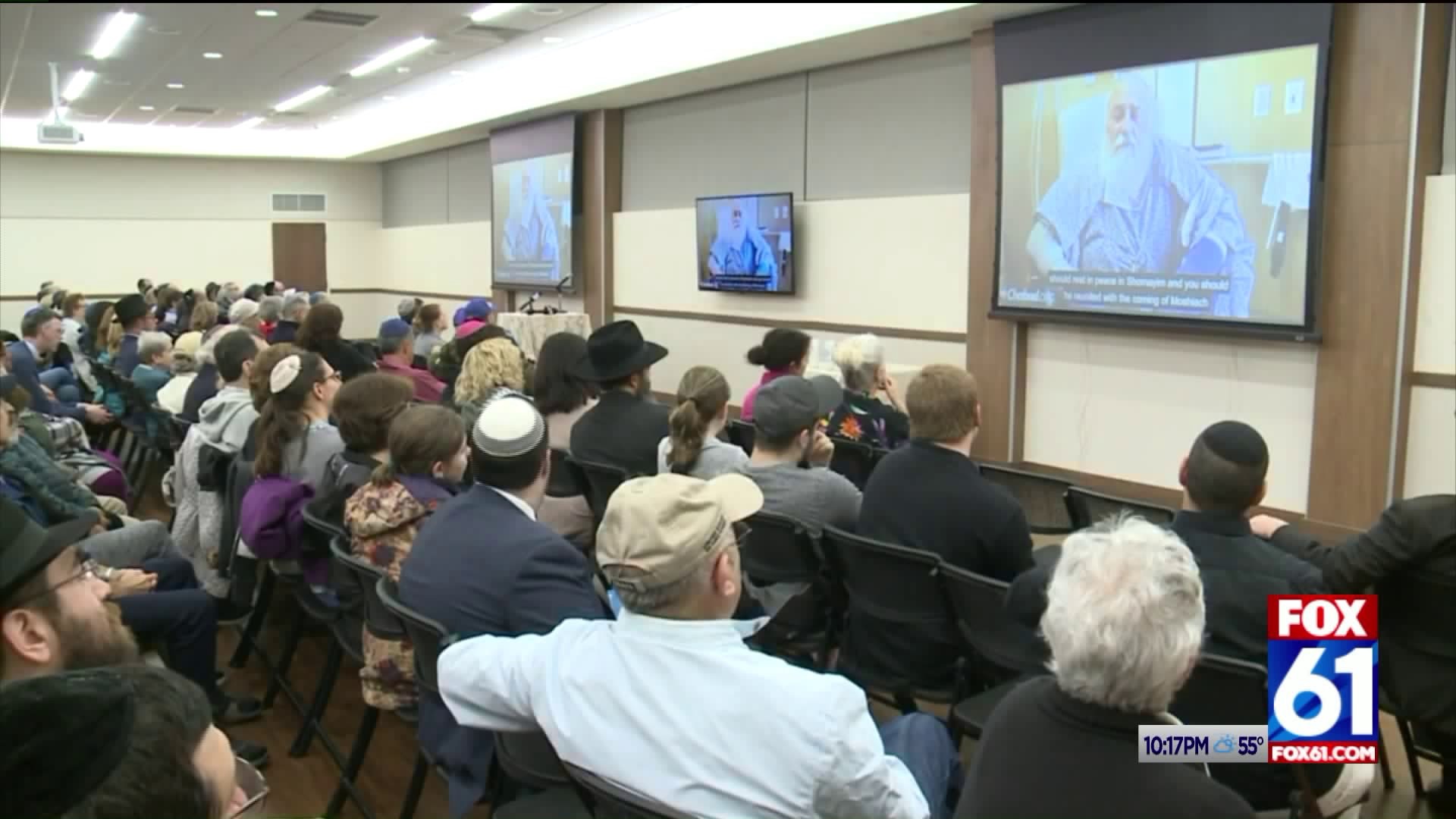 WEST HARTFORD — Dozens of people gathered Thursday night at the Mandell Jewish Community Center of West Hartford, in memory of Lori Gilbert-Kaye, who died Saturday when a gunman attacked a synagogue in Southern California. Three others suffered injuries, including the rabbi and an 8-year-old girl.

The Thursday night gathering included many Jewish people, leaders of other faiths and local politicians.

“As a Christian, I recognize that this event in particular brings out an ugly history for us,” said Joel Lohr, President of the Hartford Seminary.

“The responsible thing to do for us is to be prudent about security -- not to be paranoid, but to be prudent,” said Rabbi Yosef Wolvovsky of the Chabad of Glastonbury.

There was a heavy police presence at the JCC during the vigil.

“This was very close to home,” said Laura Zimmerman, who works for the Jewish Federation if Greater Hartford. Zimmerman’s son, Jonathan, is now a police sergeant in San Diego and he responded to the synagogue attack.

“We go back a few decades and we lost six million people,” said Joel Leyden, an Israeli-American who lives in the Hartford area. “Today we say never again.”

According to the Department of Justice, hate crimes, including those motivated by religion, have increased steadily since 2016. Community members spoke about those statistics Thursday night, as well.