HARTFORD —  Families were shocked to hear that the Childhood Center on Grace Street in Hartford would be closing due to budget cuts. Now they have less th... 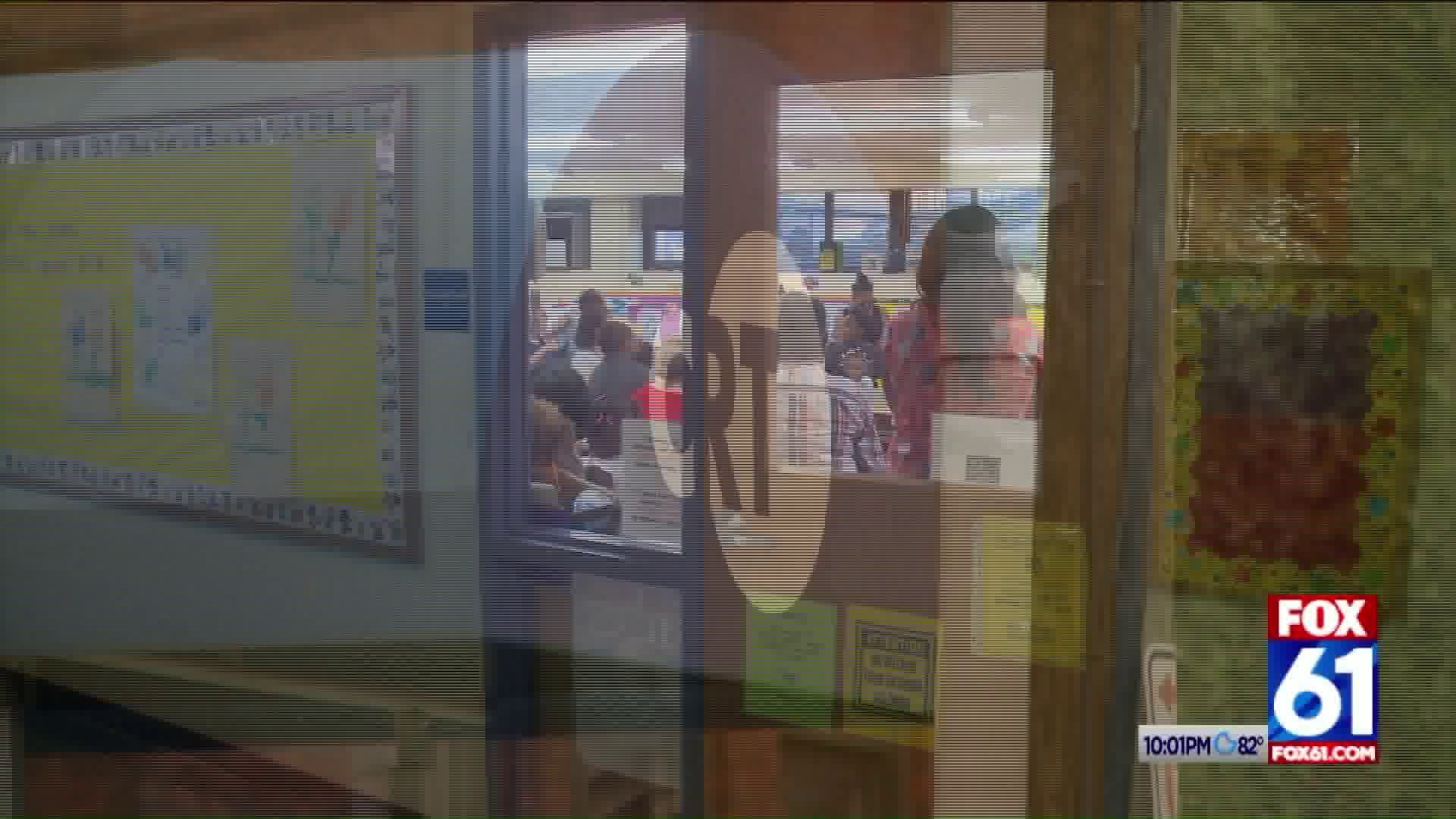 HARTFORD --  Families were shocked to hear that the Childhood Center on Grace Street in Hartford would be closing due to budget cuts.

Now they have less than a month to find a new place for their children to go.

"It’s huge. This is a big community school. Lots of classrooms and lots of families," said Jason Black, the Communication Director for the Community Renewal Team.

About 1,000 children are served by the state-funded school readiness program through 18 different organizations. CRT serves a littler more than 200 children, but is losing 117 slots. Those slots, and the money supporting them, will be redistributed to other organizations.

The cuts are forcing the Childhood Center on Grace Street to close its doors August 27th. The Community Renewal Team announced those cuts in a meeting Tuesday afternoon to parents.

"It’s terrible. It’s upsetting. I really hope that they change their mind and find a way to keep it open for our children," said Christina Bram, a parent whose child takes part in the all-day, year-round program.

CRT was first notified of the cuts in a letter from the City on June 25th. The cuts were supposed to go into effect July 1st.

After some back-and-forth between the CRT and the City, CRT is losing 117 slots cutting the program in half. This left them no choice but to close the Grace Street facility. Black called it a terrible decision hurting families who rely on the year round support.

"We’re not closed during the summer," said CRT communications director Jason Black. "We’re open right now all these families rely on that. Working families in the city of Hartford are basically being told you’re going to need to find somewhere else to take your kids."

A review of all early childhood programs ranked the CRT programs near the bottom of the list. In a letter obtained by FOX61 from the City of Hartford about the closure, they mentioned the spots are being cut due to low scores for quality of teachers and a high staff turnover rate. The city also mentioned that many of the slots went unfilled.

"The decision to reallocate CRT’s School Readiness Program slots was not made lightly," the letter from the city said, "and it was made after considering a variety of factors, including performance measures based on information directly from CRT."

The letter laid out the following reasons for cuts:

"Out of eighteen agencies that applied for School Readiness Program slots, CRT ranked sixteenth, and it was docked ten points because of an incomplete application, as required by the State of Connecticut," the letter stated.

CRT argues findings from the City of Hartford were mostly subjective and not based on substantive data. Some families will be able to move their children to three other CRT locations.

A statement from Kim Oliver, Director of the Department of Children, Families, Youth, and Recreation defends the city's decision:

“Hartford receives approximately 1,300 School Readiness Program slots from the State for the School Readiness Program, which are allocated to a variety of community partners through an application process that measures and reviews providers’ performance. The decision to allocate slots to providers is made by the Mayor’s Cabinet for Young Children, 11 members representing parents, philanthropy, early childhood education, higher education, health care, Hartford Public Library, Hartford Public Schools, and the City of Hartford.  During this year’s allocation of slots, multiple providers had slots reduced, including CRT, and slot allocations were reviewed and approved by the State of Connecticut’s Office of Early Childhood.  In response to the reduction in slots, CRT chose to close one of their centers and our staff has been planning to transition affected families to new providers.  When it comes to our kids, we have to have high standards and demand the very best, and we remain committed to working with all our providers to ensure we’re delivering high quality programming for Hartford children and families.”