FARMINGTON – Police investigators were back at the private and secluded Jefferson Crossing neighborhood Friday afternoon. Police have been on the road to search... 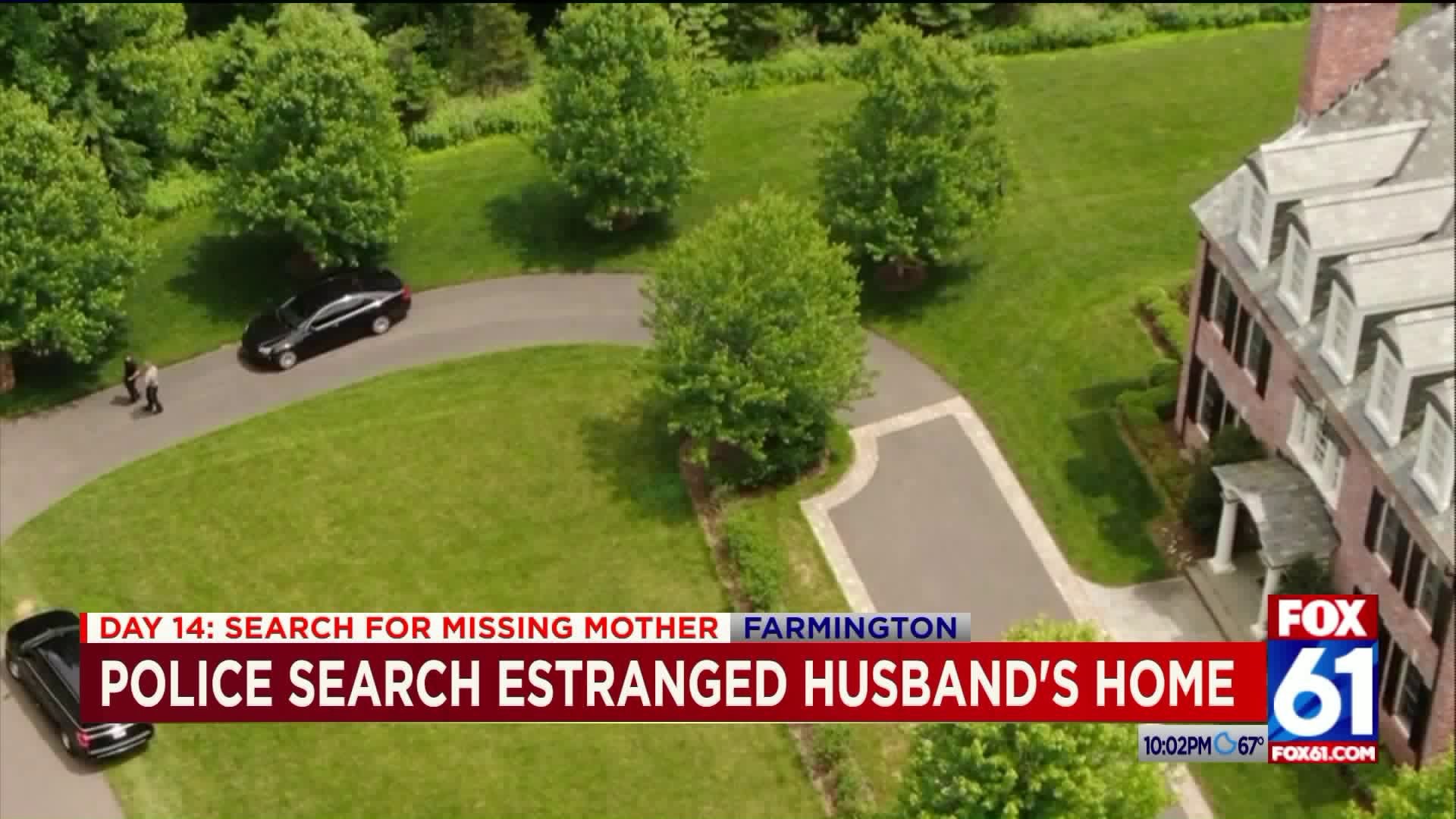 FARMINGTON – Police investigators were back at the private and secluded Jefferson Crossing neighborhood Friday afternoon.

Police have been on the road to search for answers in the disappearance of Jennifer Dulos. Jennifer was last seen two weeks ago, when she dropped her children off at New Canaan Country School on May 24.

Sky 61, FOX61’s drone, captured images of police walking around the property of 4 Jefferson Crossing, which is owned by Jennifer’s estranged husband Fotis Dulos. The video showed what appeared to be a woman that resembles Michelle Troconis, Fotis Dulos’ girlfriend who faces evidence tampering and hindering prosecution charges. A man who resembles Troconis’ Attorney Anthony Bowman also walked with the woman and investigators outside the home.

Troconis was interviewed by State Police and Stamford/Norwalk State’s Attorney Richard J. Colangelo, Jr. at Bowman’s Westport office on Thursday. Troconis has been free on bail since her arraignment on Monday. She is being monitored by a GPS ankle bracelet.

Troconis and Fotis Dulos were arrested at the Avon Marriott Residence Inn on June 1. Both are charged with felony tampering of evidence and hindering prosecution.

The search for her and criminal investigation into Jennifer’s disappearance has gained national attention, most notably because of her custody battle with her estranged husband and his subsequent arrest.

An attorney for Jennifer’s mother Gloria Farber filed a motion Friday to drop Jennifer as a defendant from a lawsuit over unpaid debt. Farber was suing on behalf of the state for Jennifer’s late father. The lawsuit, against both Jennifer and Fotis, alleges Hilliard Farber loaned money to Dulos for Foregroup projects and millions of dollars weren’t repaid. Friday’s motion, if granted by a judge, would remove Jennifer’s name from the case. Farber also has a separate similar lawsuit which lists Fotis Dulos and Foregroup Inc. as defendants.

Fotis Dulos is still being held on $500,000 bond at Bridgeport Correctional. He has not made bond. Typically bail can be secured by putting up 10 percent of the bond amount.

“We are seizing and analyzing every piece of evidence,” Commissioner of Emergency Service and Public Protection James Rovella, told FOX61 in an exclusive interview Friday. Rovella oversees State Police. “Not only physical evidence, but hitting our witnesses our real people and our electronic evidence,” Rovella said.

Police K9s were seen at 4 Jefferson Crossing Wednesday evening. A Connecticut State Police Sergeant told FOX61 Wednesday night that the agency will hold the scene as long as a search warrant is active.

New Canaan and State Police have secured multiple search warrants in the case.