EAST HARTFORD — An East Hartford man facing deportation thought he was out of time and out of options. But, Thursday at noon, when he reported to immigrat... 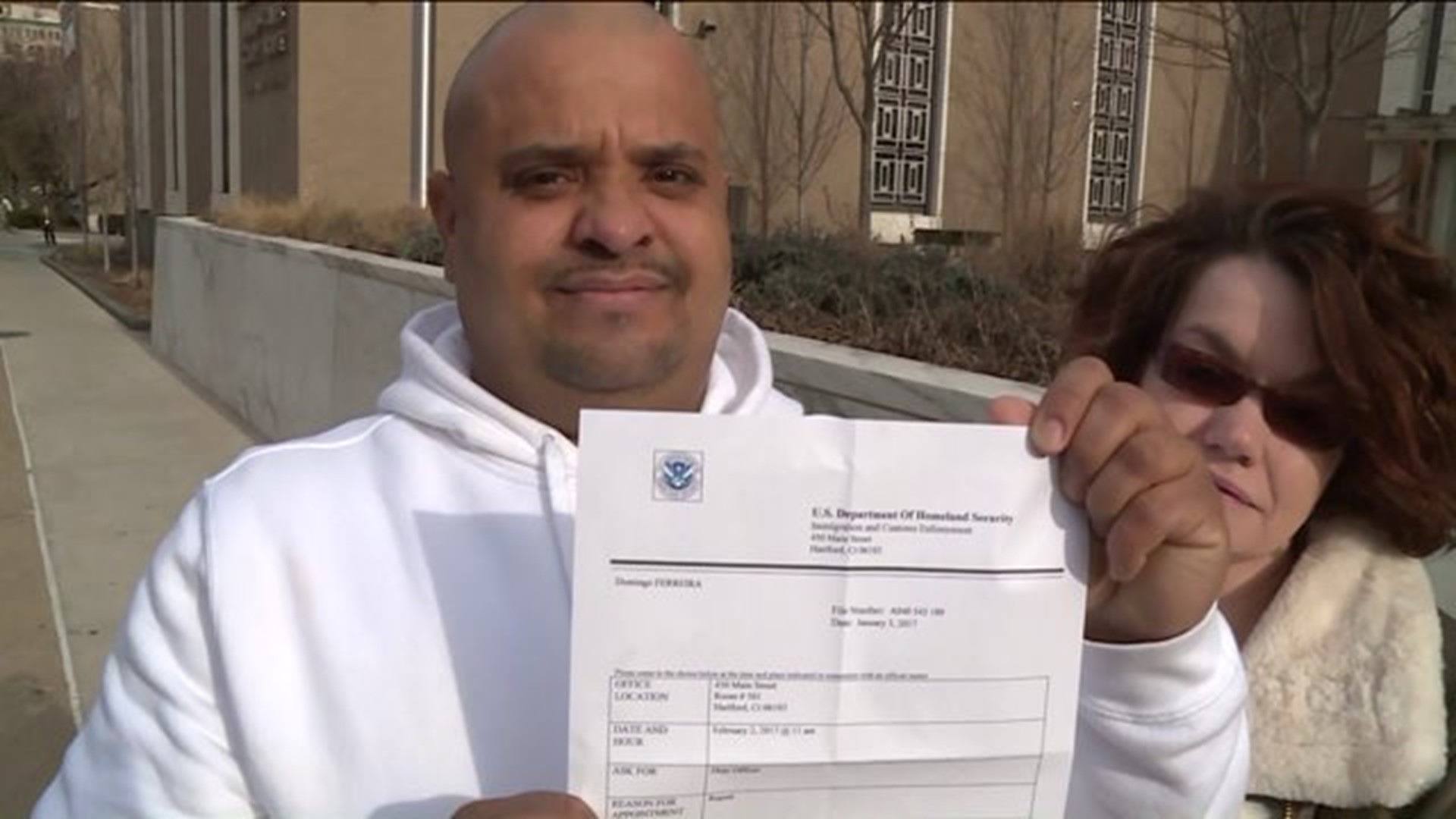 EAST HARTFORD -- An East Hartford man facing deportation thought he was out of time and out of options. But, Thursday at noon, when he reported to immigration services, he got a surprise extension.

Domingo Ferreira, who is in the United States legally, got a certified letter from U.S. Immigration and Customs Enforcement (ICE) on the day after Thanksgiving telling him he was to be deported on December 6.

But Sen. Richard Blumenthal heard about his family’s story and was able to get Domingo’s deportation delayed for 30 days. Blumenthal told FOX 61 the family's story tugged at his heart. 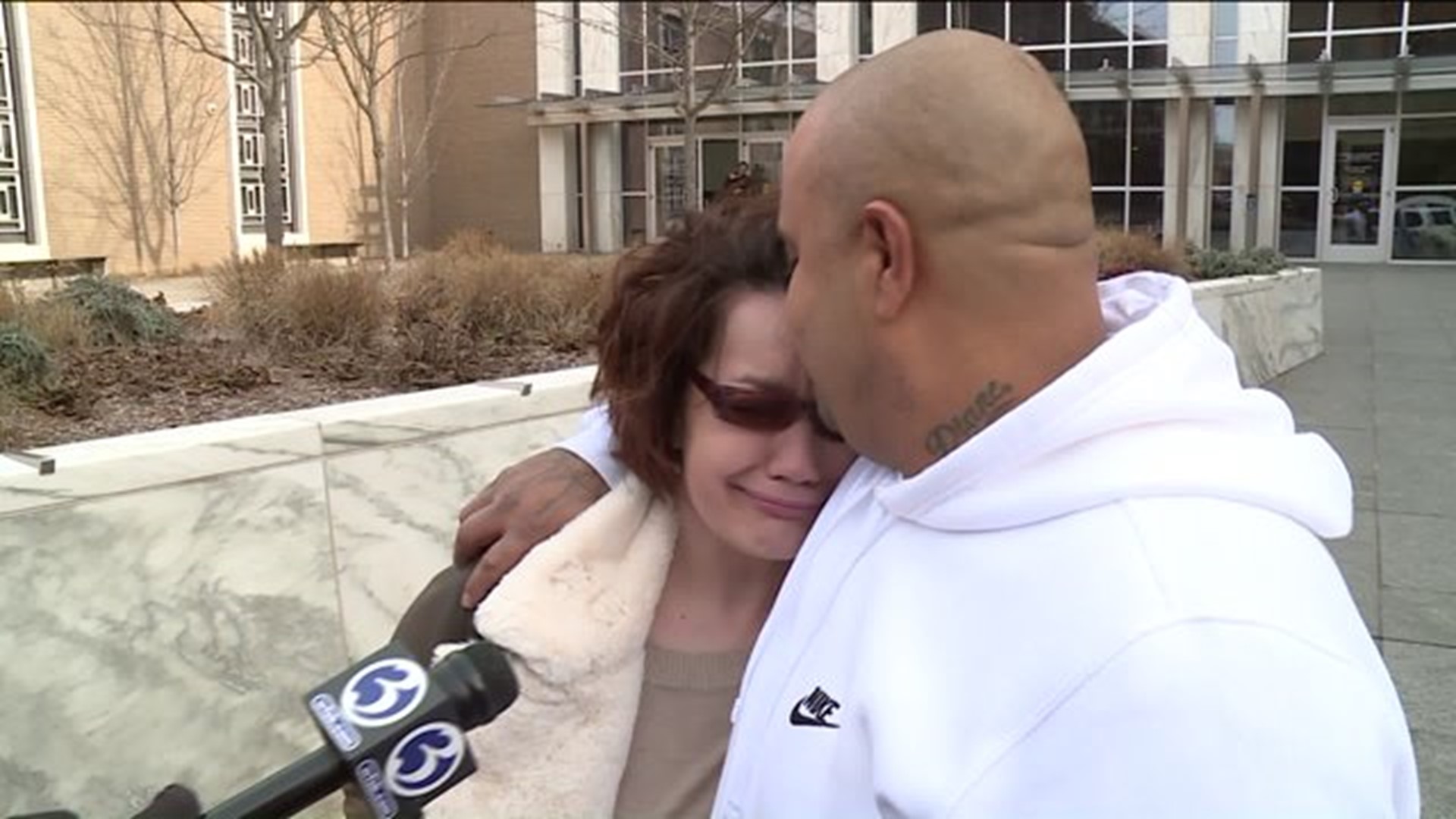 Domingo’s wife Diane Ferreira has an inoperable brain tumor. One of their daughters has lupus and fibromyalgia, and is currently undergoing chemotherapy for what doctors believe could be pancreatic cancer. Domingo is their primary caregiver.

The 30 days ran out on Thursday, January 5. When Ferreira reported to ICE, he was told he has received an additional 30 days. At this time, there is no explanation as to why, and their case is still under review.

"A woman just handed us a paper and just said that they're still looking into his case," said Diane Ferreira, Domingo's wife of 23 years.

"I started crying and the lady smiled," said Domingo.

"And he thanked her about 100 times," added Diane.

Through tears, the Ferreiras told FOX 61 they are totally shocked and believe it's nothing short of a miracle.

Ferriera is now scheduled to be deported on February 2.

The Ferreiras have three kids, a granddaughter and a grandson on the way.

“He seems to be the kind of immigrant that we want to have - responsible, and working and supporting his family,” Attorney Chester Fairlie said.

Fairlie represents the estate of Casey Chadwick, a 25-year-old killed at the hands of an illegal Haitian Immigrant, Jean Jacques.

He was never deported after his release, in fact, federal authorities failed to deport him three times, according to a report from the Office of the Inspector General, because Haiti officials wouldn’t take him back.

This case has Fairlie advocating for the deportation of violent criminals, which is the idea behind the Obama Administrations Priority Enforcement Program.

“The case from East Hartford seems to be going in the opposite direction it seems to be taking someone who does have the capacity to contribute, someone who shows he has worthy characteristics to stay here and yet now he's scheduled for deportation,” he said referring to Ferreria.

He believes this case doesn’t enhance public safety, rather subverts it if his Ferreira’s family loses their source of support.

“Part of the problem is immigration and deportation is a hodgepodge of regulations and policies put together over time that don’t always seem fair,” he said. “This is particularly true of people who have committed minor offenses  then lived good lives, people who have tried hard to keep jobs and support families.”

Domingo came to Connecticut from the Dominican Republican when he was 14 years old. Now, Domingo is being deported due to a crime he committed 12 years ago. He stole a purse and was charged with larceny. He confessed to the crime and spent some time prison in the U.S. He said it was during a time of weakness when he was struggling to support his family.

Their family has spent around $40,000 trying to fight the deportation, including applying for pardons through the state of Connecticut twice. He was denied both times, but they recently learned even that wouldn’t have kept him in the States. They continue to seek legal help and have a GoFundme page to raise legal funds.