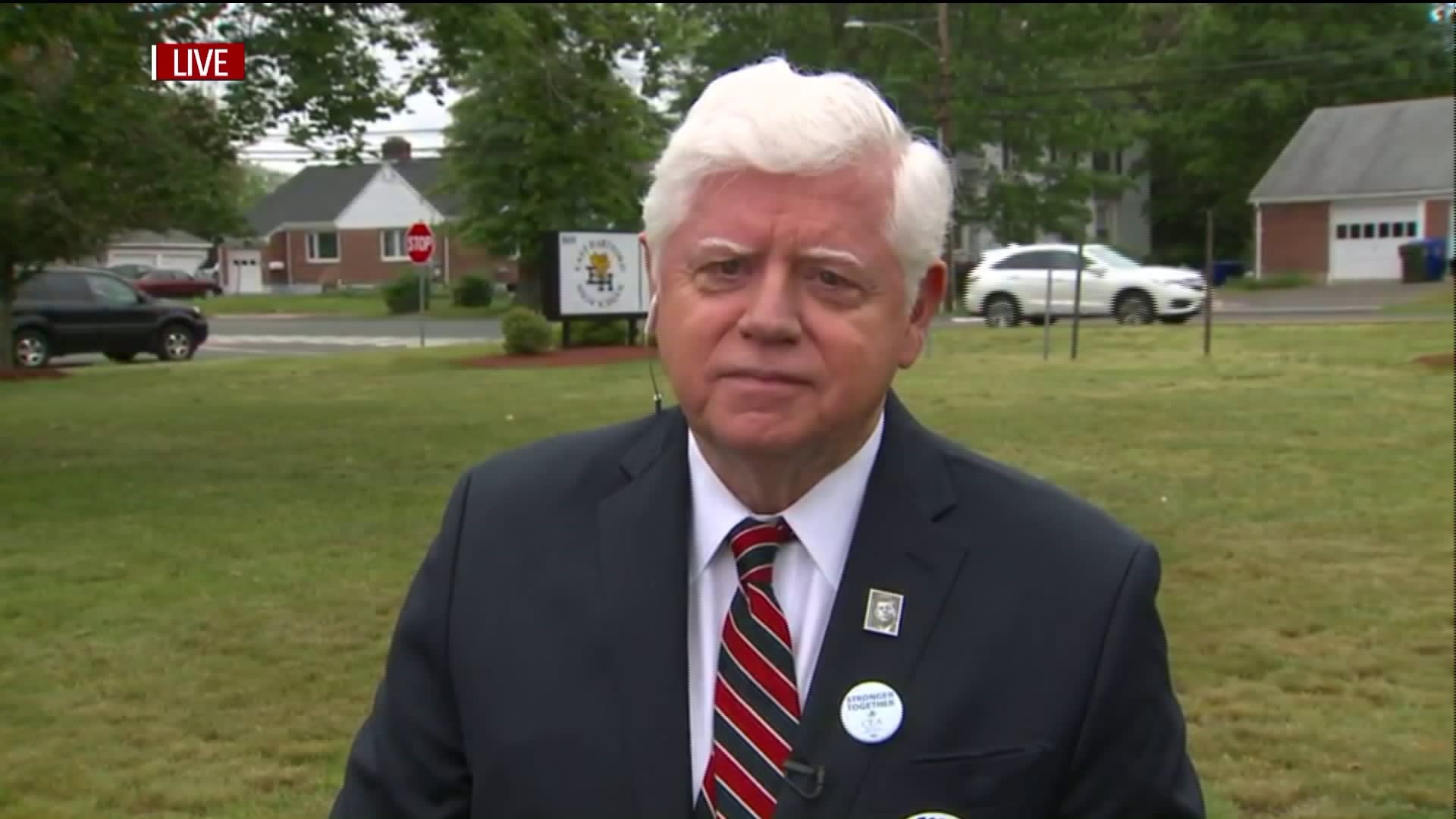 Their letter and the rally come in response to DeVos's comments during a congressional hearing last week in which she recounted the experiences of a former East Hartford High School student who called the school a "dangerous daycare."

"I couldn't fathom why she [DeVos] would say that," said junior Tasnim Islam, who also wrote the letter.

The students who penned the letter credit the high school's academic offerings, extracurricular opportunities and teaching staff with their successes.

"They come to our games," said junior Michael Lachnicht, who also contributed to the letter. "They come to our awards nights. They give us letters of recommendation and they do that on their own time."

The students are unsure why DeVos singled out one former student.

"I was kind of disappointed that she took one student's opinion and that was her whole viewpoint on our school," said Daley.

They said they welcome DeVos to come and tour East Hartford High School so they can get a true picture of what it's like.

"Our school is not a dangerous place," said Daley. "It's a safe and loving place for anyone who wants to come."

Also in attendance was Congressman John Larson, an alumni, and also an East Hartford native.

"Secretary DeVos should know better than to stereotype an entire community, and the hurt that she perpetrated upon the students and the community... well you saw it this morning," said Larson.

Larson has promised to personally deliver all community letters to DeVos. Meanwhile, Governor Dannel Malloy also sent a letter to DeVos. You can read the letter here.

DeVos last week quoted a former student saying the school was "nothing more than adult day care ... a dangerous day care." The remarks came during testimony before a congressional subcommittee about what DeVos called the failure of public schools and the need for more school choice.

A U.S. Education Department spokeswoman says DeVos testified about how many students need educational options and did not generalize about the high school's student body.