EAST HAVEN — Police officers responded to Palmetto Trail in East Haven on Monday afternoon after 911 calls alerted them to a dog attack. When they respond... 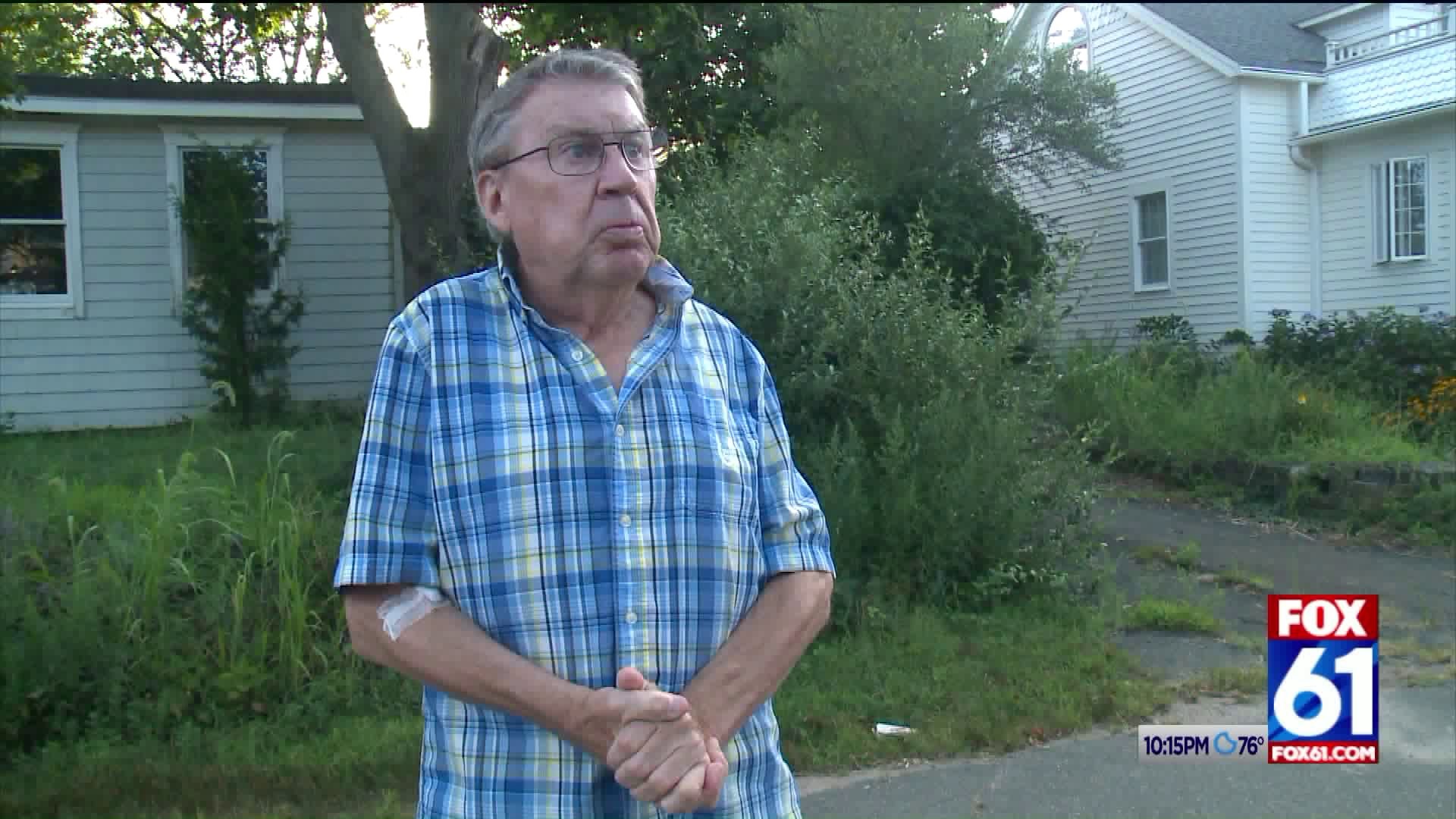 EAST HAVEN -- Police officers responded to Palmetto Trail in East Haven on Monday afternoon after 911 calls alerted them to a dog attack.

When they responded, they found Tom Kucenski, a resident of the street  suffering from several non-life threatening injuries.

“The dogs were outside were outside,” said Kucenski. “They came and attacked me. It’s a long backward walk to my house.”

Jeffrey Monigle doubts the story. He lives on Palmetto Trail, too, with his fiance, a 2-year-old boy and their three rescues. He said their dogs would never hurt anyone.

“None of our dogs are mean or vicious or anything,” said Monigle.

“They broke the skin and that’s gonna be a problem,” said Kucenski.

Marcia Kucenski is now credited with saving her husband.

“He told me to get in the house but I came back with this,” said Marcia, pointing to a piece of wood. “I tried to help him.”

Neighbors said the dogs have been a problem in the past. And other neighbors complain about Monigle’s history -- according to public records, he’s a registered sex offender.

“What does my criminal history have to do with my dogs?” said Monigle.

Monigle said his dogs have never gotten out of the house on their own.

The incident remains under investigation by animal control.