EAST HAVEN— Police said they arrested a man for allegedly assaulting his mother with a phone Tuesday. East Haven police said they were dispatched to a hom... 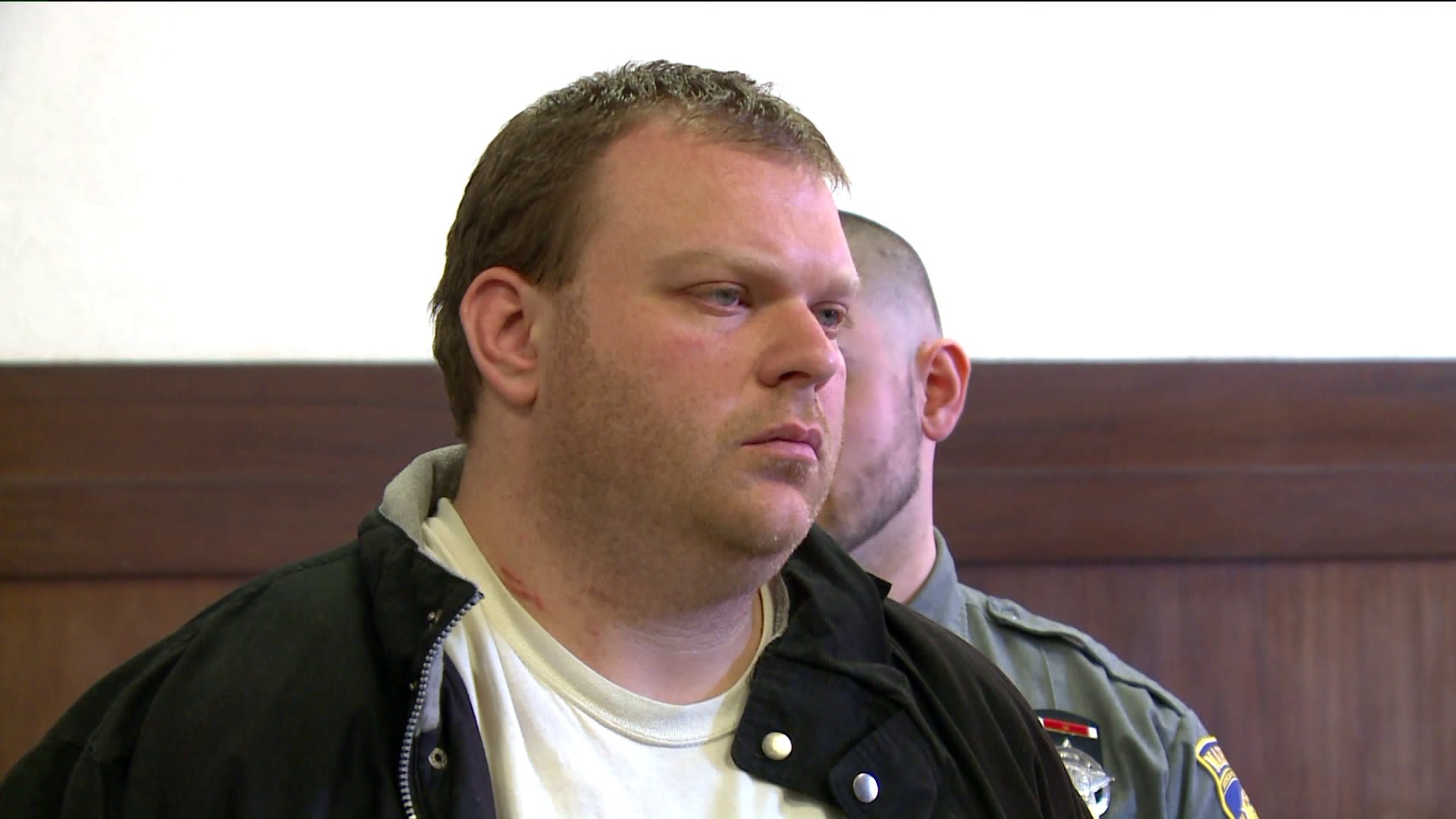 EAST HAVEN-- Police said they arrested a man for allegedly assaulting his mother with a phone Tuesday.

East Haven police said they were dispatched to a home after being notified by East Haven Fire Department Personnel that they were on scene of a serious domestic violence assault.

"Upon officer’s arrival, it was determined that a 59-year-old female had just been assaulted by her son," police said.

The victim then told police that she was able to run into her bedroom and lock the door, but Champlin forced his way into her locked bedroom by kicking it open, grabbed the cordless phone from her and struck her in the back of the head with it several times, breaking the phone.

He then fled the scene, police said.

The victim was transported to the hospital with serious but non- life-threatening injuries, police added.

Police said after leaving the victim’s residence, a search for Champlin took place.

"While searching for him, officers received a tip that Champlin had been dropped off at the Old Stone Church. Officers made contact with church employees who were not sure if Champlin was inside, but invited them in to look for him," police said.

Police said they found Champlin hiding in an upstairs office and he was taken into custody without further incident.

Police said while they were still on scene, a pastor arrived and blocked in the police cruiser that Champlin was in and demanded that officers release him to her.

"The pastor, who was extremely irate, proceeded to attempt to get in front of the police cruiser when an officer attempted to drive away with Champlin, but was stopped from doing so by another officer on scene," added police. "During this, officers exercised excellent discretion and de-escalated the situation."

Police said the Old Stone Church runs a day care out of the same building as the church.  When Champlin entered the church, police said he had access to the entire interior of the church, including the day care area which, at the time appeared to only be occupied by teachers.

"We do not believe Champlin came in contact with any children," said police.

Police said while they respect the sanctity of a church, they also owe it to victims of domestic violence to apprehend suspects who commit violent felony assaults.

"Officers were also cognizant of the fact that children attending day care might have been exposed to a fleeing felony suspect within the interior of the church," said police. "We feel that the decision to enter the church was the correct one in this particular situation."

Champlin was arrested and charged with assault in the second degree, interfering with an emergency call, disorderly conduct and criminal mischief in the third degree.