Educators and students discuss legislative priorities during ‘Day on the Hill’

HARTFORD — On Wednesday, students, teachers, and superintendents marched to the capitol to make their voices heard during this legislative session. At the... 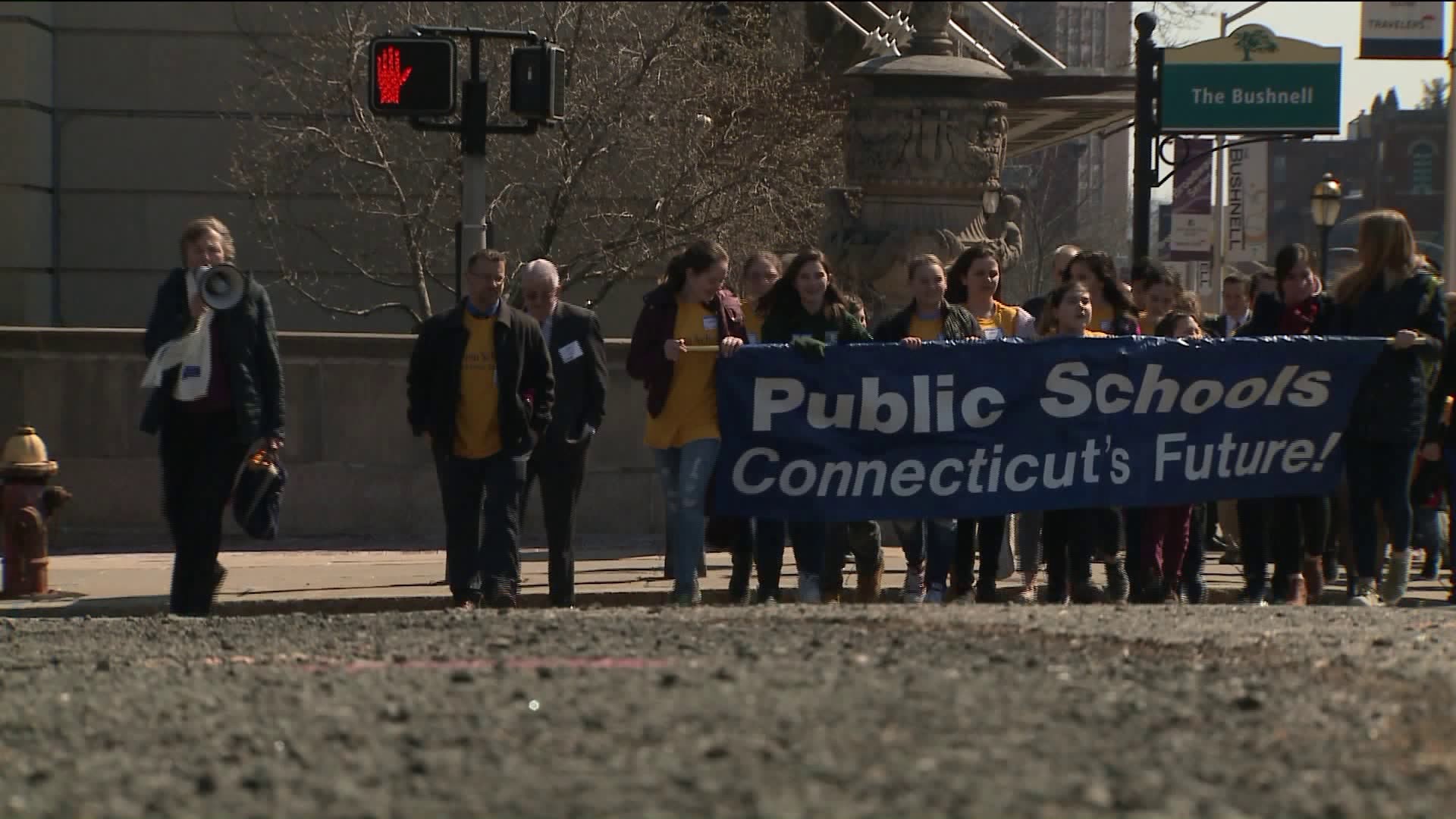 HARTFORD -- On Wednesday, students, teachers, and superintendents marched to the capitol to make their voices heard during this legislative session.

Skylar Haines attends Ram High School and made her way to the capitol to express her concerns regarding regionalization.

“Regionalization, logistically, as far as economics, I think makes sense as a state, but I see a lot of issues going forward. I know it could be detrimental if classes start getting larger,” says Haines.

Others are open to exploring different ideas and figuring out what works for each district.

“I think that word 'regionalization' is almost an anathema right now, people don’t want to hear forced regionalization but they are open in interested in finding ways that school districts can partner in shared services,” says Rep. Kathleen McCarty.

Wednesday, Governor Ned Lamont announced he will revise language in his proposal regarding shared services at schools after hearing concerns raised by community members. He says the new proposal does not force school consolidation, but uses school construction bonds and other funds to incentivize communities to explore ways to cut costs and share services between school districts.

Another hot button issue for educators is school security.

“Because of the tragedy in Newtown, it has really led the nation in many security efforts and again, those security plans are tailored to the needs of the community and individual school building,” says McCarthy.

Another legislative priority for both teachers and the Education Committee is to recruit and retain more teachers of color and that are bilingual for not only urban but also suburban districts.