HARTFORD — In the wake of the recent mass shootings, gun reform advocates are trying to harness outrage, and turn it into action. The partisan rally was held ou... 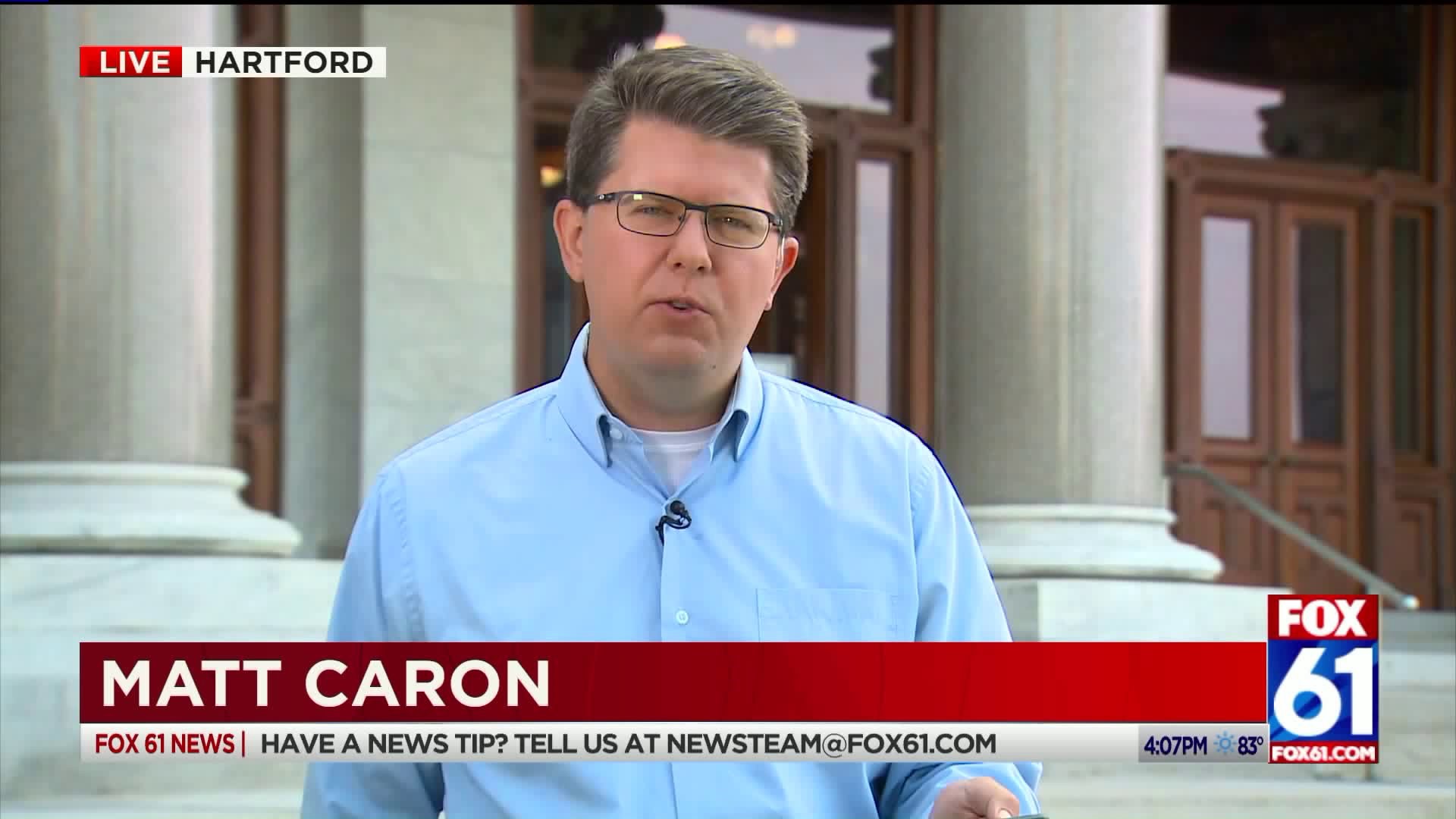 HARTFORD — In the wake of the recent mass shootings, gun reform advocates are trying to harness outrage, and turn it into action.

The partisan rally was held outside the state Capitol Monday. Despite gun reform laws being passed with some bi-partisan support in Connecticut, not a single Republican lawmaker attended the rally.

But the Connecticut Citizens Defense League did put out a statement that read in part, “It is difficult to conceive of any law that would stop someone from attempting to commit the most vile act of mass-murder."

Vaughn Martin of Bloomfield said, “It is a travesty what’s happening in America today.”

Flags are at half staff at the state Capitol until Thursday to show respect for the victims. More than 30 people are dead in El Paso and Dayton. “We are here to talk,” said Sen. Richard Blumenthal, “But we’ve run out of words.”

Calling it domestic terror talk isn’t enough for Moms Demand Action, Connecticut Against Gun Violence and the other gun reform advocacy organizations that stood with local state and federal leaders for a partisan rally.

“The silence on the other side is deafening,” said Lt. Gov. Susan Bysiewicz. In an address to the nation President Donald Trump said, “Now is the time to set destructive partisanship aside.”

The impassioned rally in Hartford came just hours after that address.

“In one voice our nation must condemn racism bigotry and white supremacy,” said the President. But Hartford Mayor Luke Bronin said, “Mr. President. If you look in the mirror you will see the hater in Chief.”

Congressman John Larson called on the U.S. Senate to vote on the universal background check bill passed by the house. He said the legislation is just sitting and waiting for action.

Connecticut has some of the toughest gun laws in the country. Just months ago passing bans on bump stocks, ghost and 3D printer guns, and strengthening safe storage. But some say CT is only as strong as the weakest state.

“We’re pretty good on gun safety laws,” said Governor Ned Lamont. “We’ve got to enforce them and we’ve got to work with our neighboring states.”

Vaughn Martin of Bloomfield said, “As a licensed gun owner myself the idea of having a nationalized registry would stop some of these things from happening because a lot of the mass shooters are going through loopholes.”

At the rally, Democratic leaders called for a ban on assault weapons and high-capacity magazines, they called for universal background checks and what they called a red flag statute to identify violent warning signs.