Inside Hartford’s Emergency Dispatch Center, moments matter. Michael Elwood’s been on the front lines for more than a decade, “You have to nail yourself down, y... 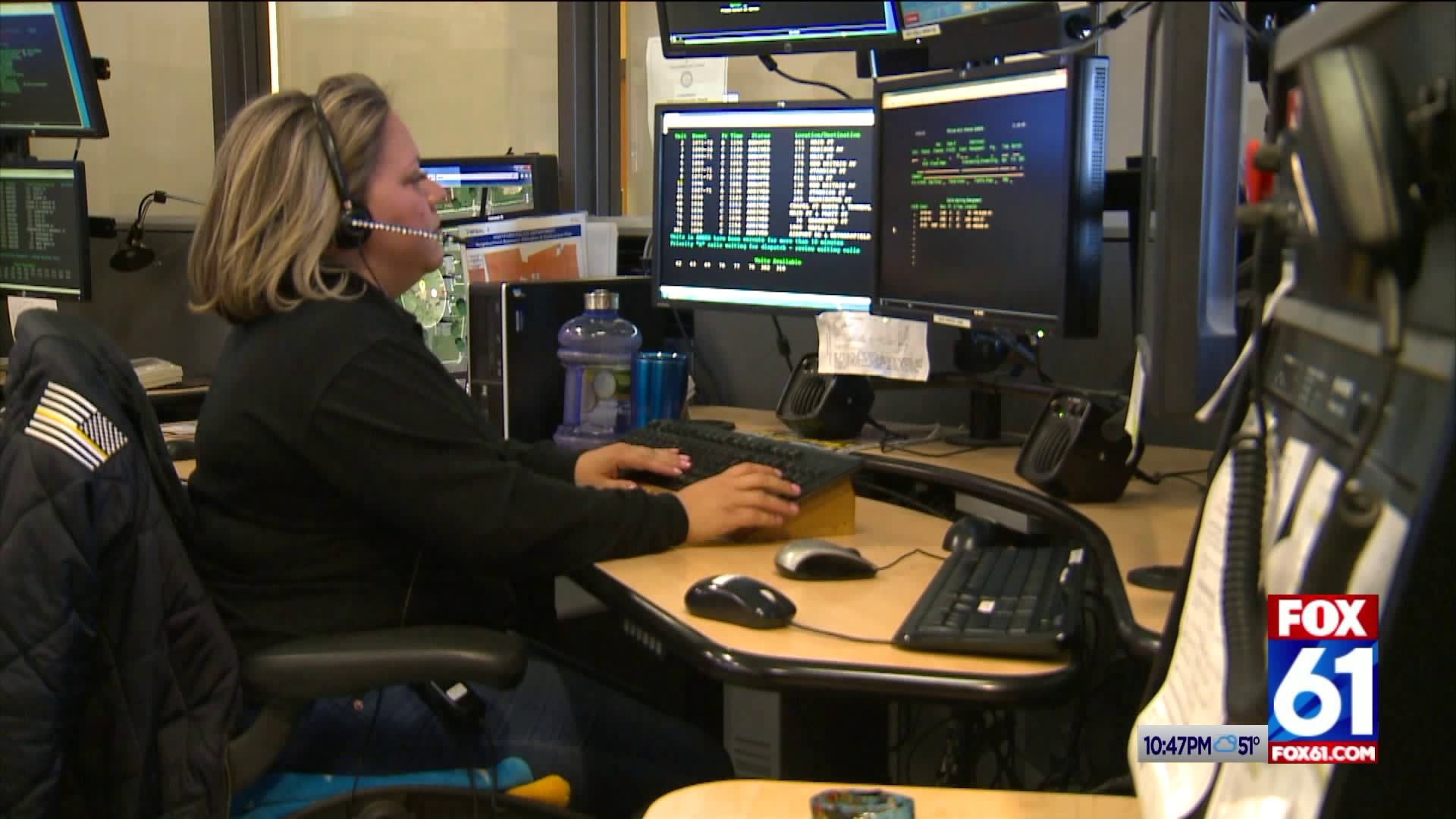 Michael Elwood’s been on the front lines for more than a decade, “You have to nail yourself down, you have to set emotions aside."

Jennifer Martinez has been answering the city’s 911 calls for 15 years, “You have it all day, everyday because you don’t know what you are going to get."

It’s about the same for Sonia Ramos, “They are calling us at a time when it's probably the worst day of their life."

In their combined decades on the job these dispatchers have managed to keep their cool.

"You are kind of on autopilot. If I really think about the person that is in the burning building, or the person who just got shot, it deviates from my ability to do my job," Martinez described.

A busy shift on High Street has these dispatchers answering more than 100 calls a piece.

Bermudez said her team is hiring and in order to qualify, you’ll need a GED and some pretty thick skin.

Bermudez recalled how her team responded when Hartford Police Officer Jill Kidick was attacked with a knife and was left fighting for her life, “When we are doing our job, when that call came in, every single one of these dispatchers stayed focused on the job that they had to do, because we have to get through it,."

Candidates face nine months of training and sign document acknowledging that stress, potentially abusive language and crisis situations are all part of the job. This spring, the call center had more than 100 applicants and it wasn’t enough to fill 12 seats. “You have to be a type of person who comes to work everyday, grinds it out, and get rewarded by the actual job that you are doing,” said Bermudez.

So, why do the job when the pressure is always high and the chance to even make it to day one is low?

“The best part is public safety, it’s basically serving the citizens of the city,” Elwood explained.

So do you think you have what it takes to join this team of dispatchers? Head to the website to apply.