TORRINGTON — A family is finally finding closure following an emotional two and half year journey for justice. On Friday, the woman who killed 32 year old Aisli... 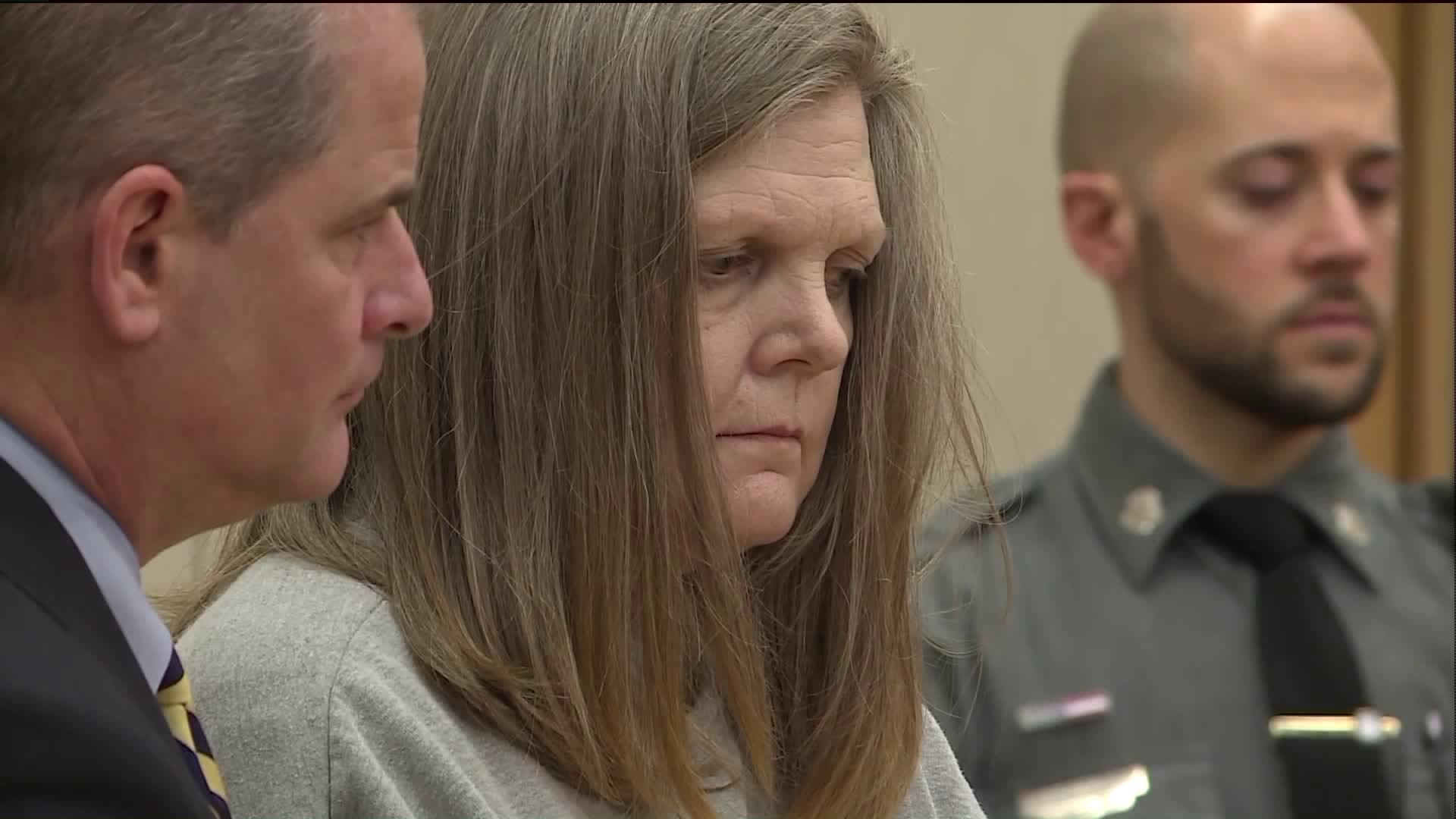 TORRINGTON — A family is finally finding closure following an emotional two and half year journey for justice. On Friday, the woman who killed 32 year old Aislinn Kern of Harwinton in 2016 learned her fate.

October 23rd, 2016 was the day that changed everything. The day is now memorialized in a patch affixed to the vests of the Brotherhood of United Bikers. It was the day Elizabeth Waterbury got in her car impaired by a concoction of drugs and alcohol and crashed into the biker group, killing Aislinn, and seriously injuring five others, including Dan DePaolo. He lost a leg and gained a tattoo. “I'm just happy to have a little bit of closure,” said DePaolo.

There were not many dry eyes inside Torrington Superior Court Friday as the family of Aislinn Kern and a brotherhood of bikers, stood up and spoke out on behalf of a life taken too soon. “I no longer have new pictures. I no longer hear her call me Momma,” said Aislinn’s mother, Donna England during her victim impact statement.

Aislinn Kern had a smile that was larger than life. Lizzy & Sarah Laporta are Aislinn’s sisters. “She was a photographer, a writer a reader a mother. She took Bella to horseback riding,” said Lizzy. Aislinn was a wife, sister, daughter, friend and mom. “Her day began and ended with her kids in mind,” explained Sarah. She loved her family, and the wind in her face. Aislinn was a motorcycle rider with her husband Eddie.

The crash is now more than two years removed, but it doesn’t feel that way for victims. “I remember October 23rd 2016 just like it was yesterday,” said Lizzy. The mangled metal of that day has been replaced with a roadside memorial cross.

As for Dan, he still riding. “I think it’s something inside of you. You either curl up in a ball and give up or you don’t,” said DePaolo.

Inside the courtroom, the emotional victim impact statements from Aislinn’s Mom, Donna continued. “Strangers coming to help me as I collapsed on the floor...The heartache of not getting to her in time to kiss her to tell her how much I love her and say goodbye,” she said.

Elizabeth Waterbury was sentenced to 9 years in prison. “Your license to operate a motor vehicle is permanently suspended,” states the judge. But it’s too late to save Aislinn’s life. Waterbury had two previous DUIs. “We continued to let her do the same thing and to drink and drive and it was like how many chances do you get?” asked Sarah Laporta.

The judge gave Waterbury the chance to speak to the victims. She declined. And even though Waterbury was sentenced to 9 years in prison she was given credit for time served and will likely only be locked up for 6 or less.