Hartford EMT saves partner who was suffering from stroke 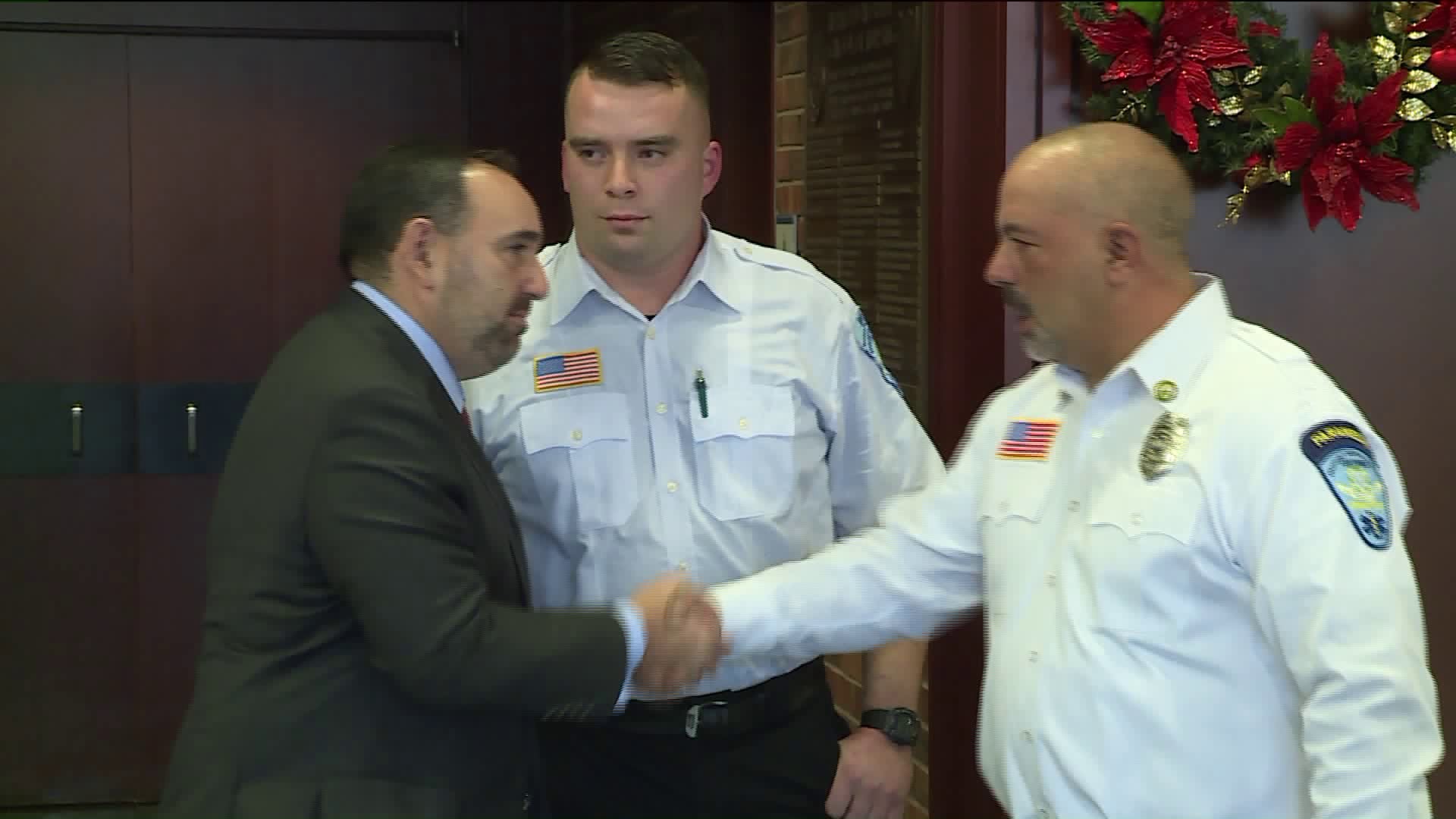 HARTFORD – The team at Hartford Hospital’s Comprehensive Stroke Center had a reason to celebrate Wednesday.

When Aetna Ambulance EMT Ray Berwick realized his partner Chris Cabral was suffering a stroke last month, he quickly rushed his partner to Hartford Hospital, where the trauma team immediately operated on Cabral.

Cabral had a blood clot near his carotid artery.

Cabral said suffering the stroke while in the ambulance was a bit like winning the lottery.

“He recognized something wasn’t right," Cabral said of his partner Berwick. “I was inches away from dying and my partner saved my life.”

Berwick has been working alongside Cabral for the past two and a half years.

"Just seeing him walking around and knowing how lucky it is, it’s awesome,” he said.

In a ceremony Berwick was recognized for his quick thinking, along with the team at Hartford Hospital.

“The role that first responders play is truly, truly lifesaving,” said Jeffrey Flaks, the president of Hartford Healthcare, at the ceremony.

Cabral is undergoing physical therapy but Hartford Hospital neurologists said they expect him to make a full recovery. Cabral noted he hopes to be riding with Berwick in their ambulance again sometime in the spring.