HARTFORD — Protestors marched Wednesday in opposition to a proposed energy plant in Killingly. They used some strong rhetoric to express themselves. Expected to... 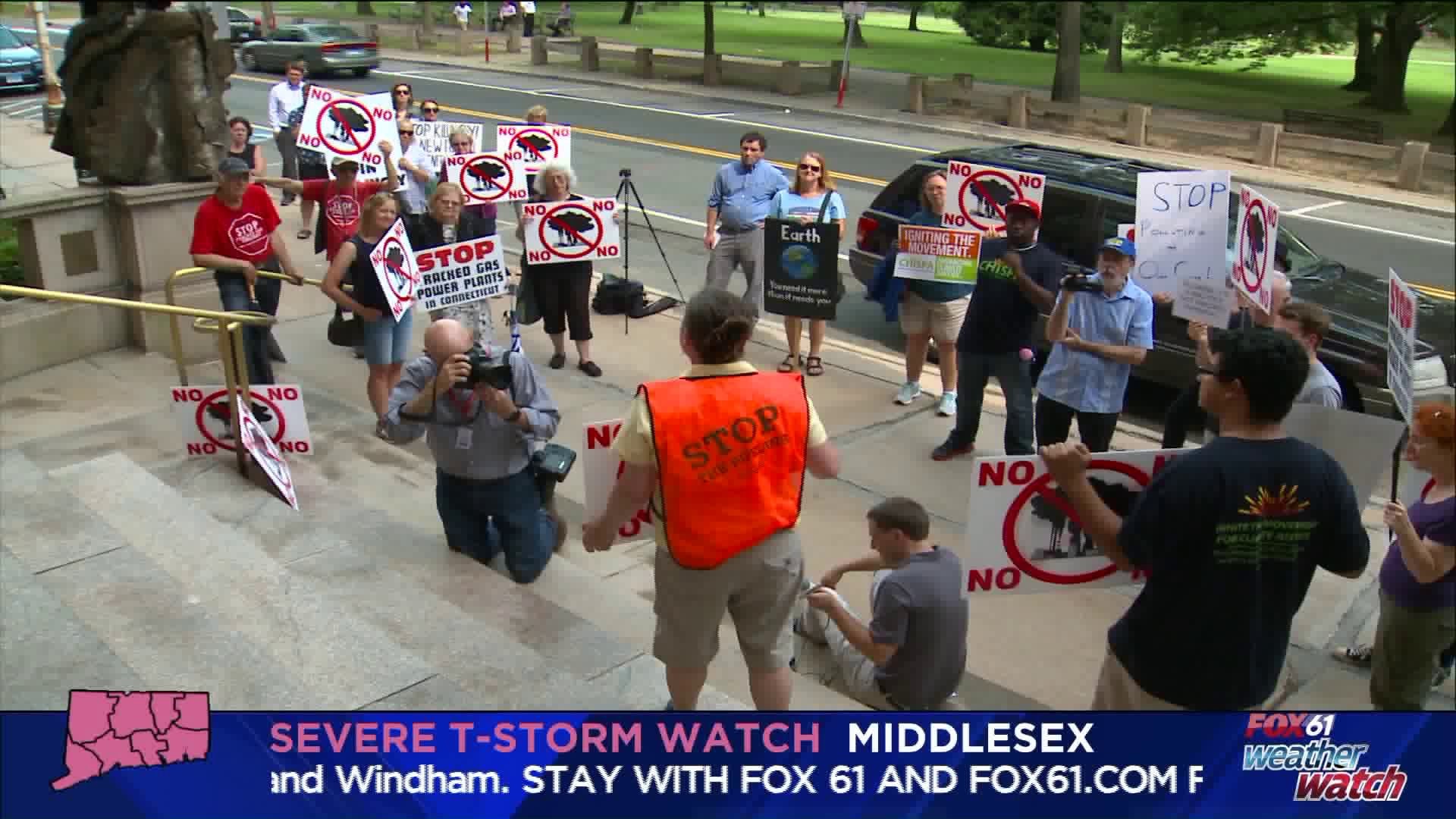 HARTFORD — Protestors marched Wednesday in opposition to a proposed energy plant in Killingly.

They used some strong rhetoric to express themselves.

Expected to create 450 construction jobs and 20 permanent full-time jobs, the Killingly Energy Center will be sandwiched between Alexander Lake and the Quineboag River.

Despite getting all the regulatory approval, environmentalists are still shouting at the top of their lungs to try to stop it.

“How much is enough?” they asked.

They marched in opposition to the proposed Killingly Energy Center.

“We already have poor air quality. We don’t need to make it poorer,” she said. Martha Klein of Sierra Club Connecticut said, “Fracked methane or natural gas as it’s caused euphemistically is worse for the climate than burning coal or oil.”

“Compared to other fossil fuel power plants, this one is one of the most efficient and cleanest burning that’s being deployed across the country.”

Grid operator ISO New England wants the plant to keep up with grid reliability standards. Connecticut shares the grid with other states. Dykes said, “Connecticut is not the one who called for developing this gas plant.”

Looking toward a zero carbon future, DEEP is harnessing solar and is about to go out to bid for an offshore wind project expected to generate 30 percent of Connecticut’s energy capacity.

Dykes said, “When that offshore wind is built-in compliment with all of the other zero carbon resources that we are deploying, it will squeeze out this natural gas power plant.”

Calling the state’s priorities a mismatch with ISO New England, Dykes said they have a responsibility to maintain grid reliability but remain laser focused on zero carbon renewables as the long-term solution.