Ex-UConn student gets probation in mac and cheese tirade

VERNON— A former UConn student was granted a special form of probation after a drunken tirade over macaroni and cheese in a school cafeteria this fall went vira... 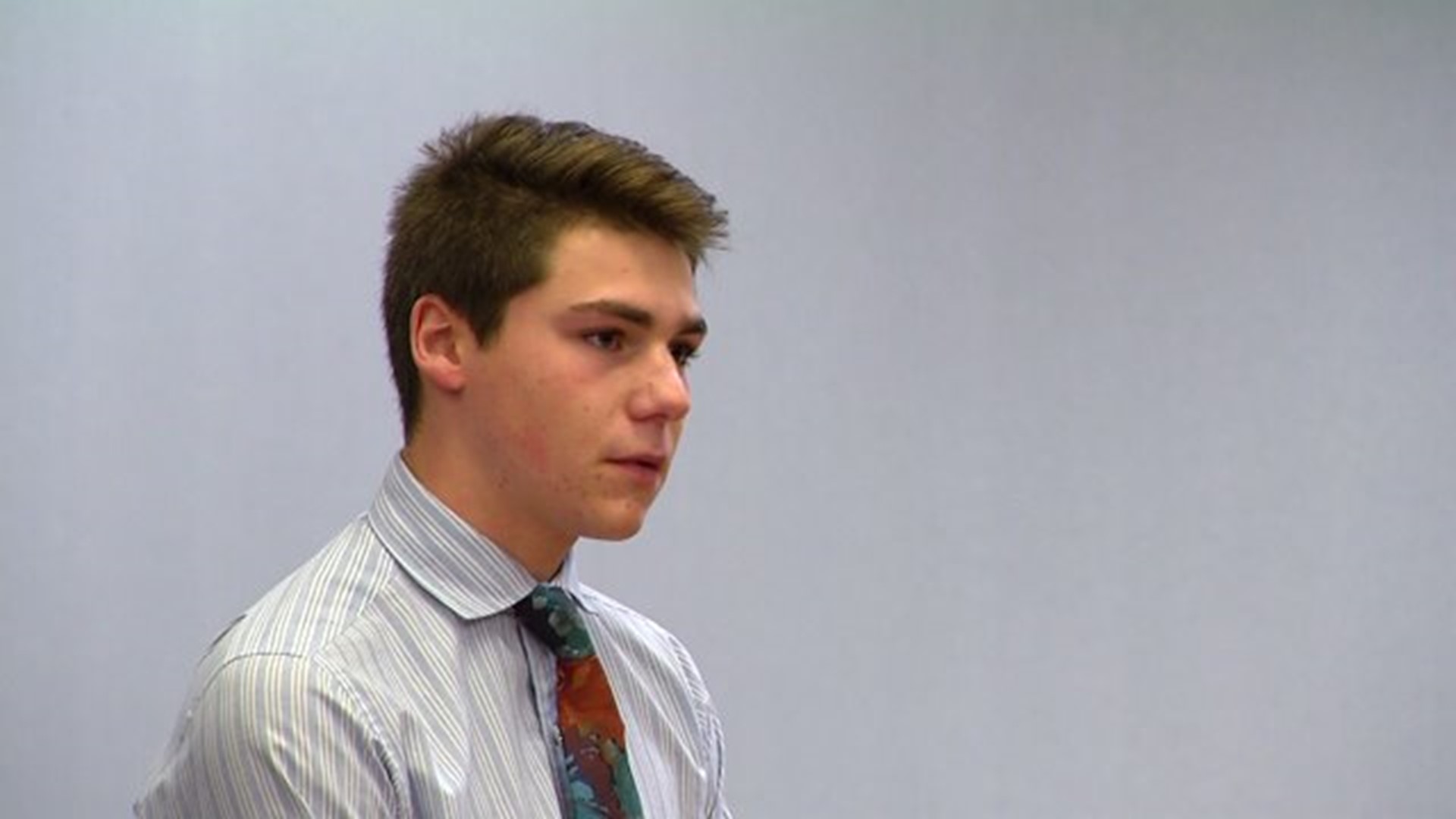 VERNON— A former UConn student was granted a special form of probation after a drunken tirade over macaroni and cheese in a school cafeteria this fall went viral on YouTube.

Luke Gatti, a 19-year-old from Bayville, New York, told the judge at Monday’s hearing he is ashamed of his actions.

"Your honor, I don't have much to say," said Gatti. "I really got nothing to defend. I'm entirely ashamed of my actions."

The Superior Court judge granted accelerated rehabilitation for Gatti, which allows for the charges of misdemeanor breach of peace and criminal trespassing to be dropped after he completes the one year of probation he was sentenced to an 100 hours of community service at a soup kitchen or homeless shelter.

Gatti's attorney, David Kritzman, said there is no justification for his client's behavior. He said Gatti did fly to South America, where the food service manager he berated now lives, to appologize.

"He went down there on his own with his mom and devoted five days to try and earn this man's forgiveness," said Kritzman.

The prosecution pointed out that Gatti's UConn outburst continued even after Gatti was removed from the Student Union.

"[Gatti] continued verbal tirades against the police when he got to the booking room," said Assistant State's Attorney Jaclyn Preville. "[Gatti] raised his middle fingers at the officers in the booking room."

Preville further argued that Gatti's previous two arrests at the University of Massachusetts suggest he may repeat the bad behavior.

The judge said Gatti already had paid a high price for his behavior on October 4 since his belittling of a food service manager in a confrontation was recorded and widely viewed on the Internet.

As part of his probation, Gatti must complete the 100 hours of community service, submit to random drug tests, go to school and work full-time and attend an intensive outpatient treatment program.

If successful, the charges against Gatti will be dropped in one year. If not, the state can pursue the charges further.

Gatti is no longer enrolled at UConn. University officials have declined to say whether he was expelled or left on his own.