BRISTOL — A man accused of killing a cat appeared in court Thursday in Bristol. 27-year-old Johnathan Ely went before a judge where it was learned in addition t... 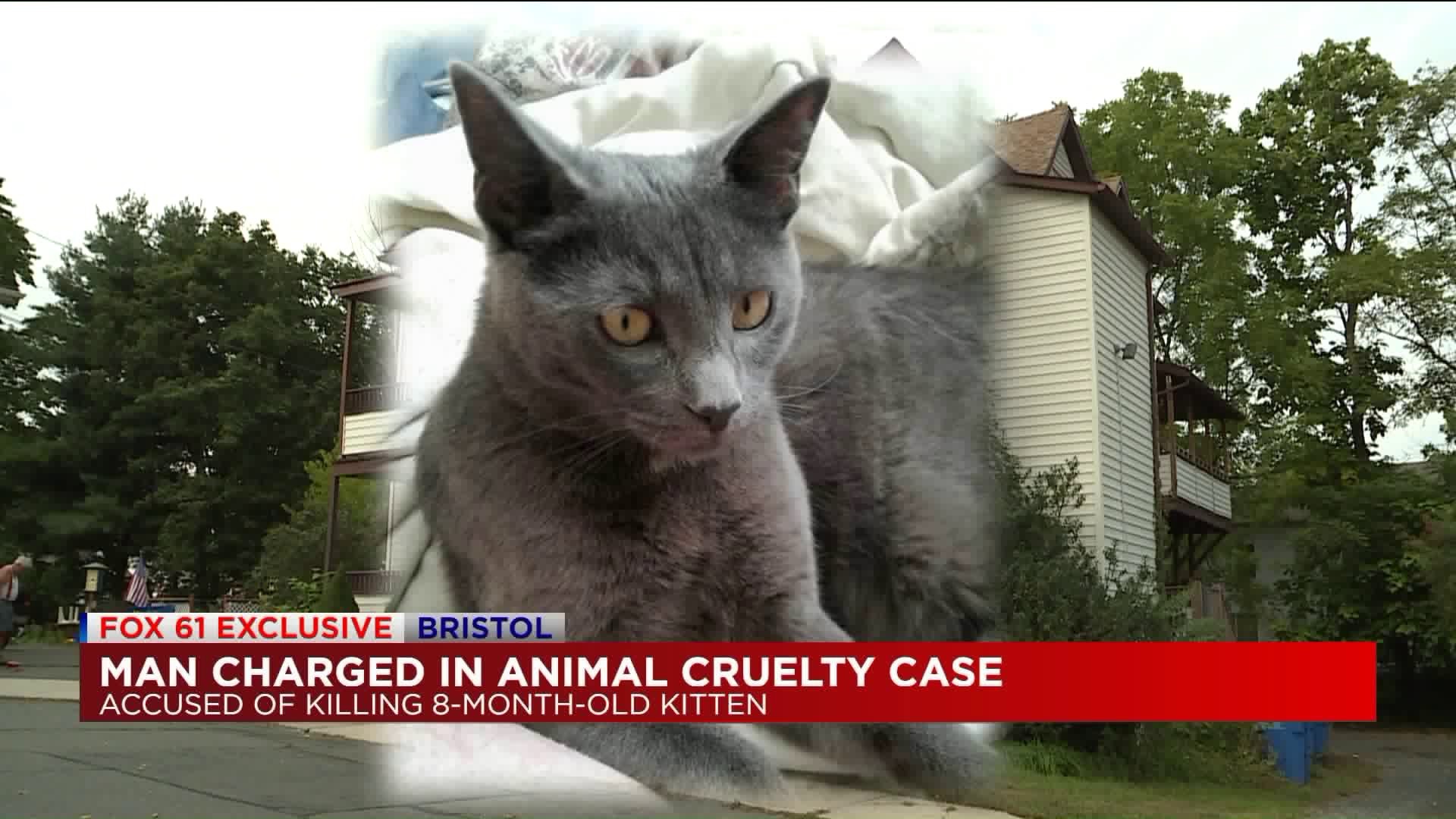 BRISTOL — A man accused of killing a cat appeared in court Thursday in Bristol.

27-year-old Johnathan Ely went before a judge where it was learned in addition to his animal cruelty case, he’s being held on $250,000 bail for violating probation related to a separate strangulation and assault case out of New Britain.

"He was a beautiful cat, and he didn’t deserve this,” Farmer said.

“Because if someone can do this to an 8-month-old kitten, what can they do to a child or the elderly?” asked Robin Zilla Cannamela, the president of Desmond’s Army.

The two men were roommates in a home on Ingraham Place in Bristol where the incident allegedly occurred.

“I let him have a room in my house because he had nowhere to go,” said Farmer. “Now you look at what happened. Johnathan Ely is a wolf in sheeps clothing. You wouldn’t know it by looking at him but he is a monster.”

The men were also co-workers.

A necropsy revealed Gus died of multiple blunt force trauma causing organ tears and internal bleeding. Police interviewed Ely who admitted he may have hit the cat with his steel toed boots, “harder than he thought he did.”

“I had this kitten in my hand the day he was born. And he was my baby,” said Farmer.

"It went to legislation. It took three sessions and we were able to have Desmond’s Law put in place in October of 2016,” said Cannamela.

Desmond’s Law is named for a dog that was killed. The law brings a legal voice to voiceless animals by having an attorney or UConn law student present in the courtroom. Desmond’s Army is fighting six animal cruelty cases in Bristol, 56 across the state.

Ely will be in court tomorrow in New Britain for those unrelated crimes. He will be back here in Bristol in November 2nd. As of now, he has not been appointed an attorney.